Out of all of Europe, Germany boasts the most impressive selection of castles, these magnificent structures widely considered to be the nation’s crown jewels. German castles have been the source of great inspiration over the centuries; the Brothers’ Grimm centred almost all of their fairy tales in Germany and Walt Disney even used one as a model for the development of Sleeping Beauty’s castle in Disneyland!

If you’re travelling to Germany, visiting at least one castle should be on your itinerary. Here is the WOW pick of the 10 most magical fairy tale castles to visit. 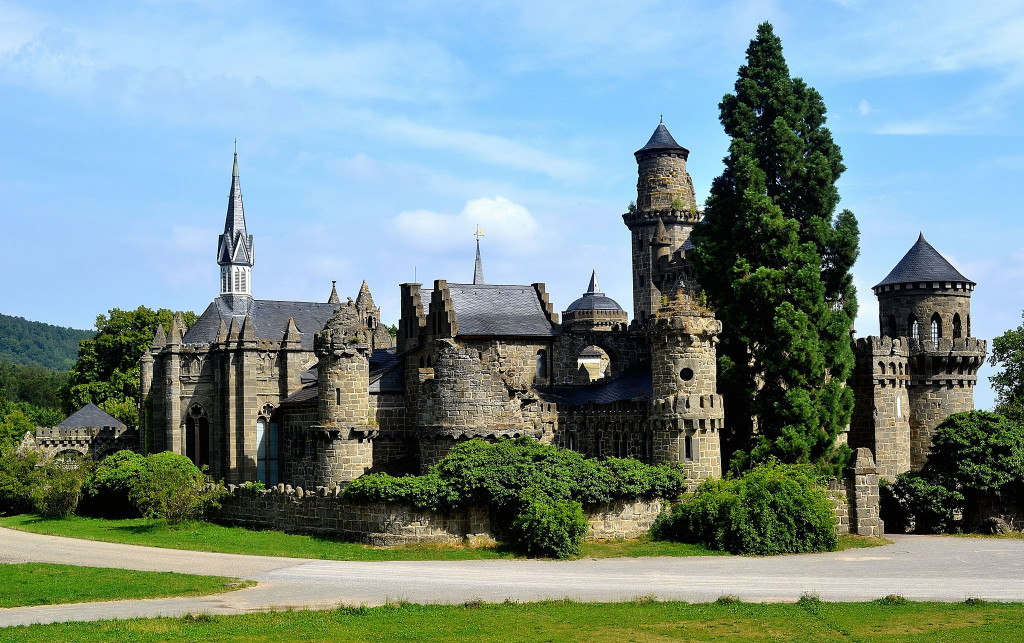 Meaning “Lion’s Castle”, Löwenberg Castle is a romantic, medieval castle that is located in the picturesque Bergpark Willhelmshöhe. Although it is one of the most beautiful castles in the world, it is actually an imitation of medieval architecture and was built between 1793 and 1801. It served as a leisure palace with opulent living quarters. (Image by Dennis via Flickr Creative Commons) 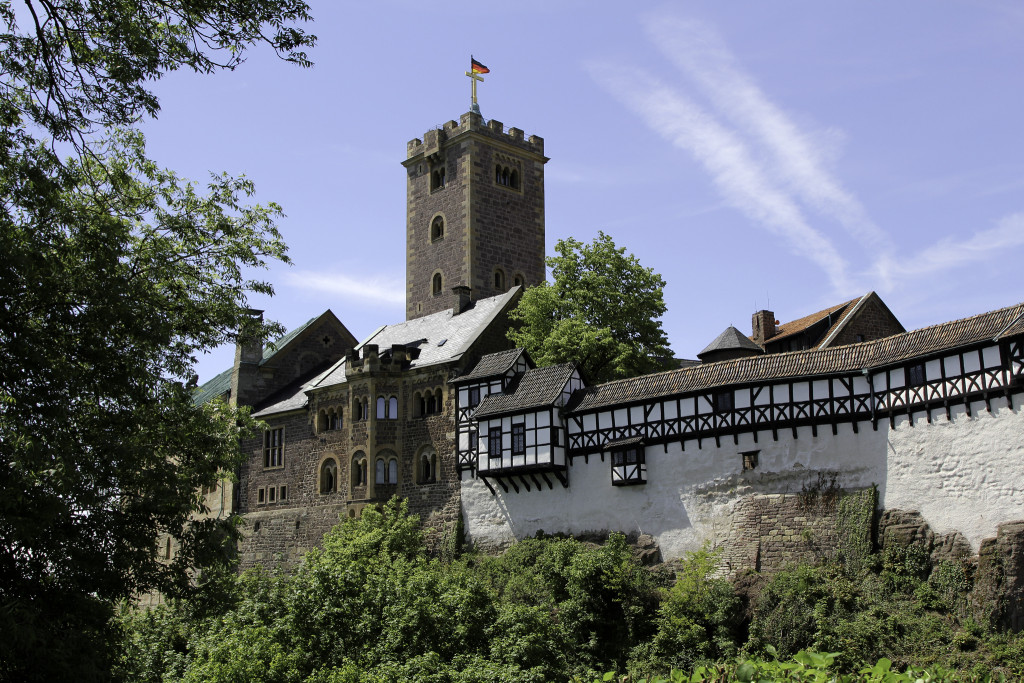 Constructed in 1067, Wartburg Castle is one of the oldest castles in Germany. It is perched 400 m above the picturesque, forested countryside. Wartburg Castle is most famous for being the place that sheltered Martin Luther while he translated the New Testament into German. The castle is large and imposing and, given its 900-year history, is one of the best-preserved fortresses in the world. (Image by Lawrence OP via Flickr Creative Commons) 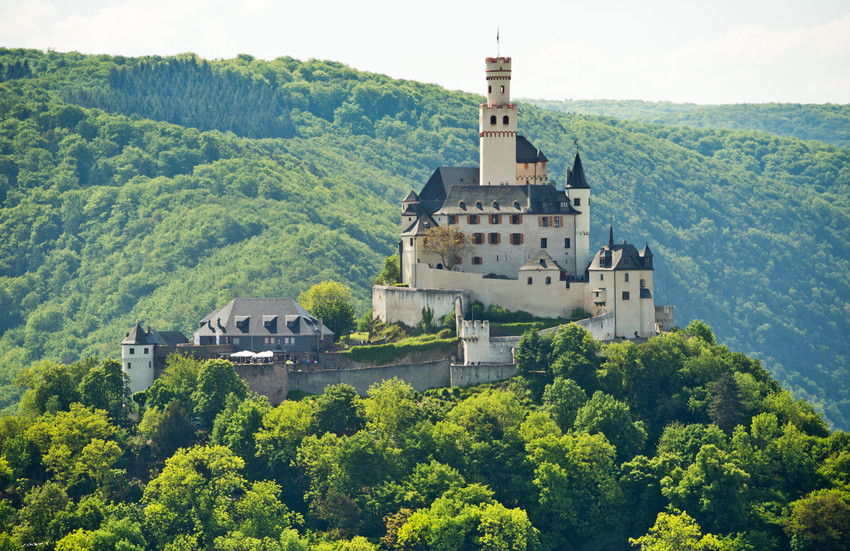 Marksburg is the only medieval castle in the Middle Rhine that has never been destroyed. The impressive fortress sits high on a cliff, impenetrable to enemy forces, which has helped it survive for over 700 years. Many visitors journey to this region for the sole reason of seeing this castle, although the beautiful Rhine Valley holds many other wonders too. (Image by Rhineland -Pfalz Tourismus via Flickr Creative Commons) 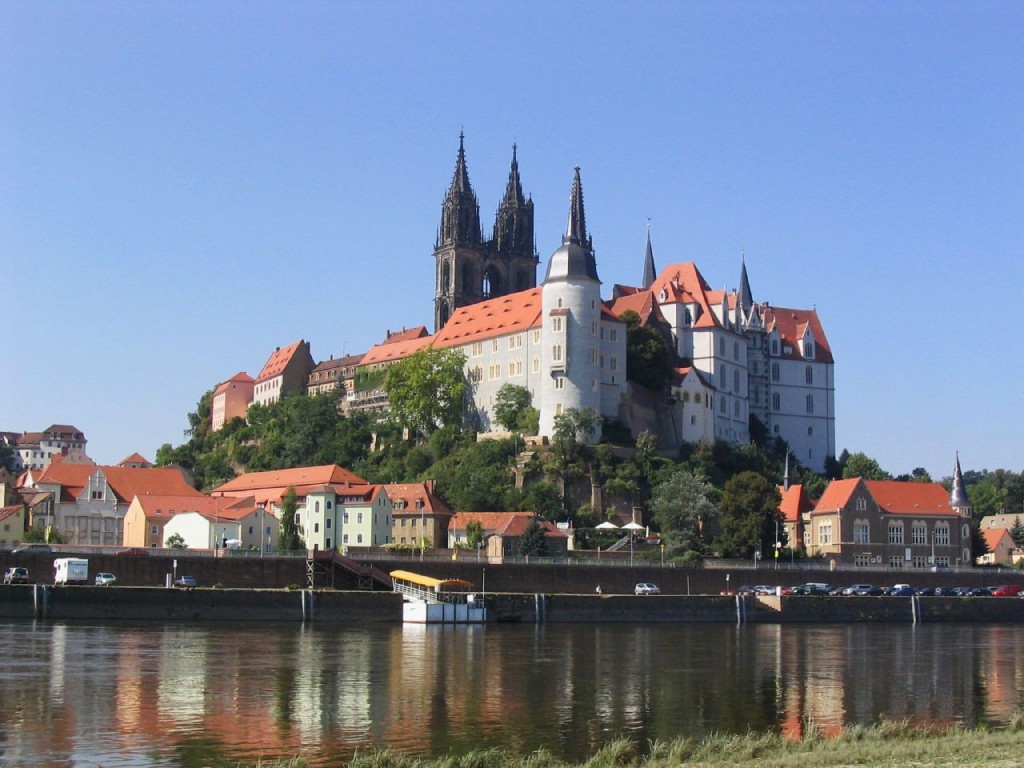 Albrechtsberg is a magnificent late-Gothic castle that stands on a hill overlooking the river Elbe in the town of Meissen. A fortress was built in this place in the 10th century and the present castle was constructed 500 years later in the same location. Located only 25km from Dresden, a visit to this picturesque location makes for a popular day trip. (Image via Wikimedia Commons) 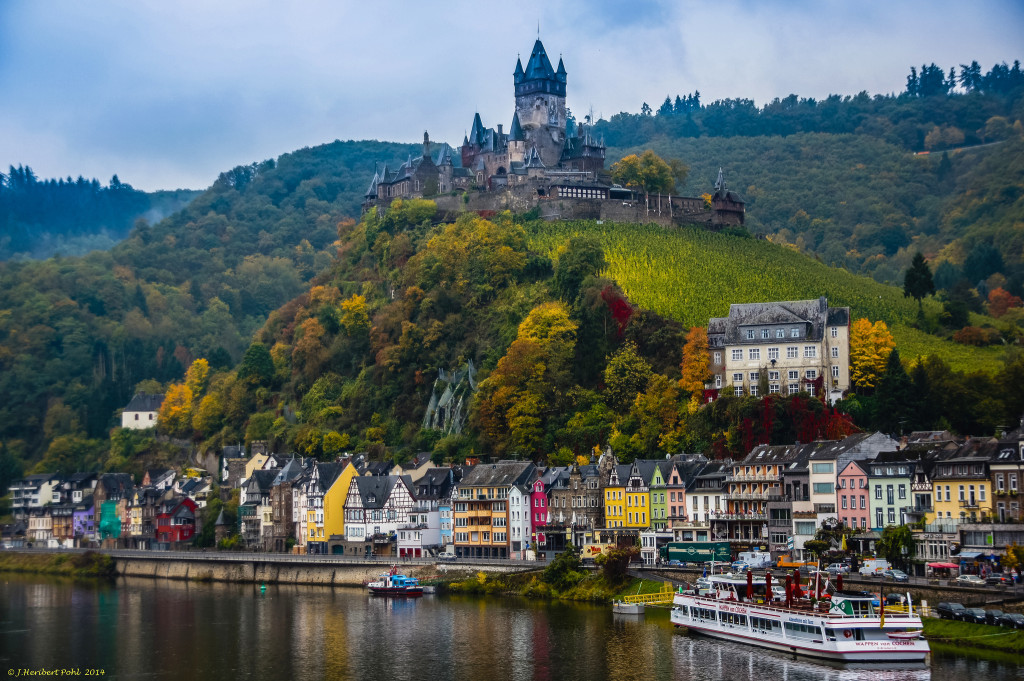 Reichsburg Castle is a landmark of the region and a memory of distant medieval times. Towering over the scenic town of Cochem, the castle has been reconstructed after King Louis XIV had his French troops destroy it in 1689, a fate to which many other castles also succumbed. While Reichsburg Castle is indisputably spectacular to admire from afar, making the trip and exploring the interior and grounds themselves will reward you with stunning views of the valley below. (Image by Heribert Pohl via Flickr Creative Commons) 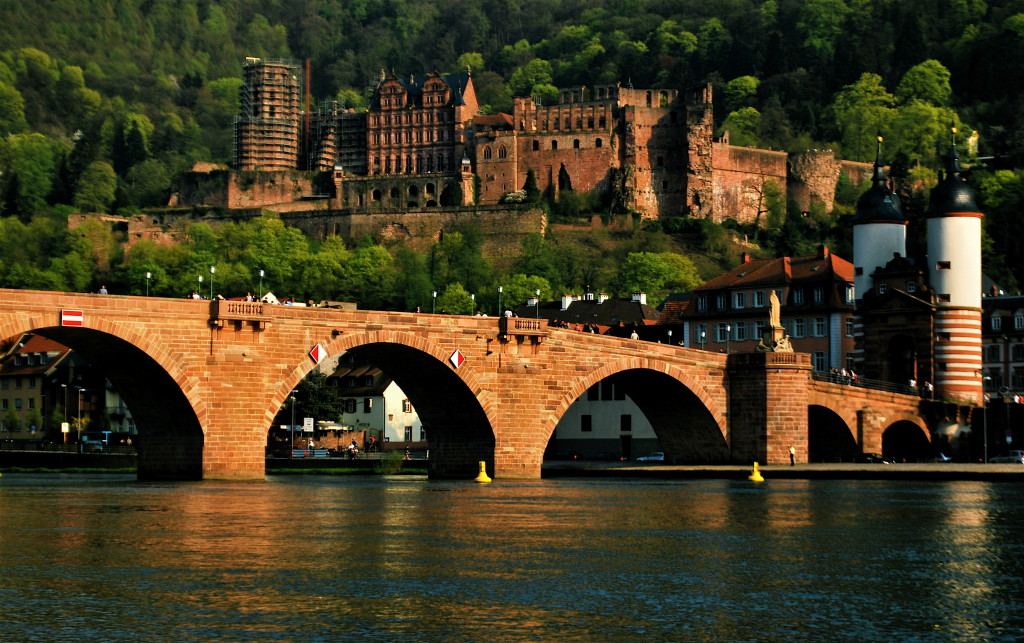 One of the most famous castle ruins in the world, the ruins of Heidelberg castle are a distinguishing landmark in this university city. This is another castle that was destroyed by the French, but this one was never rebuilt to its former glory. A wander around the atmospheric ruins is an experience that won’t be forgotten! (Image via Wikimedia Commons) 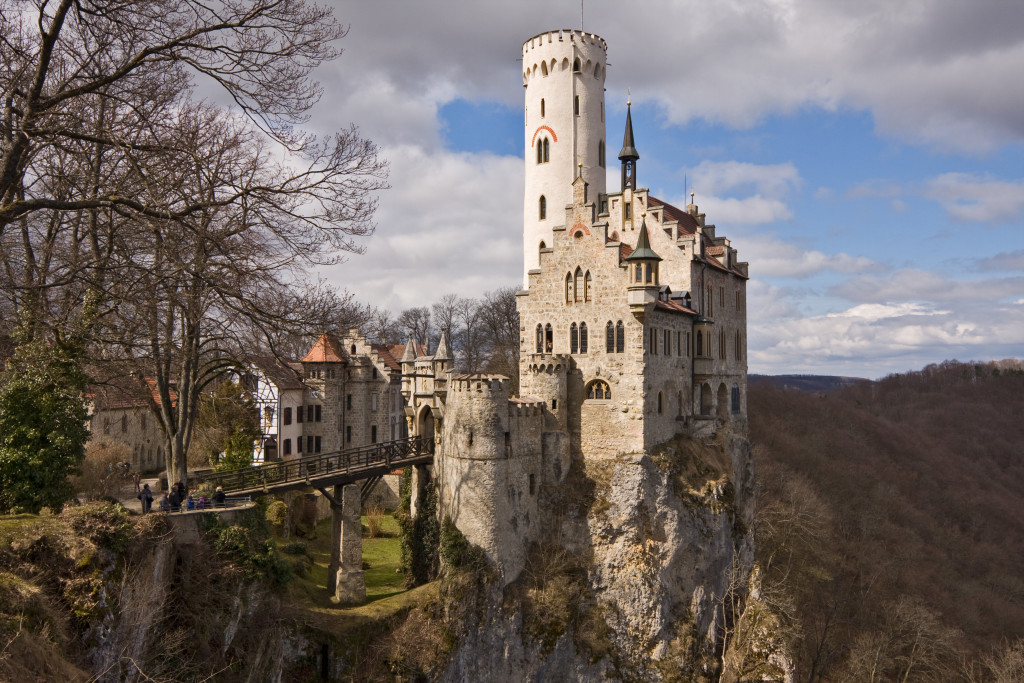 Perched precariously on a steep cliff face, Lichtenstein Castle looks like something directly out of a movie! While small, it is undoubtedly one of the most impressive castles to see in Europe, but it’s not as well known as some others. Its nickname is “Neuschwanstein’s little brother”, after Germany’s most iconic castle, yet most international tourists don’t know about it. It’s one of the most majestic in the country and an easy day trip from Stuttgart. (Image via Wikimedia Commons) 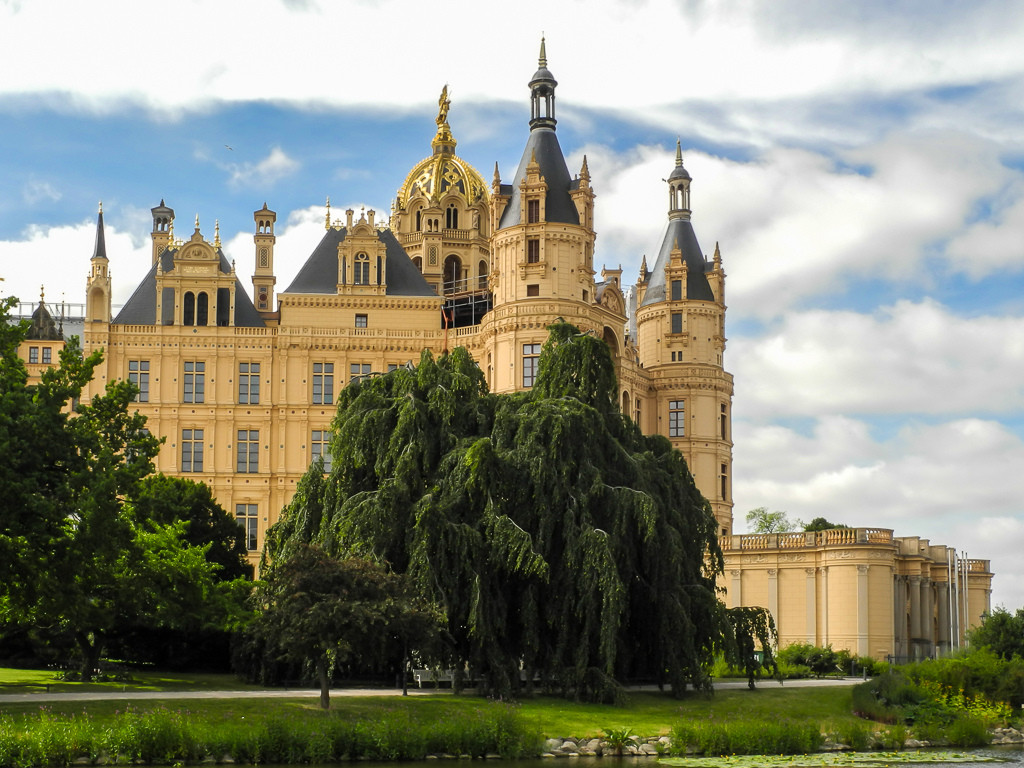 Built on a small island in Lake Schwerin, this castle was constructed on the site of an old Slavic castle that existed there more than a thousand years ago. Today it is used as the seat of the state Parliament in Mecklenburg-Western Pomerania and is regarded as one of the most beautiful palaces of northern Europe. (Image by Mathias Liebing via Flickr Creative Commons) 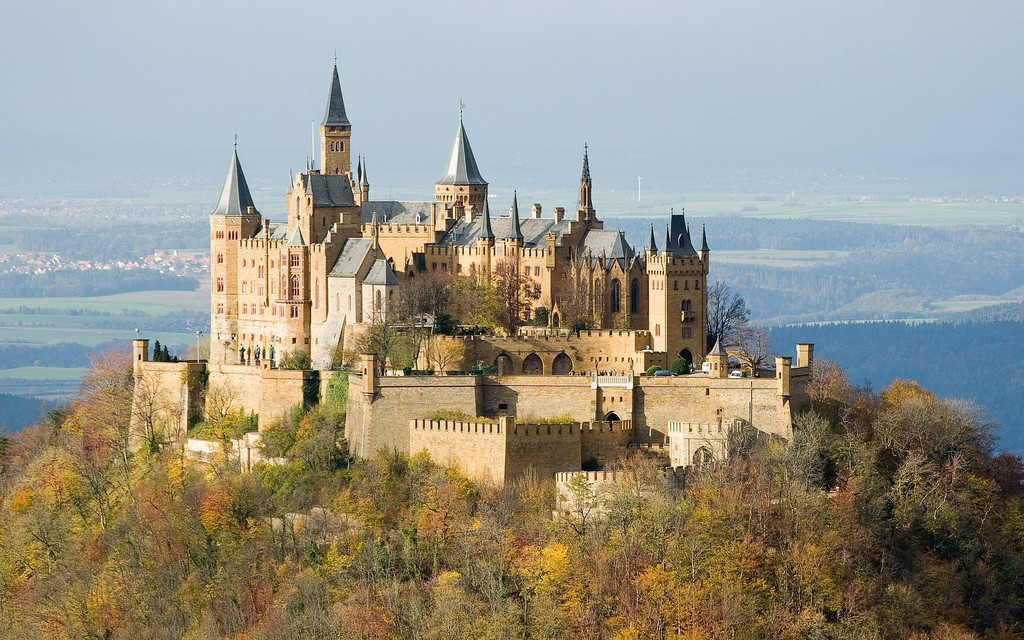 Built to resemble a knight’s medieval castle, Hohenzollern Castle, located in Germany’s south, is right up there with the most impressive castles in the country. Built on top of Mount Hohenzollern, the castle has sweeping views of the surrounding countryside, making it one of Germany’s prettiest castles. This castle is also an important site in Prussian history and is essentially where the Prussian lineage began. (Image by playlight55 via Flickr Creative Commons) 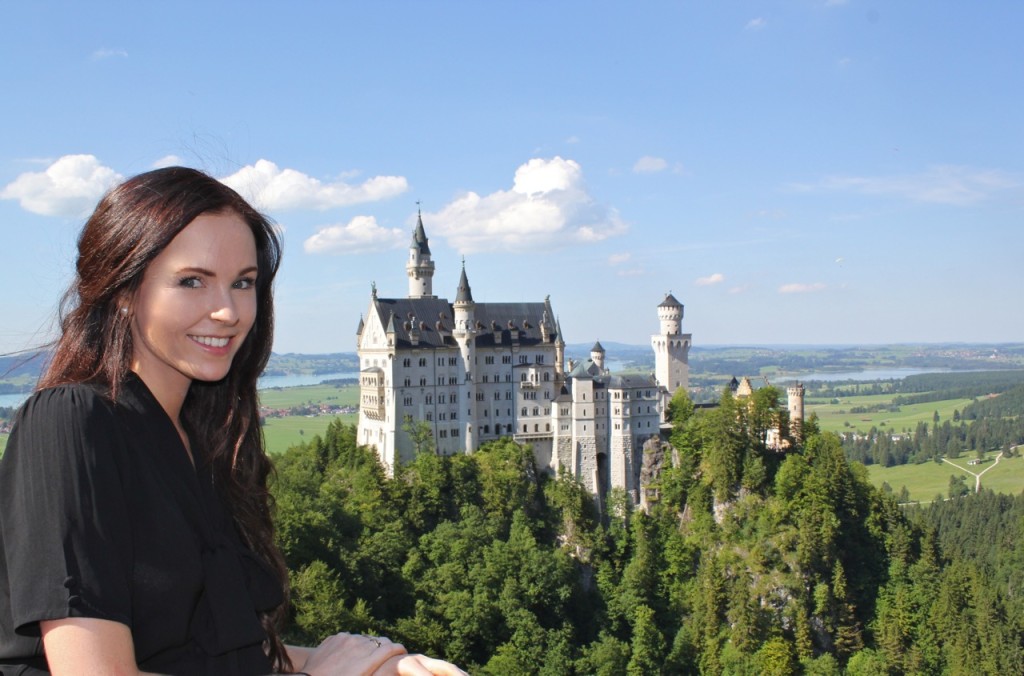 The most famous of all Europe’s castles, Neuschwanstein Castle is a magical sight to behold. Constructed in 1869, this magnificent castle was not built for defense, but as the private summer retreat for King Ludwig II. The setting of the castle couldn’t be more idyllic. It is perched over one of southern Bavaria’s most beautiful gorges and overlooks the Alps, making it one of the most photographed sites in all of Germany.

Have you been to any magical fairy tale castles on your travels? Share your experiences in the comments below!