Croatia has it all: rugged coves, pristine beaches, medieval towns and natural wonders, making it the perfect holiday destination for adventurers and sun worshippers alike. There is so much to do and see in this beautiful country that it would be impossible to do it all in one short trip. To narrow it down for you, here are 10 things you cannot miss when visiting Croatia! 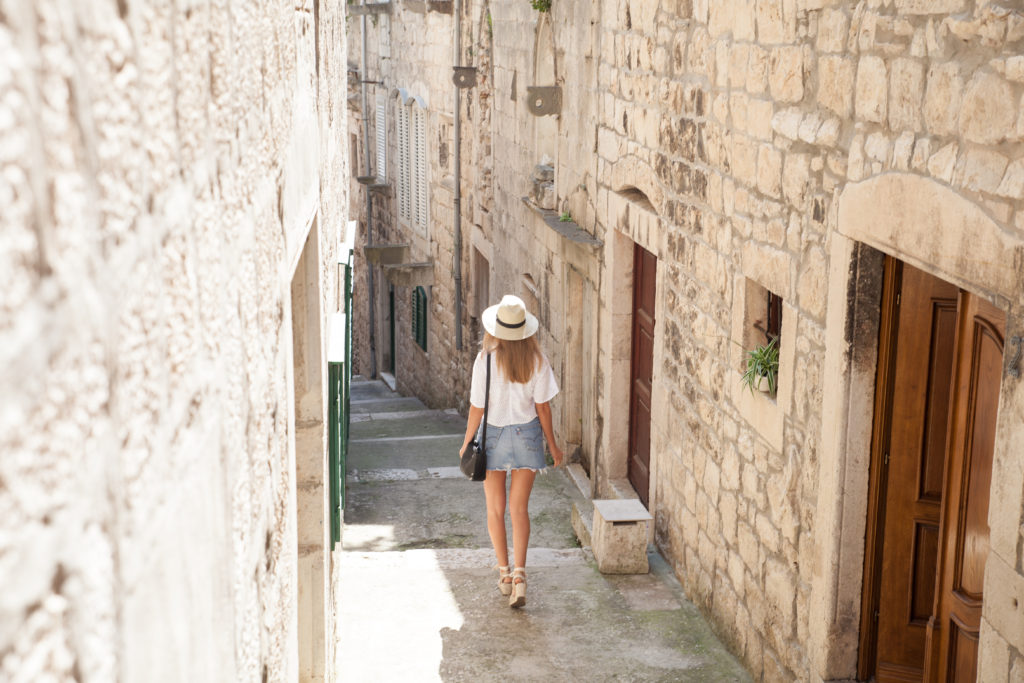 Korčula is a beautiful island of rugged coves and fragrant pine trees, the kind of place which instantly stole my heart. The town is idyllic with its waterside restaurants, medieval churches and some of the prettiest backstreets I’ve ever laid eyes on. Take a day to meander all of the cobbled streets and have a leisurely lunch beneath the pines. The best way to explore the rest of the island and all of its hidden corners is by hiring a scooter or quad bike. 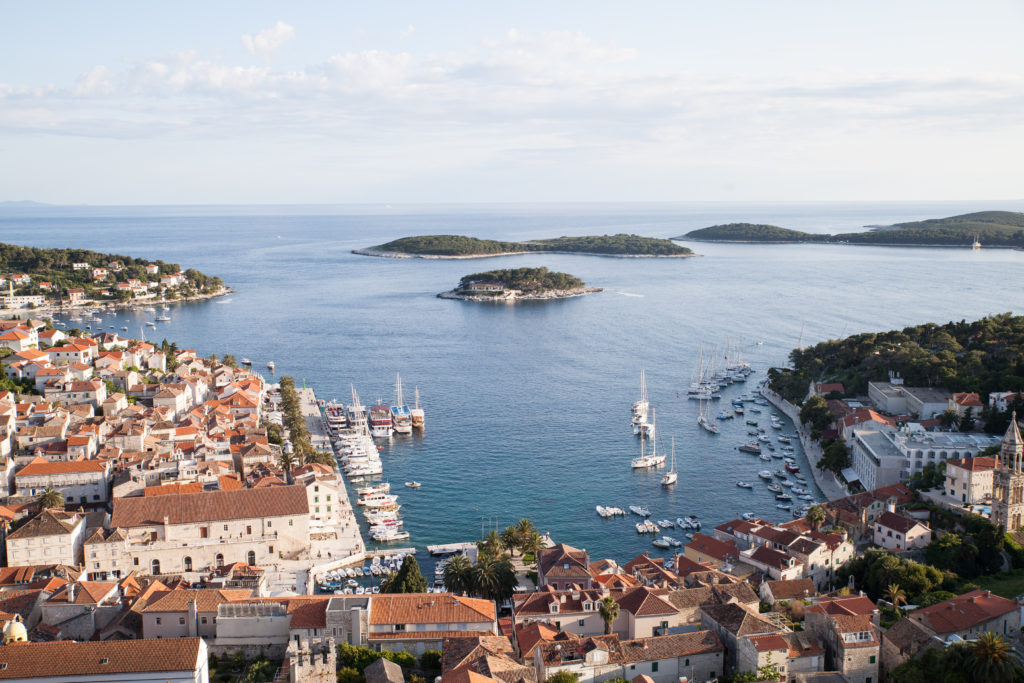 Climb the Spanjola Fortress in Hvar

It may be a steep and arduous incline, but the views which await at the top are worth every second of the walk. The panorama overlooks the old town of Hvar, the marina and the cluster of Pakleni Islands. Go at sunset for a golden glow over the terracotta-hued rooftops. 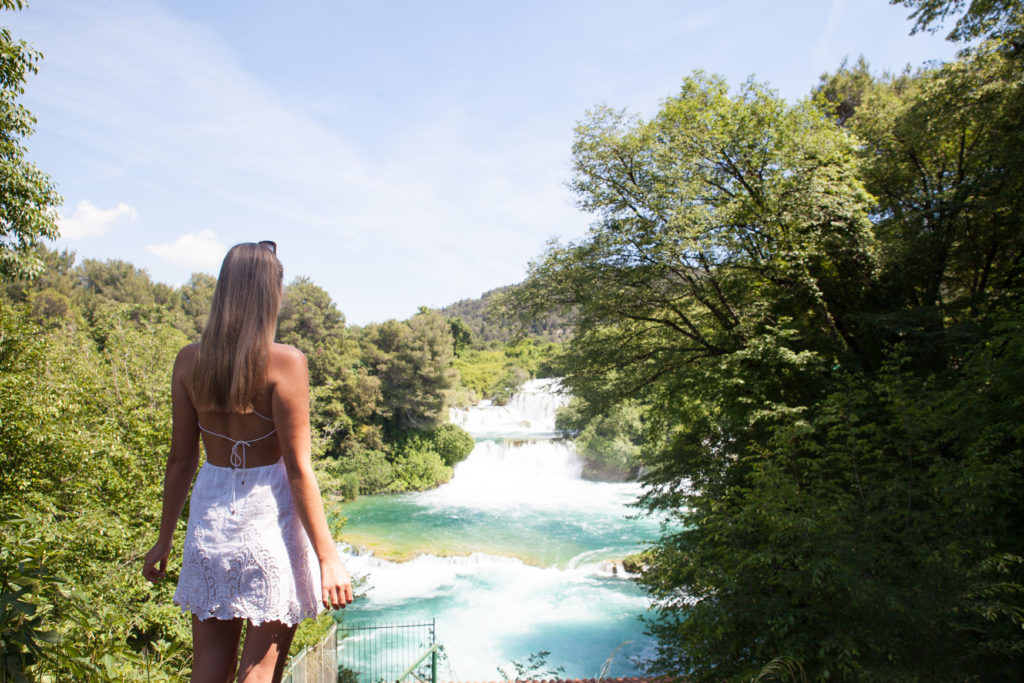 Krka waterfall is the second most visited in Croatia, after Plitvice lakes, however what makes it so special is you can swim in the fresh waters beneath the powerful waterfall. The water is cold, but how could you not take a dip in such a surreal surrounding!? 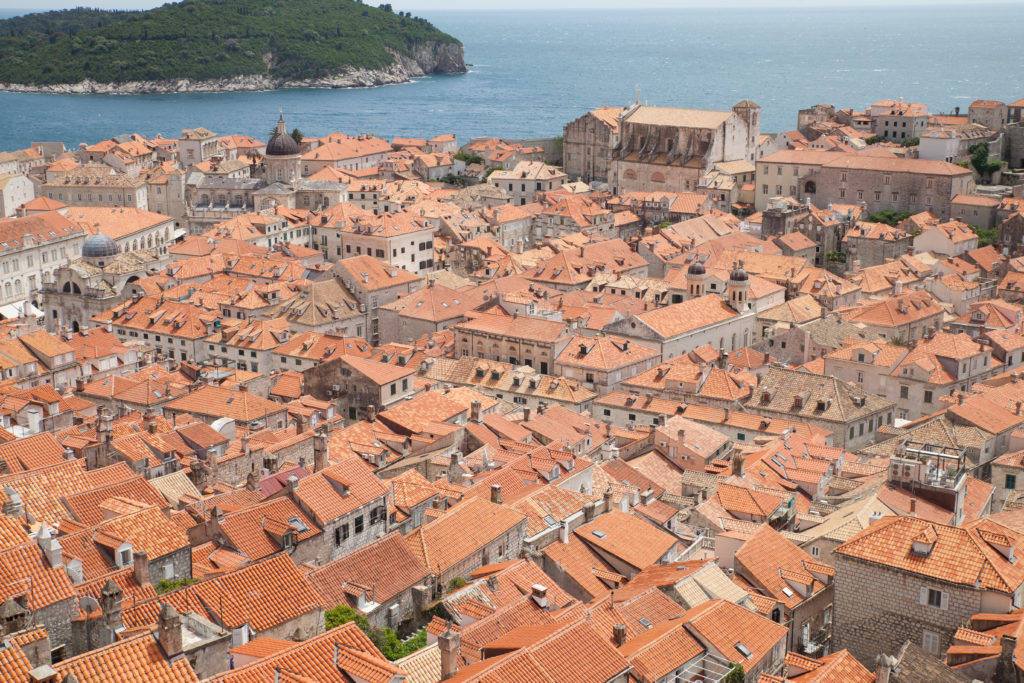 Climb the city walls in Dubrovnik

Dubrovnik is as pretty as a postcard with its winding backstreets, orange-hued rooftops and medieval architecture. The best way to see the city and the surrounding Adriatic sea is by walking the city walls. 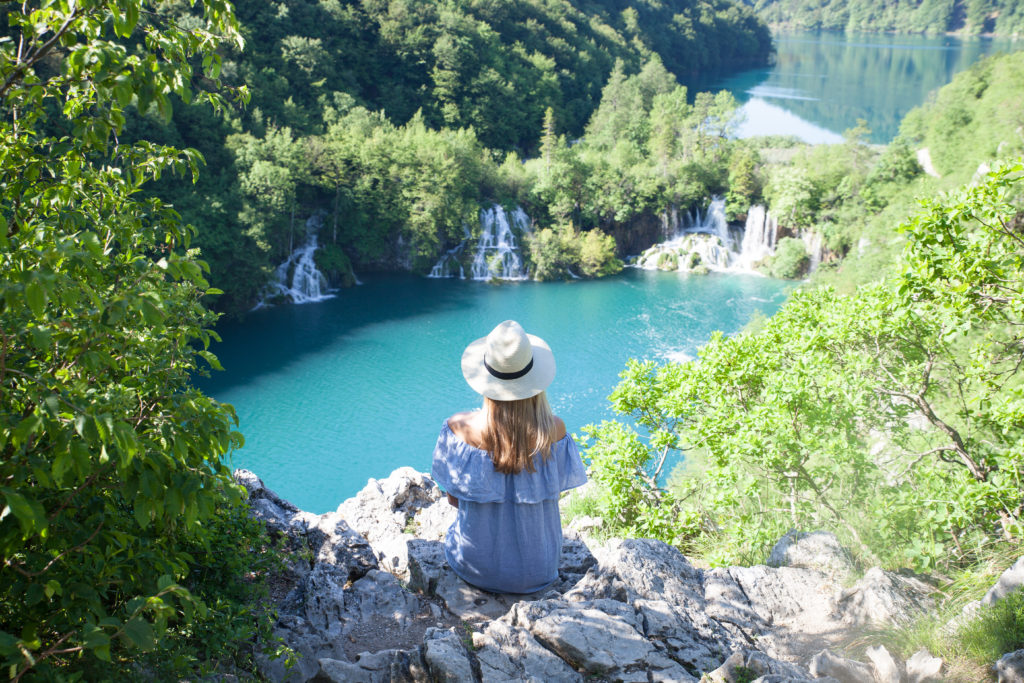 Plitvice lakes had been high on my bucket list for as long as I can remember so I was so happy to finally tick them off. Standing atop the cliff edge watching the powerful waterfalls cascade below was one of the most surreal moments of the trip. The lakes are overwhelmingly big, you could easily spend a whole day or multiple days exploring. Plitvice lakes is one of the most visited sights in Croatia, so be prepared for lots of people, especially in the summer months. Come early and be the first to enter so that you have the lakes all to yourself to appreciate them at their most tranquil. 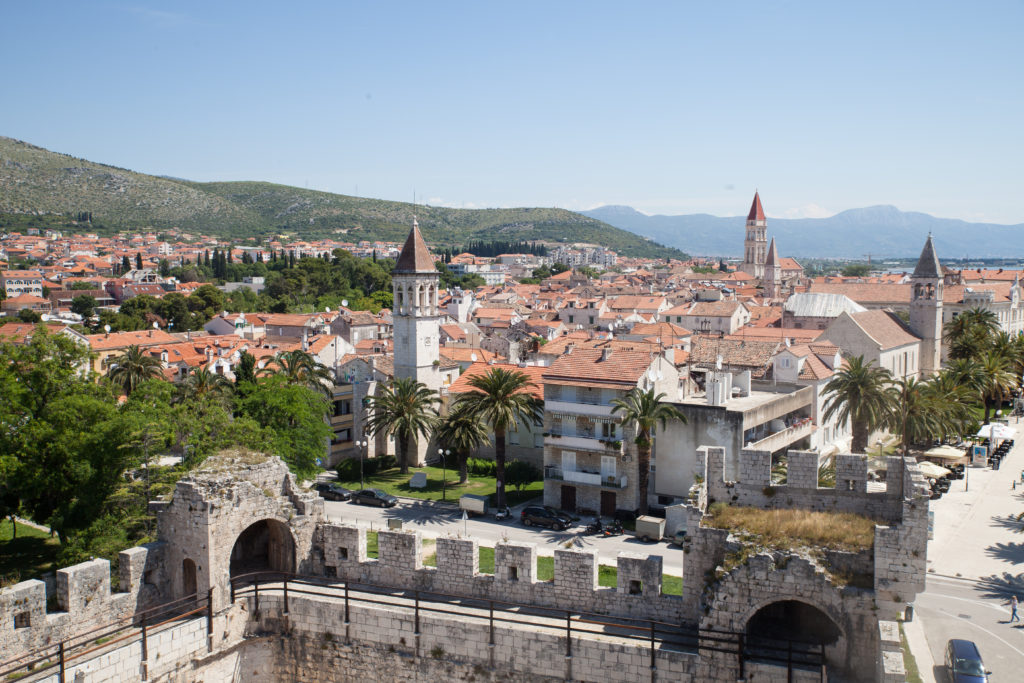 Visit the medieval town of Trogir

Trogir is a city built within medieval walls and surrounded by water. It has earned itself UNESCO world heritage status for its Romanesque and Renaissance architecture. Spend a day weaving in and out of the cobbled backstreets, stocking up on Croatian olive oil and climbing the fortress for views over the historic city center. 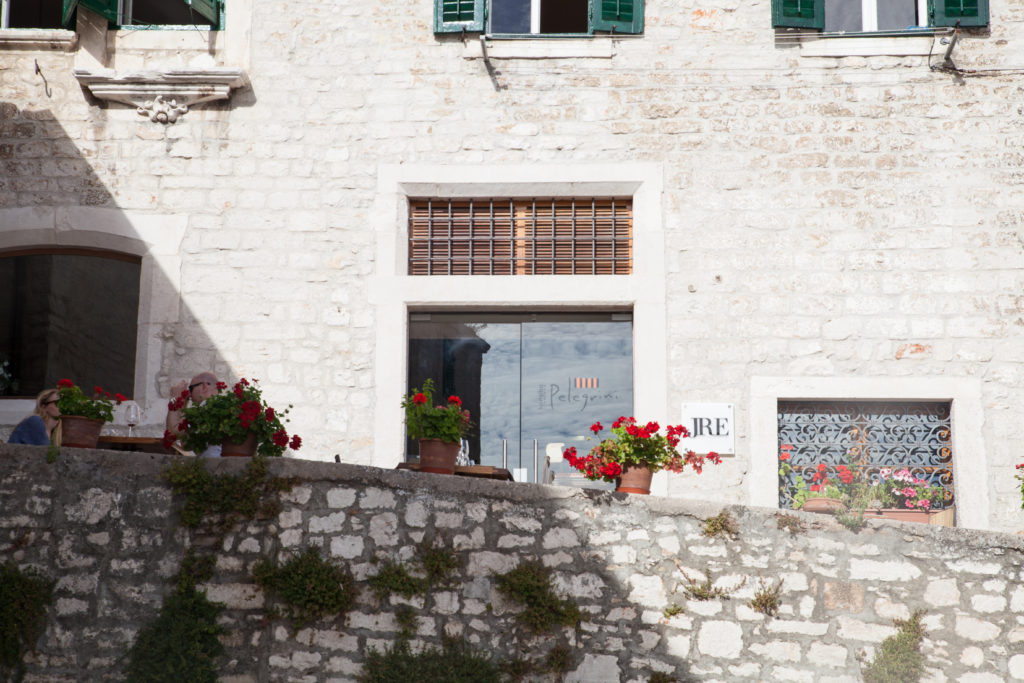 Šibenik is home to Croatia’s best restaurant: Peligrini. It has earned this award for the second year in a row at the annual Dobri restaurant awards. On the menu you’ll find traditional Croatian dishes with a twist such as truffle and prosciutto pasta with sheep’s cheese and lamb with paprika puree. The restaurant prides itself on the quality of ingredients sourced in Croatia, as well its Dalmatian wine list. Whilst there make sure to explore the beautiful town of Šibenik, climb the fortress and visit St James’ cathedral. 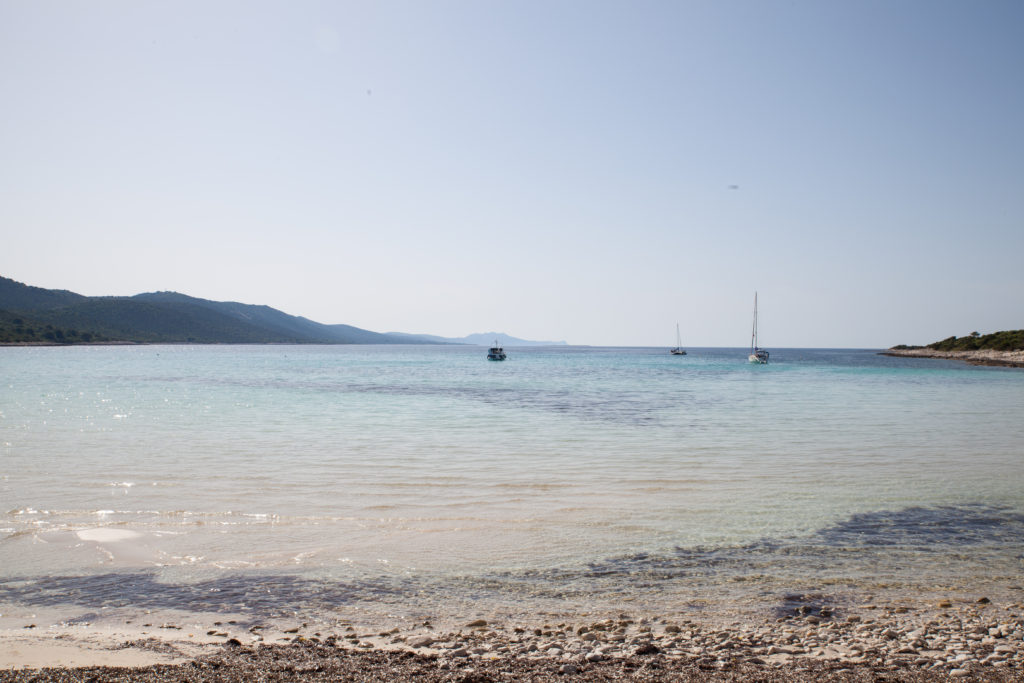 Dugi Otok is completely off the radar making it the perfect island getaway. There are no chic bars, no fine dining, few commodities but there are also very little tourists so you’ll feel as though the island is all yours. Visit idyllic beaches such as Sakarun and explore its rugged beauty by visiting Telašćica Nature Park. 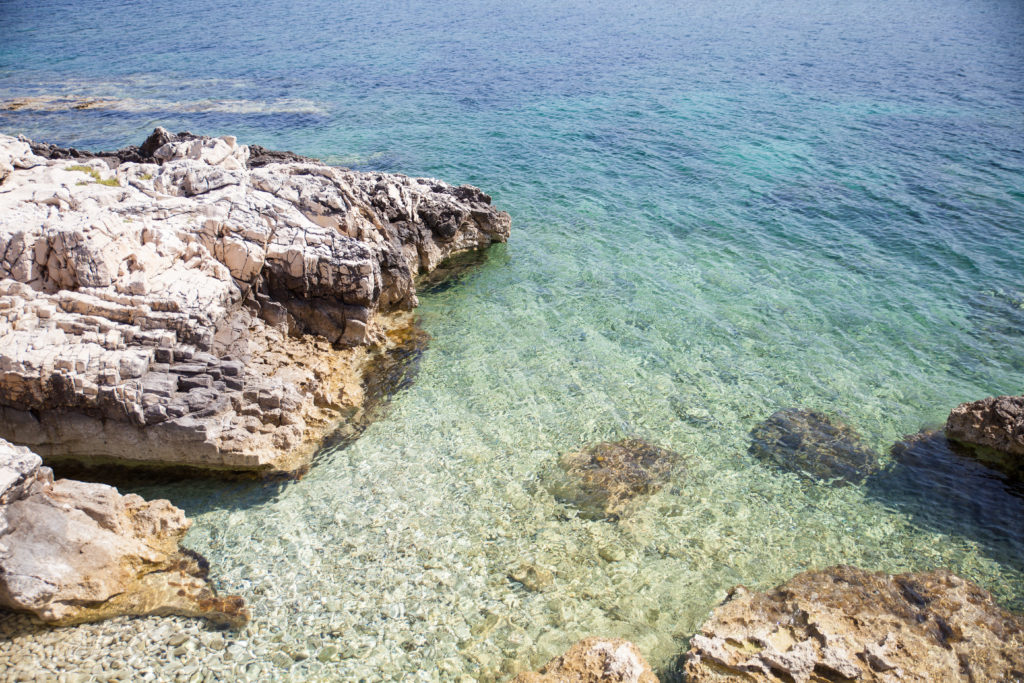 Swim in the Adriatic sea

Croatia’s beaches are sites of beauty. The colour of the sea varies from deep turquoise to emerald and often the beaches are surrounded by pine trees and verdant trees. The Adriatic sea is one of the best in the Med with its beautiful colour and underwater life so be sure to swim in it as often as you can. 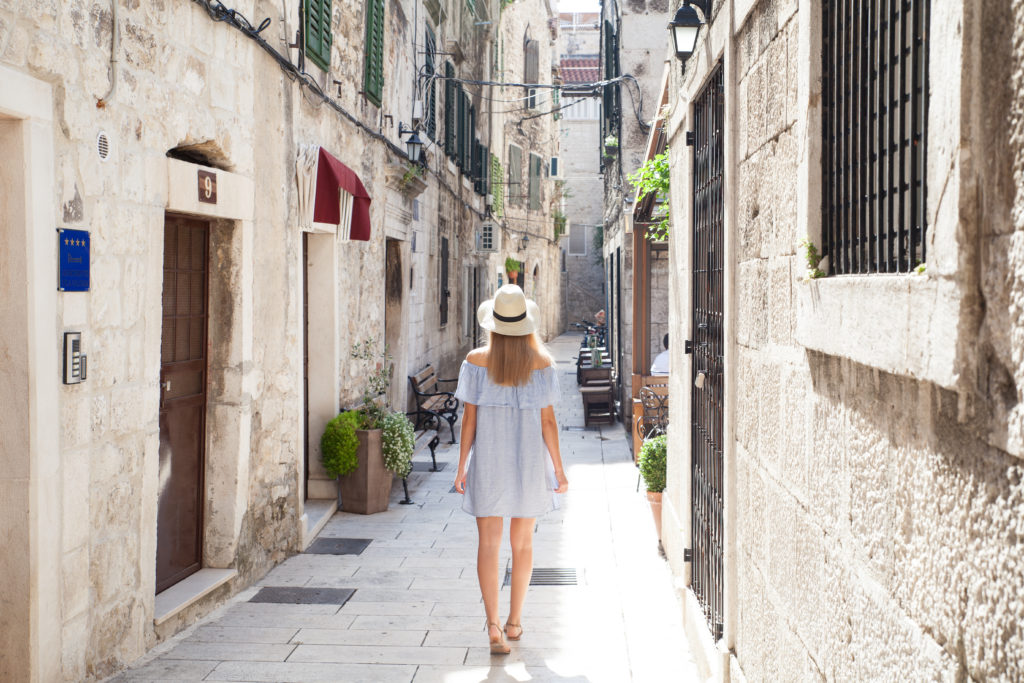 Often overlooked and used as a jumping point to Croatia’s islands, Split is not only the best connected town for catching ferries but it is also a very pretty town. Climb the bell tower for panoramic views over the city, have dinner in Diocletian’s Palace and explore the cobbled backstreets and you’re sure to fall under its charm.

FOLLOW THE JOURNEY:
Sundays at home… with a taste of 🇫🇷

Sometimes the biggest adventure of all is slowing