London has many iconic buildings, landmarks and sights to be seen, whether they be old or new the city is constantly evolving and is rich in historic culture. To help you along your way if you haven’t been to the city before, we’ve created a list of the 20 must-see London attractions whilst you’re there. From spotting a royal to riding on top of a double-decker bus for the first time, these are the best things to do in London for your first time. 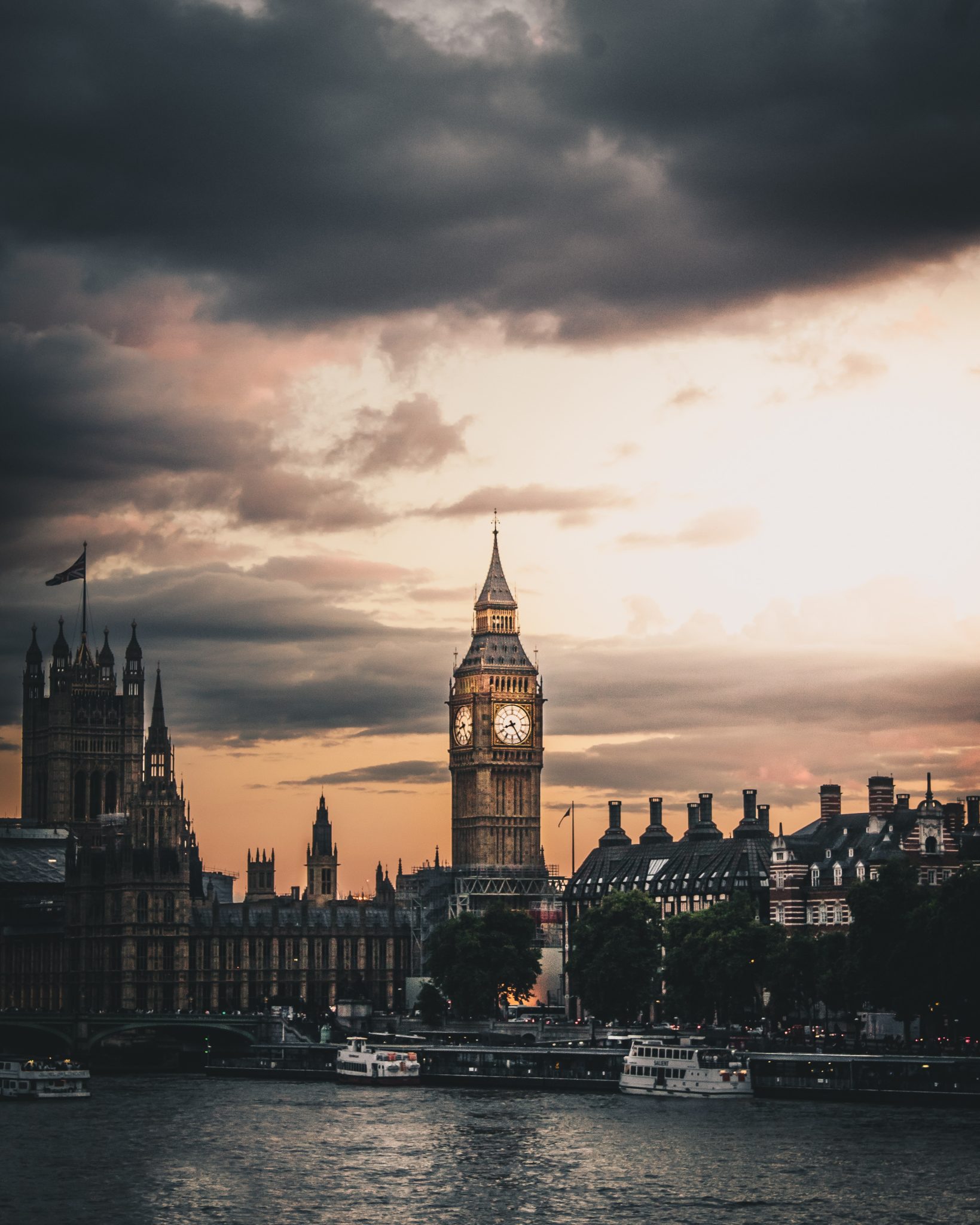 Big Ben is located in Westminster and is the nickname for the ‘Great Bell’ of the clock but is often used to refer to the clock and clock tower, the clock tower’s official name is now the Elizabeth Tower named after Queen Elizabeth II in 2012 for her Diamond Jubilee. Big Ben is an iconic London landmark and a must on your list to see while you’re here!

2. The Houses of Parliament

The Houses of Parliament’s official name is actually the Palace of Westminster, however, due to its inhabitants, it is commonly referred to as the former. They’re on the banks of the River Thames in Westminster and the building itself is exquisite, you can arrange tours around the Houses if you’re interested in learning more about British politics, if not just admire them from the outside!

Buckingham Palace is the London residence of the Queen. Located centrally Buckingham Palace is at the top of Pall Mall next door to Green Park and St James’ Park. Similarly to the Houses of Parliament, you can book tours around the Palace if you’d like to pretend you’re a royal for an afternoon or you can admire its beauty from outside the gates!

The London Eye was opened to the public in the year 2000, when it was first built it was the largest Ferris Wheel in the world and until the opening of the Shard in 2013 it was the highest viewing point over London. You can buy tickets to go up in the London Eye in one of the little pods, it’s definitely something to consider on your first trip to London so you can see out over London. The view of it from the ground is also pretty spectacular, it adds a different dimension to London’s skyline!

Trafalgar Square is the square surrounding Nelson’s Column. The name refers to the Battle of Trafalgar which was a British naval victory against Napoleon. The square is a very large public area where you can sit or admire the fountains with the backdrop of the  National Gallery. It is often used for big public events or sometimes protests congregate here, at Christmas the huge Christmas Tree can be found in the square making it feel completely magical!

The Natural History Museum is located in South Kensington on Cromwell road. Even if you’re not particularly interested in Natural History the building is stunning and a must-see on your trip to the capital. You don’t have to pay to get in so it’s worth having a wander and admiring the beautiful architecture.

St Paul’s Cathedral is a landmark in the London skyline, the cathedral’s dome is what makes the architecture so exquisite and iconic from the outside. The present church has been there since the 17th century and was constructed in the rebuild of London after the Great Fire of London which destroyed much of the city. You can go inside the Cathedral and walk around as well as view it from the Millennium bridge which runs over the Thames directly in front of the cathedral.

The Tate Modern is located on the banks of the River Thames in a former power station. It holds both British and international modern art as well as showcasing some one-off exhibitions. The museum is well worth a trip to, not only is the gallery building itself completely unique but there’s always lots to see! 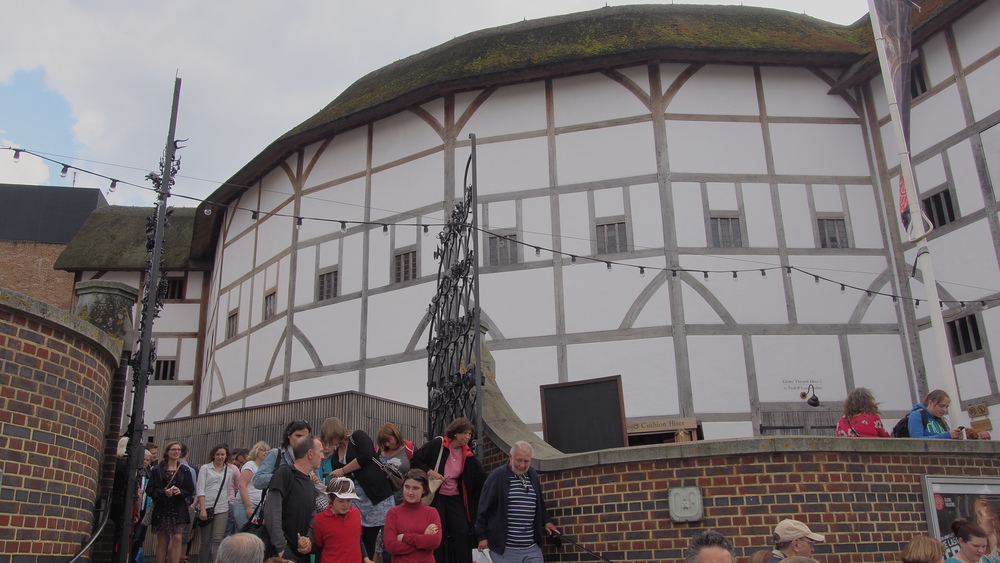 The Globe Theatre is nearby the Tate Modern, it is a modern reconstruction of the original theatre which was closely associated with William Shakespeare that was first built in the 17th century. You can buy tickets to see shows being performed here and it is iconic for its circular shape, thatching and open roof! And if you fancy seeing a modern theatre show in London, check out these London theatre tickets for current shows.

Tower Bridge is one of London’s most iconic landmarks crossing the river. The bridge has stood in London since the 19th century and is infamous for its drawbridge effect making it able to let tall ships through and down the Thames. You’ll find it close to the Tower of London and the nearest tube stations are Tower Hill and London Bridge. Take photos from the banks of the Thames or you can walk across too!

The Shard is the tallest building in London, towering above every other landmark and unmissable from many places in London. The skyscraper was opened in 2013 and is home to multiple high-end restaurants, the Shangri La Hotel and a viewing platform which you can buy tickets to head up. It’s well worth admiring the view from up there but the only problem with viewing London from the Shard is you miss a view of the building itself, so be sure to make sure you admire it before going in.

The Tower of London was founded in 1066 and the castle was a prison from 1100 until 1952. The building reeks with a history that is waiting for you to discover it. You can also go and view the Crown Jewels in an exhibition here and marvel at how sparkly they are. Add the Tower of London to your list and go and see one of London’s oldest monuments!

The Gherkin is the building that looks like the shape of a Gherkin, it’s become iconic to the London Skyline and an unmissable feature when you’re looking towards East London. The building itself is composed of offices so it’s not a monument you can go inside of but it’s well worth trying to spot on your trip to the city!

Hyde Park is right in the heart of the city and one of London’s biggest parks. There’s a beautiful pond in the middle called the Serpentine which you can rent pedalos and row boats on and you can see the grounds/gates surrounding Kensington Palace which are located at one end of the park. It’s a beautiful park to wander around and it’s unmissable when visiting London.

This is one for all the Harry Potter fans out there! If you want to find Platform 9 3/4 they have it all set up, permanently, at King’s Cross Station. You can have your photo taken, where a Gryffindor scarf and imagine you’re off to start a term at Hogwarts!

Horse Guards Parade is a large parade ground that can be found off of Whitehall near Downing Street in Central London. This is where events such as the Trooping of the Colour happen, there’s also a number of monuments located around the parade ground that is worth having a look at, it’s located right next to St James’ Park and lined with beautiful buildings.

Piccadilly Circus is London’s measly attempt at Time’s Square. It’s always ridiculously busy with bright billboards lining the edges of the buildings and you’ll probably find yourself here if you’re planning an evening in the West End or Soho! It’s worth marvelling at night and taking in the atmosphere that surrounds it.

Number 10 Downing Street is where the British Prime Minister lives during his time as PM. It’s located off of Whitehall and whilst you can’t get passed the gates for obvious reasons you can certainly have a look up there and see the famous number 10 door!

19. Changing of the Guard

The Changing of the Guard happens daily and you’re able to witness it if you get the timings right. It happens almost every day from April till the end of July, between 11.15am and 12pm, for the rest of the year it happens on alternate days. This daily ceremony is a must see on a trip to London, it is when one regiment takes over from another, in their ‘guarding’ duties of Buckingham Palace. It sees the New Guard marching from Wellington Barracks to Buckingham Palace to become the Queen’s Guard. If you want a little bit of culture and British pageantry then this ceremony is for you!

Located in the heart of London Covent Garden is always buzzing. It’s filled with shops, restaurants, bars and street performers. You can wander through, sit down for a coffee in the square or dine out in the evenings here. It’s a really fun area of London to visit if you haven’t been to London before, it’s got a real atmosphere about it and it should be on your list for your next trip!