Port Jackson, more commonly known as Sydney Harbour, is undoubtedly Sydney’s most iconic vista, and famous the world over. Historically important, as the location of the first European settlement in Australia, it’s also the largest natural harbour in the world.

From sea level to panoramic views from lofty heights, I have sussed out the best viewpoints where you can get a whole lot of Sydney in your camera frame. When you next find yourself in town, you must get snap happy from at least one of these spots.

Better still, follow the trail in this very order, and you’ll end up at the perfect spot to catch the sunset and celebrate suitably.

Circular Quay is where it’s at. There’s a beautiful ambience with street buskers, a sparkling foreshore, ferries docking and departing, and a whole lot of bustling tourists pounding the pavement.

The recently restored Opera Bar, right on the harbour concourse and the steps of the Opera House, gives you an unparalleled view of the Sydney Harbour Bridge. It’s no surprise the bar has been coined the “best beer garden in the world” – just arrive and you’ll see why. It’s a beautiful place to sun-soak (or star-gaze), have some delicious food and appreciate life. 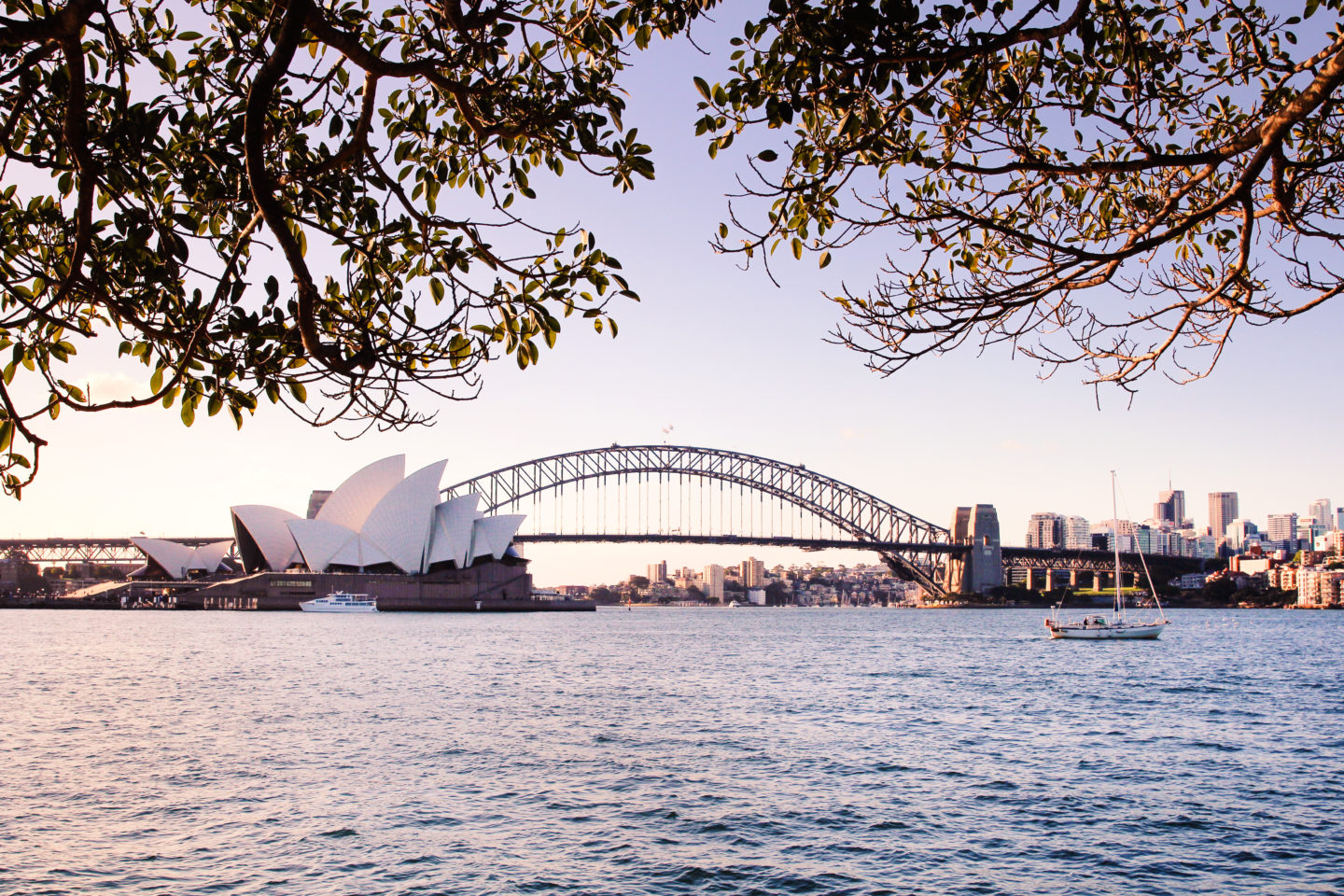 What better position for a panoramic Sydney view, than on the water itself? You can hop on a ferry for $6 and get yourself plenty of good vantage points. Catch a ferry towards Darling Harbour or the Western suburbs to float right under the Sydney Harbour Bridge, or catch a ferry to the Northern Shore or the Eastern suburbs to shimmy right past the Opera House. Happy photos a plenty. Happy days!

Catch the ferry from Circular Quay to Milson’s Point Wharf, and find yourself in the happy wonderland of Luna Park. Located right on the banks of the Sydney Harbour Northern Shore, the infamous Luna Park has quite a history attached to it. Here, you should hop on the Ferris Wheel, or at least an icecream pit-stop to take in the magnificent view. From Luna Park you can capture the bridge up close, with the Opera House peeking over the horizon in the background.

4. On the Harbour Bridge

You can’t get much more Sydney than walking over the Harbour Bridge itself. You can do the official bridge climb, if you’re willing, but you won’t be able to take a camera up there to photograph with, for safety reasons. So I recommend you tread the pedestrian path, and score yourself some incredible photo opportunities of the Opera House and city skyline along the way. It’s one part dizzying, two parts breathtaking. 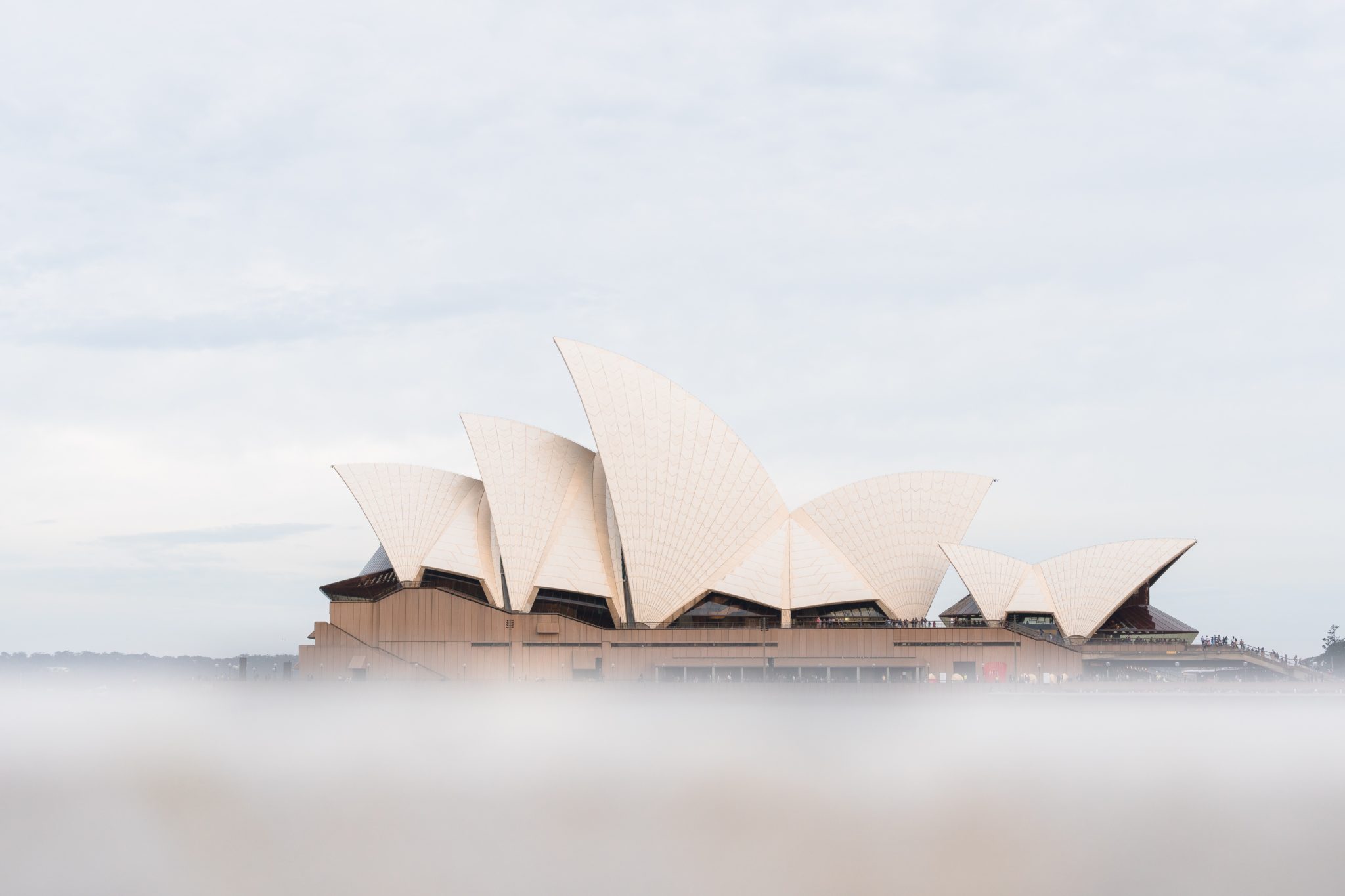 5. From the Shangri-La Hotel

My personal favourite way to take in Sydney has got to be from the Blu Bar, on level 36 of the Shangri-La Hotel. What better way to watch day slip into evening! Seating is assigned on a first-come, first-served basis, so arrive early to snag a window seat (or make friends with the lucky ones).

Over to you! Have you been to Sydney? Where’s your favourite Sydney viewpoint to photograph? Follow us on Instagram for more!