While Berlin may be one of the cheapest cities in Western Europe, its reputation as a party capital can mean that back-to-back nights on the town can quickly start to add up. Make your Euros go a little further by taking advantage of the best free attractions the city has to offer. These are our favourite places to visit if you are doing Berlin on a budget. From street food markets to free walking tours, here’s how you can save money while visiting Berlin. 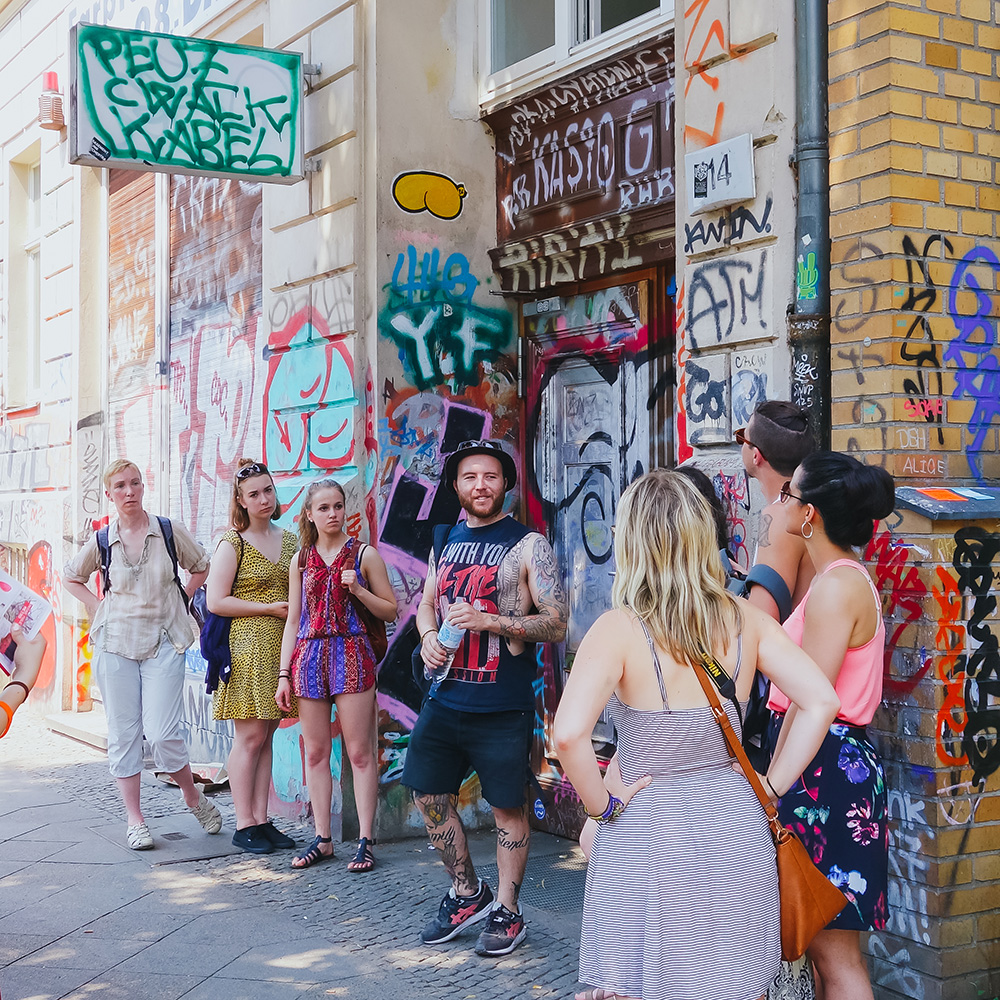 The best free things to do in Berlin

See the city on a free walking tour

Walking tours run by locals are always a fantastic introduction to any new city. Alternative Berlin aims to help tourists become more acquainted with Berlin’s subcultures, running free daily walking tours at 11am, 1pm and 3pm. These tours take you beyond the standard tourist attractions and lead you into the soul of the city, visiting artists’ squats, daytime raves and urban art projects. 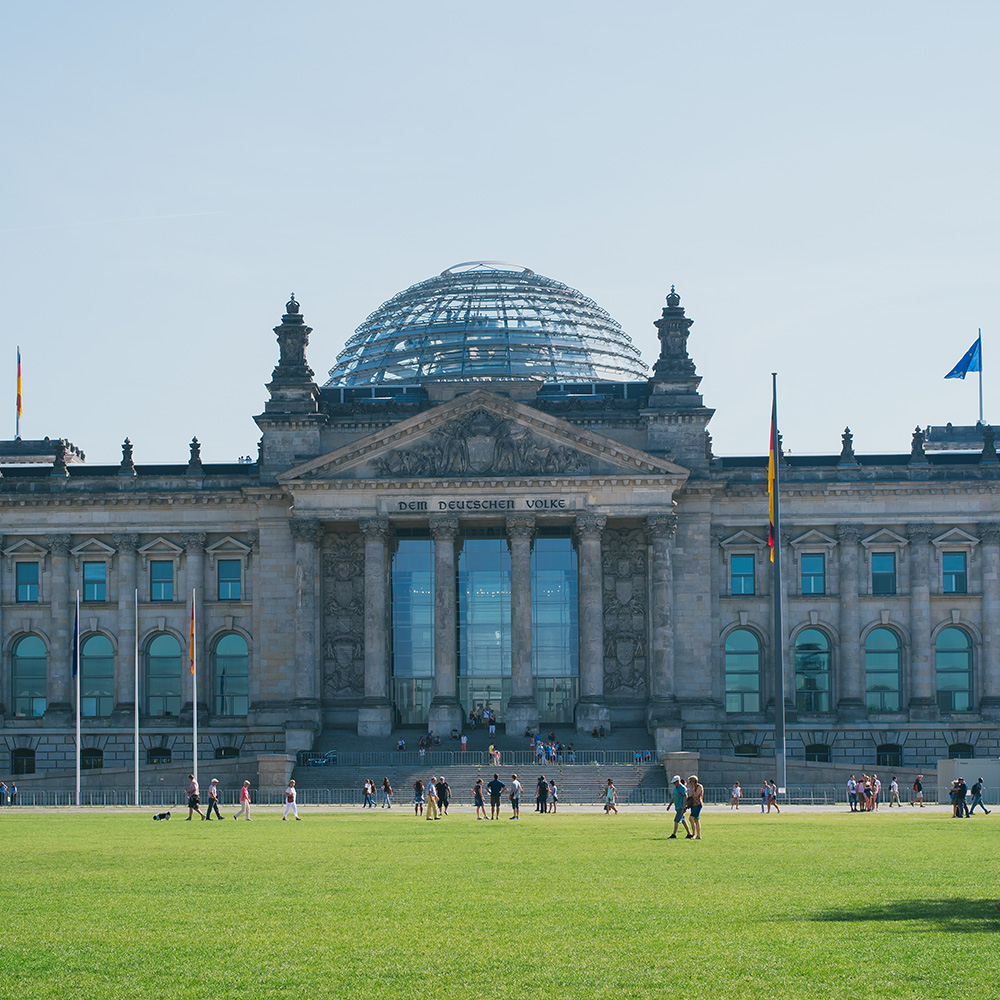 Provided that you book ahead here, you’re able to step inside the seat of Germany’s parliament, the Reichstag, and take an elevator up into the glass dome. Grab an audio guide and make your way up the winding spiral staircase for panoramic views of Berlin — a much cheaper alternative to the pricey entrance ticket of the iconic Fernsehturm (TV Tower)! 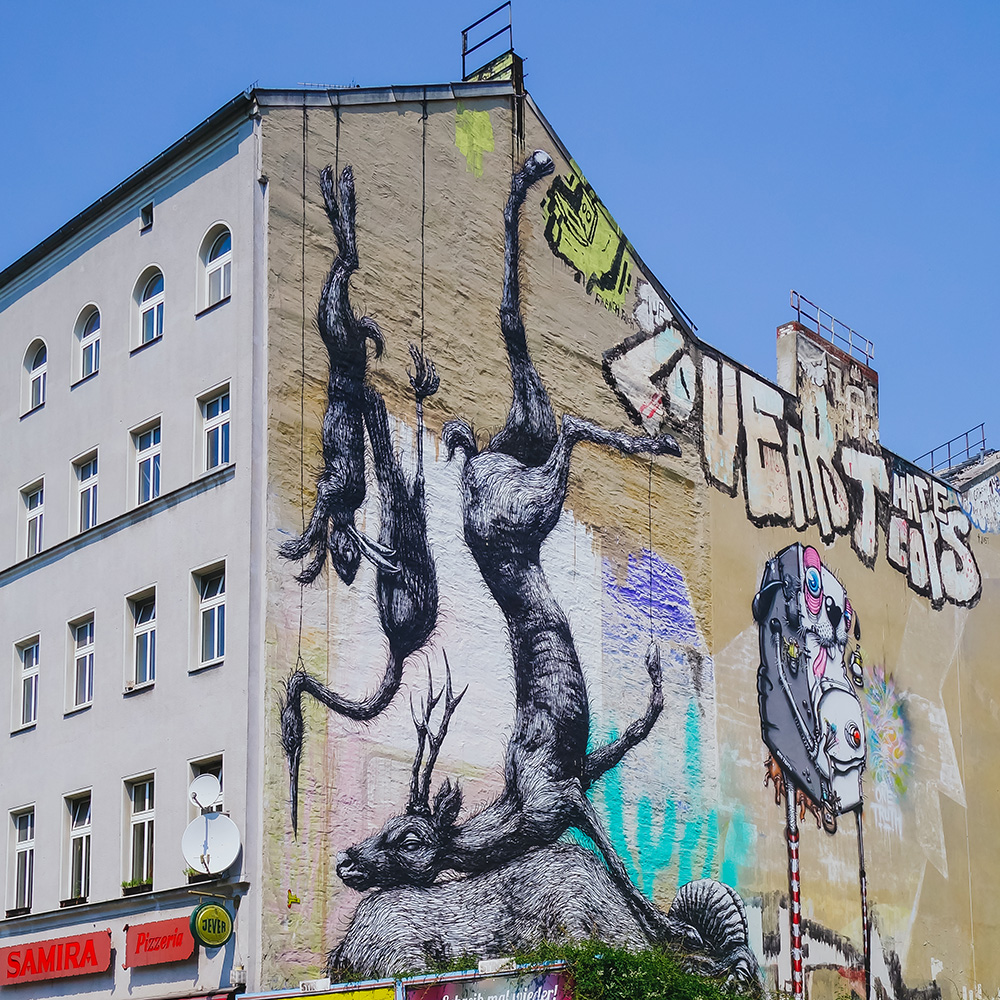 In Berlin, there’s no reason to pay for entrance to art galleries — there is street art around every corner! Head to Kreuzberg or Friedrichshain to discover some of the most iconic pieces in the city. While exploring the streets of these ecletic neighbourhoods, you will discover many great pit stops along the way. Think vintage clothing stores, pop up boutiques and concept stores. 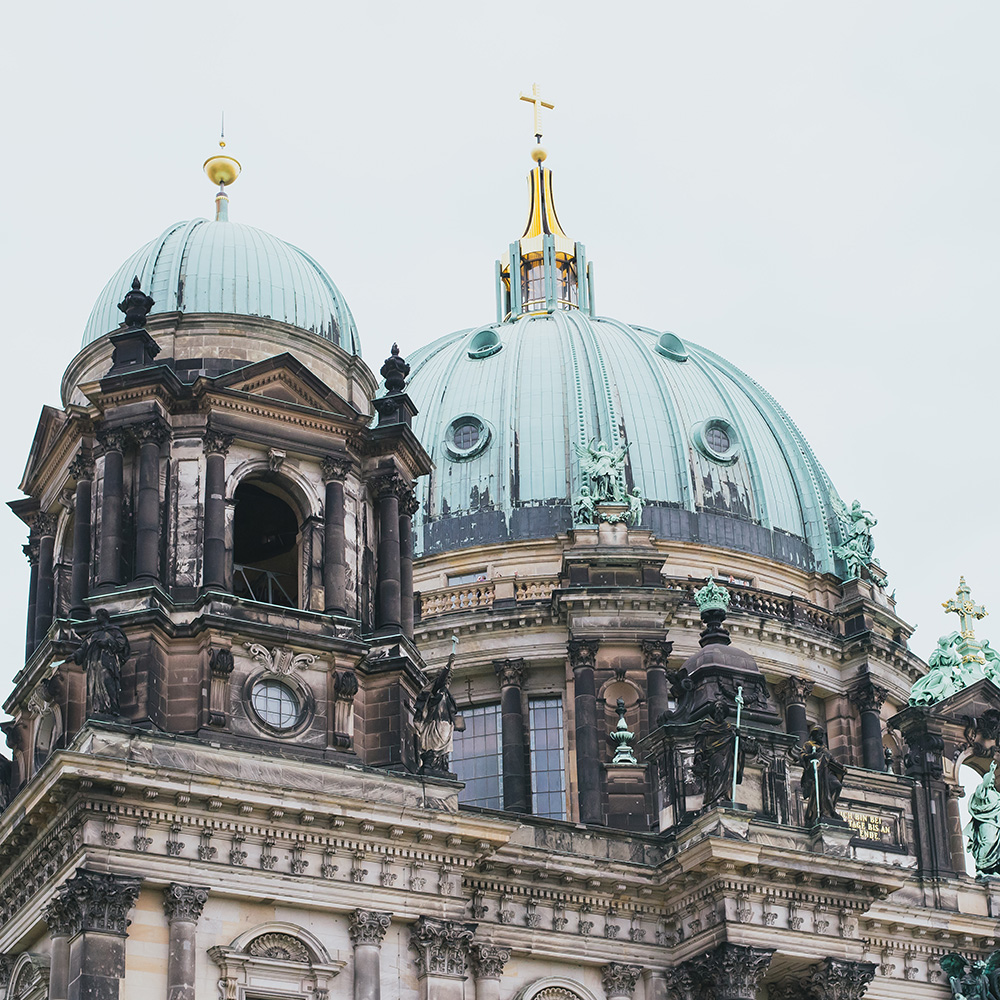 Admire the architecture around Museum Island

The UNESCO World Heritage listed Museum Island boasts a cluster of five world-renowned museums and the iconic Berliner Dom is also located right next door. Take a walk around the area to admire some of the most beautiful architecture in the city.

See a free concert at the famous Berliner Philharmoniker

The Berliner Philharmoniker Orchestra is unquestionably one of the best in the world. Every Tuesday at lunchtime, a free concert is held. Get there early to ensure you grab a seat — it fills up pretty fast! Performances begin at 1pm and run from September to June. 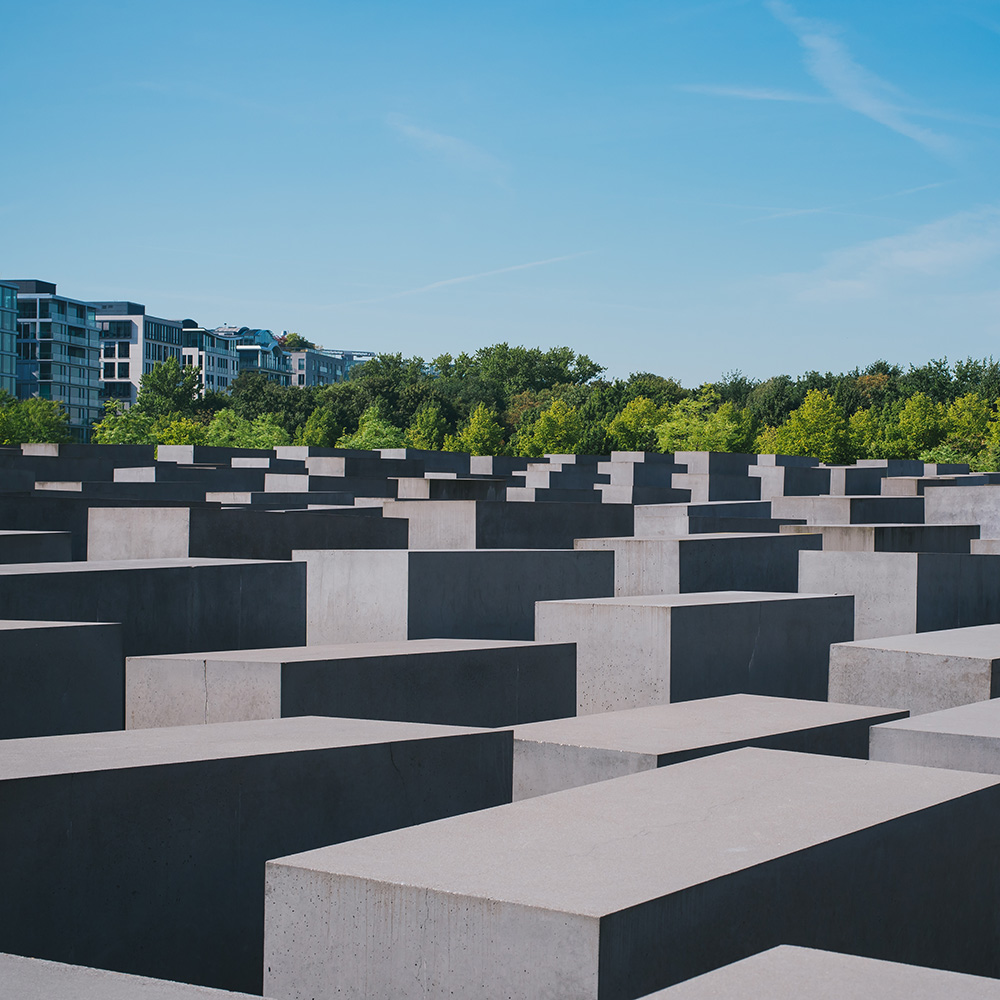 Berlin has been at the centre of some of the 20th century’s most pivotal historical events. Visitors can learn a lot about Berlin’s history at a number of sites that do not charge entry including the site of Hitler’s bunker, the Memorial to the Murdered Jews of Europe, the Topography of Terror exhibition, the East Side Gallery and the Berlin Wall Memorial among many others. 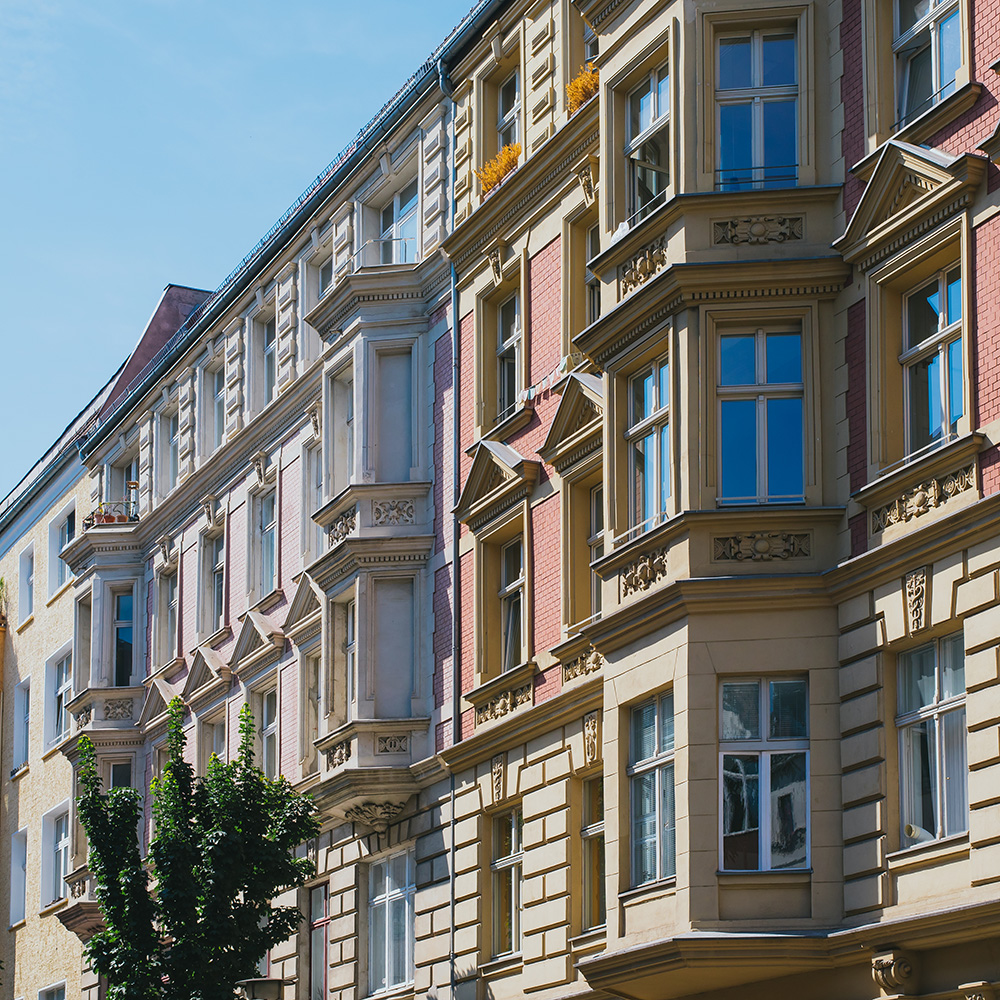 The Nikolaiviertel is the oldest residential area in Berlin. Its medieval lanes filled with cafés and restaurants make it a favourite destination for visitors. Although almost completely destroyed in WWII, it has been reconstructed with period architecture that reflects its historical roots. 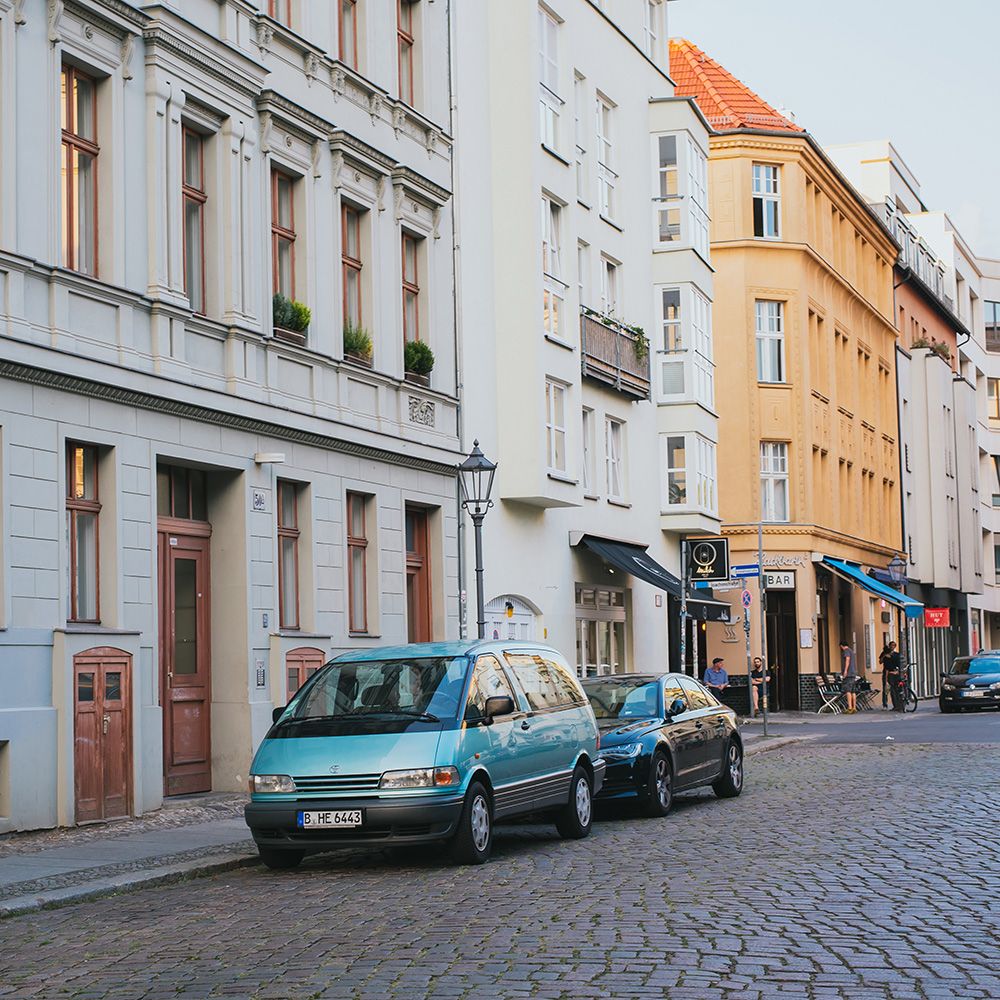 After the collapse of the Berlin Wall, Auguststraße developed into a gallery district. Lined with bars, restaurants and small gallery spaces with free entry, this street is a trendy hotspot. 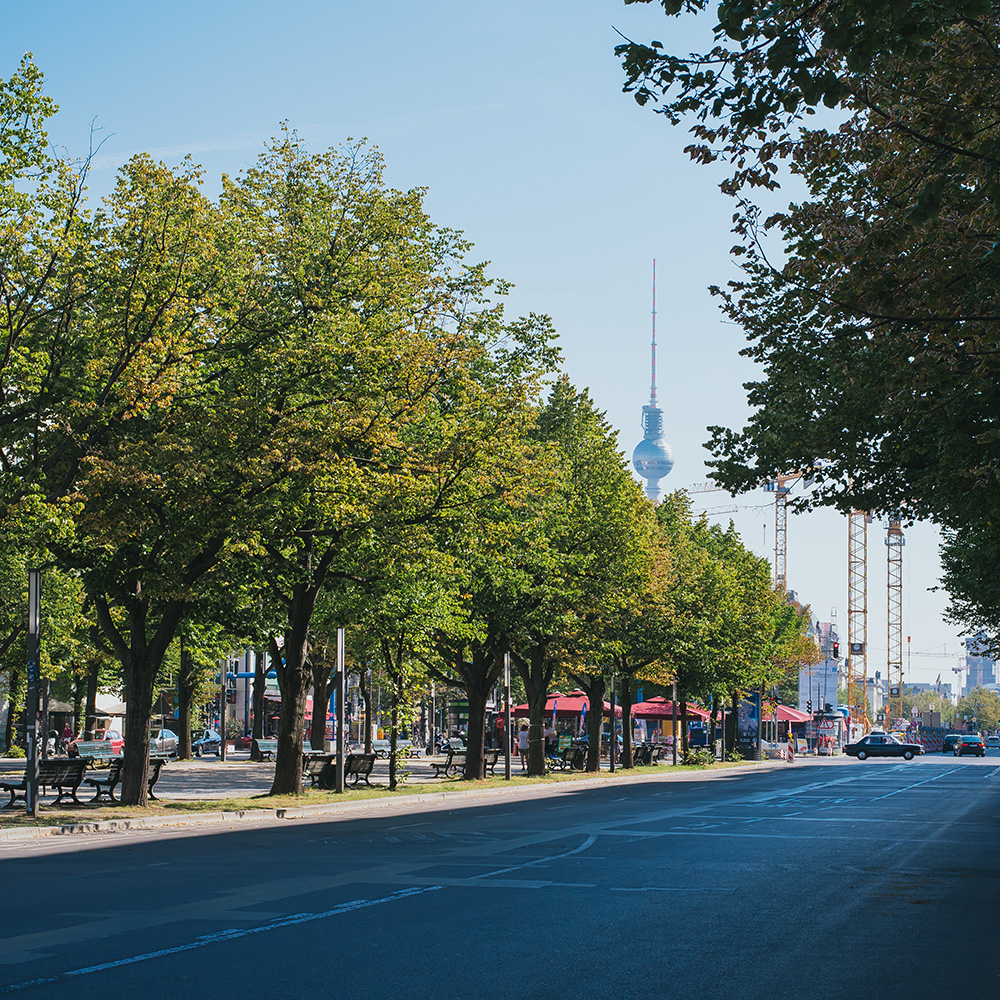 This elegant, tree-lined boulevard is the most famous street in Berlin and a stroll down Unter den Linden will take you through the historic central district. Your walk will take you past such famous sites as the Humboldt University, the Deutsches Historisches Museum (German History Museum) and the Neue Wache memorial. 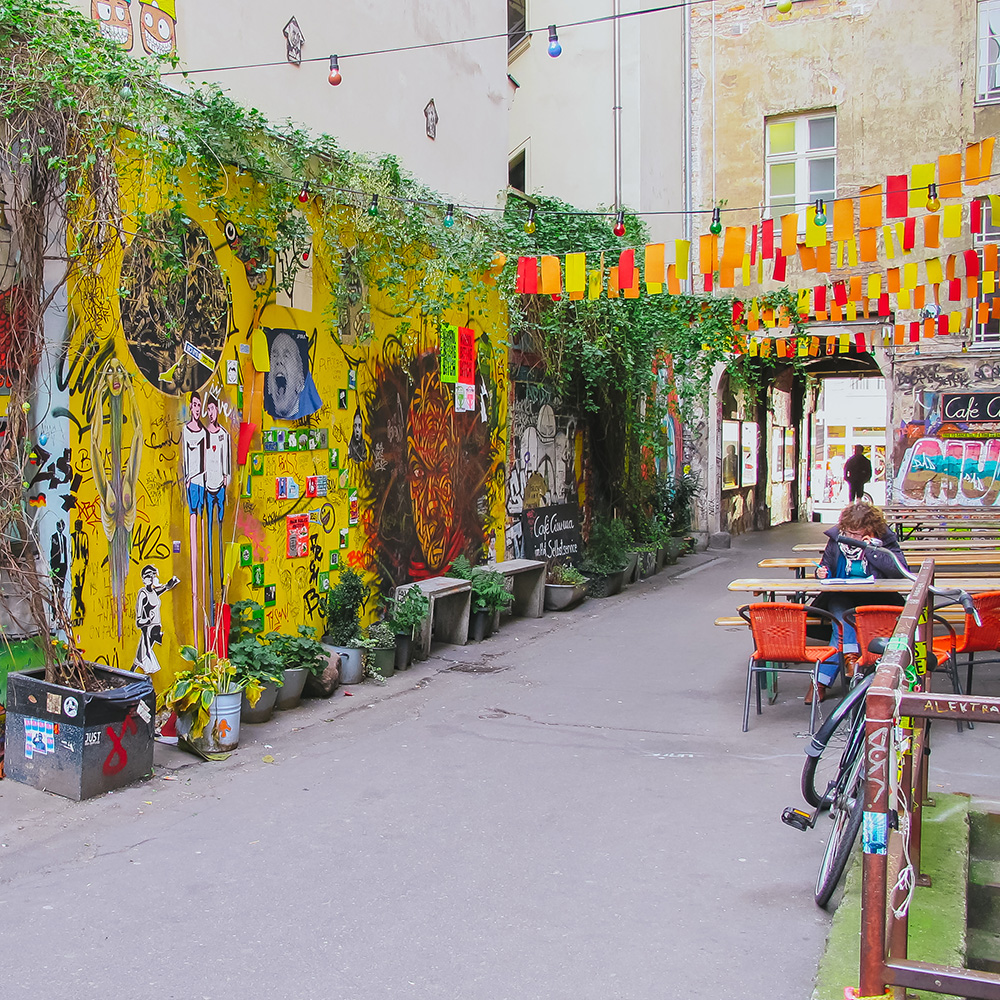 Head into the Hackesche Höfe

Nearby Hakeschemarkt S-Bahn station is an intricate network of alleys and courtyards known as the Hachesche Höfe. Wander down these for a colourful mix of street art, shops and cafes.

Berlin’s largest park was once used as the hunting grounds for the elite in the 18th and 19th centuries but now is a quiet oasis in the centre of the city. The sprawling gardens and reflective lakes make it a favourite place of refuge for locals and tourists alike. Tiergarten also boasts a picturesque Biergarten located in the west of the park and enjoying a beer and pretzel under the shade of the trees is a favourite summertime activity.

There’s no denying that Berlin is about as flat as a pancake so it’s a bit of a novelty standing on top of the natural highest point in the city in Kreuzberg’s Viktoripark. On top of the hill there is a cast-iron national monument built in 1821 commemorating the Liberation Wars. This makes for an excellent vantage point for views across the city. In summer, relaxing next to the 24 m-high waterfall that gushes down the hill towards the city is a favourite pastime for Berliners. 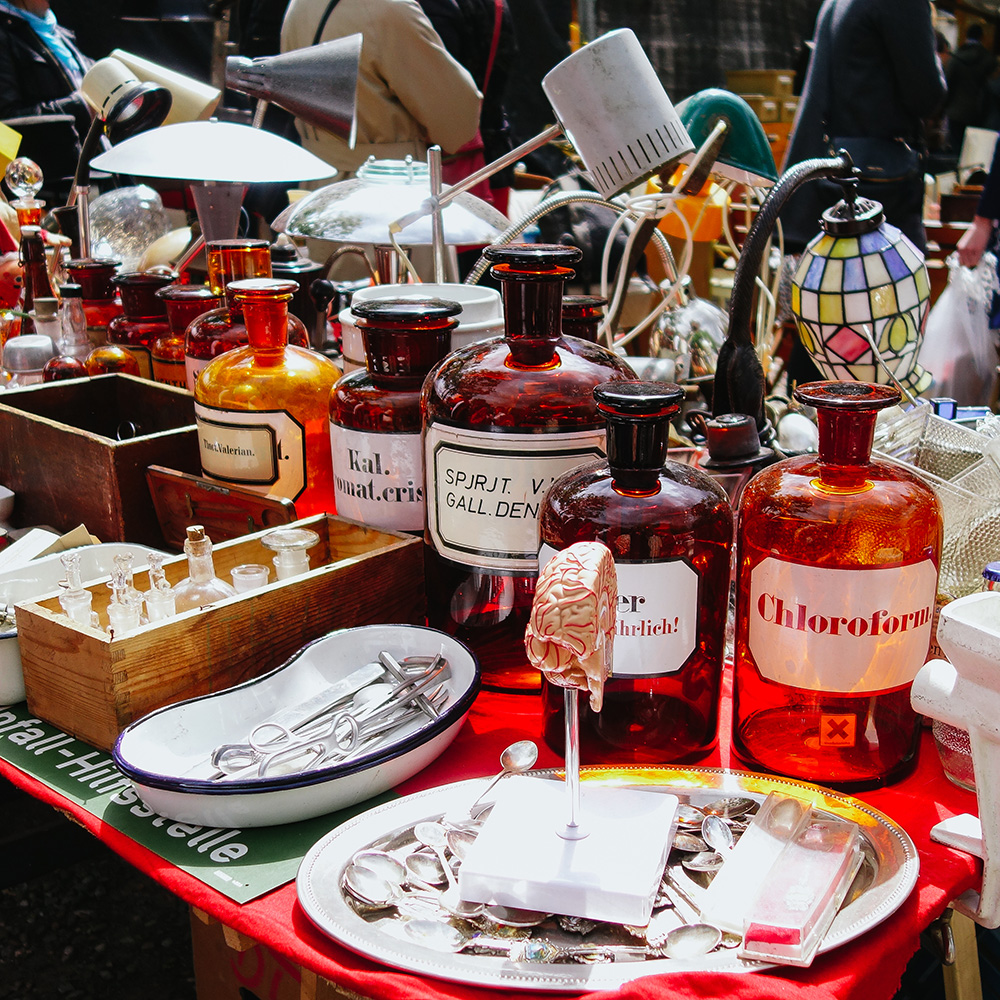 Browse the flea markets on a Sunday

A favourite Sunday activity for Berliners is browsing the flea markets, which you’ll find in every neighbourhood across town. Head to Mauerpark to rummage for treasures and browse the bric-a-brac before enjoying the open-air karaoke in the bearpit in the afternoon. 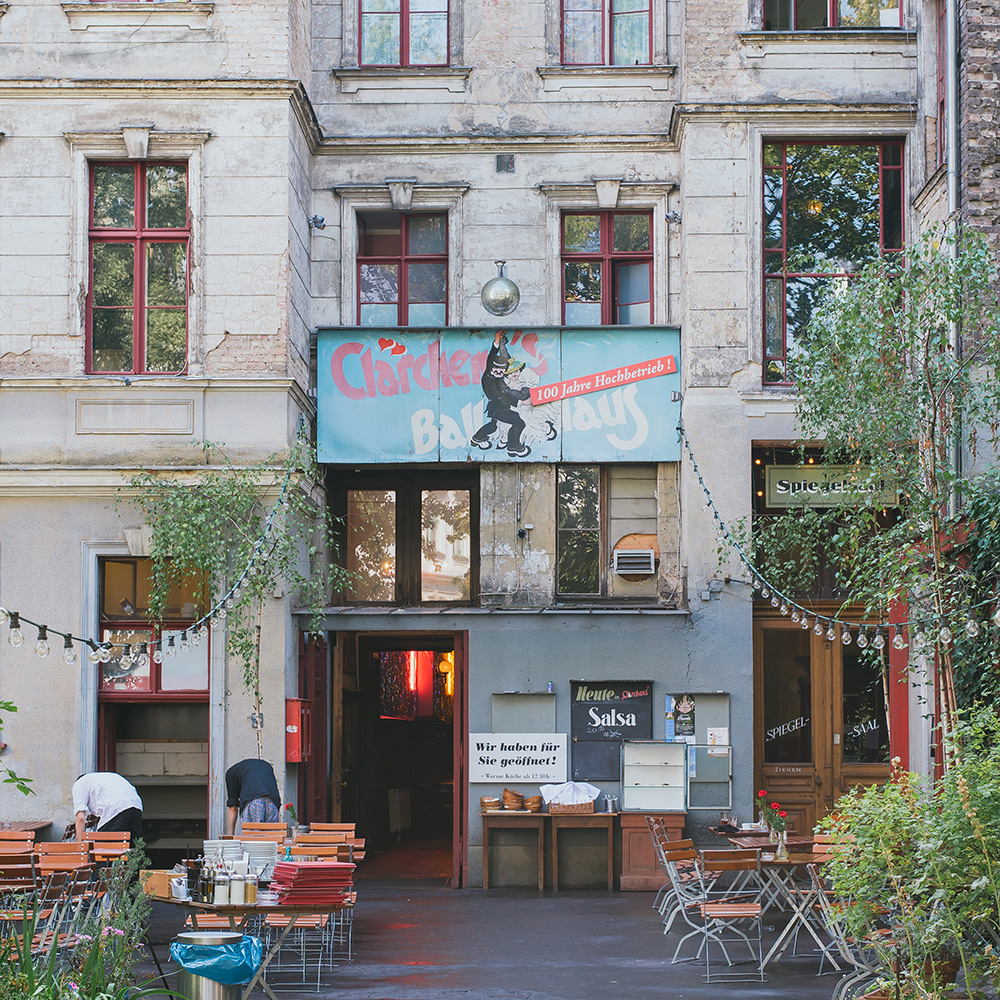 If you’ve ever wanted to learn to dance, what better place is there to learn in a historic ball house for free? The famous Clärchens Ballhouse opened in 1913 and escaped relatively unscathed from two world wars. Take a beginners salsa class on a Monday night or swing on a Wednesday night for free and be transported back to a different era. 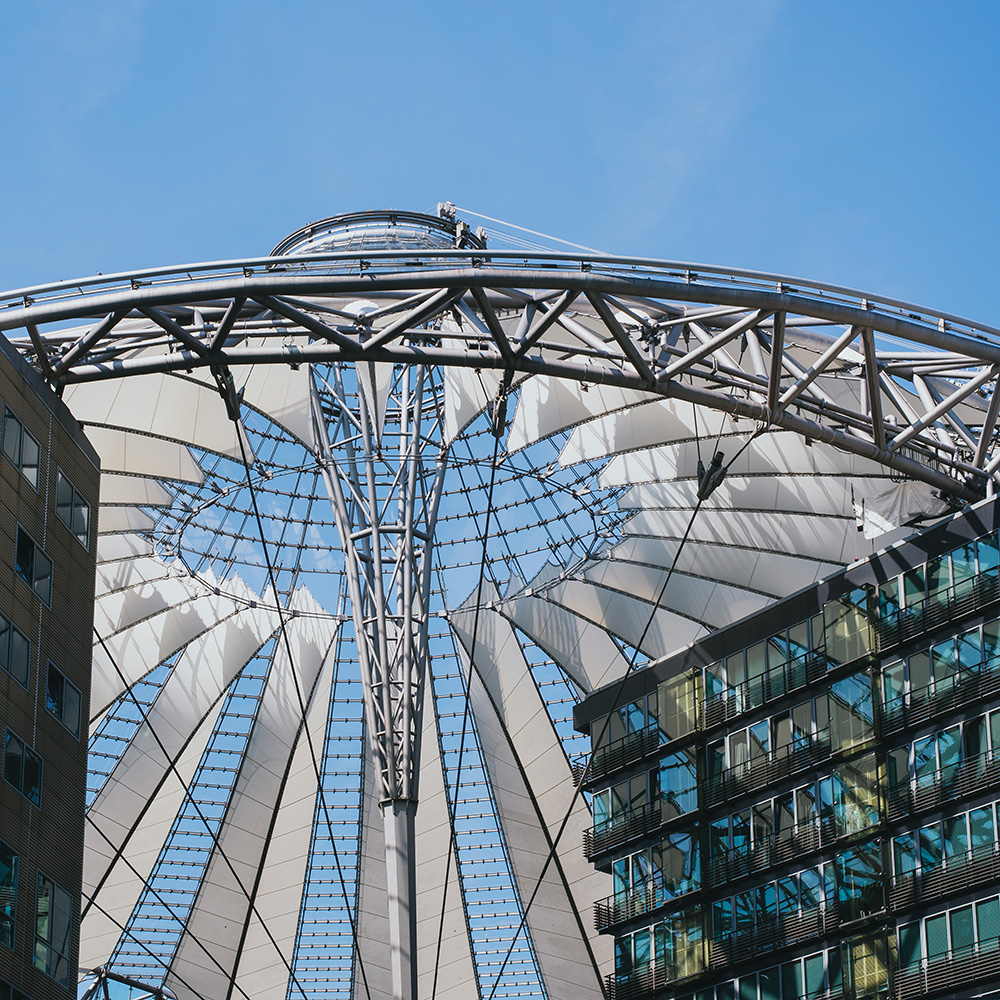 The impressive architectural wonder that is the Sony Centre at Potsdamer Platz should be on every visitor’s list. Primarily an entertainment centre and home to a cinema, film museum as well as Legoland, it is also the European headquarters of Sony, hence its name. Take a walk under the impressive glass dome which lights up in a rainbow of colours at night.

What are your favourite free things to do in Berlin? Read more of our Europe travel guides to plan your next adventure!