There’s no other city in the world that gets me like New York. Complex, multi-faceted and with a neighbourhood to suit any personality, I’m always eager to jump on a plane back to the concrete jungle and continue exploring one of the few cities in the world I don’t think I could ever get enough of! On this trip, I wanted to re-explore midtown, so I checked myself into the beautiful (and recently renovated) Intercontinental Hotel Barclay for a short but pleasant two-night stay.

This hotel is an experience the minute you walk in the door. The gold plated mirrors, marble floors and elegant splashes of colour had me feeling as if I had stepped inside a time warp back to the days of Audrey Hepburn a la Breakfast at Tiffany’s. Indeed, being a few minutes walk from 5th Avenue, this hotel felt as classy, classic and timeless as hotels come in The Big Apple. 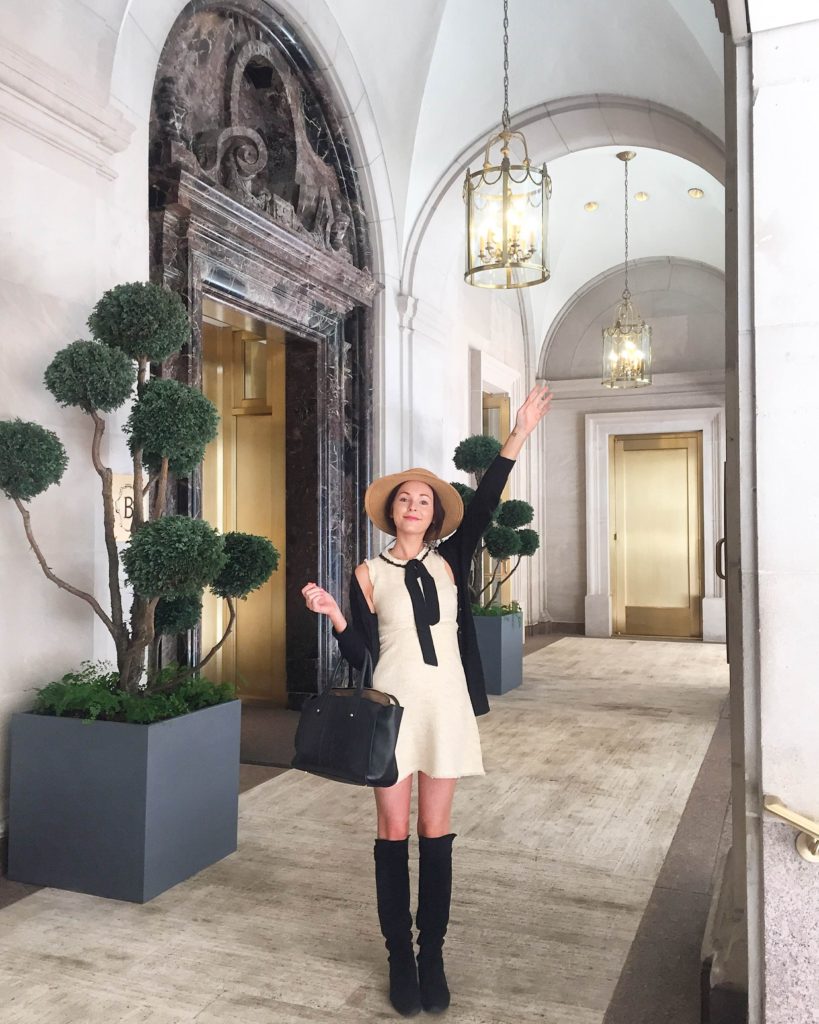 The hotel is located right in the heart of midtown, a short stroll from popular favourites such as Grand Central Terminal, Times Square, Broadway, the Chrysler Building, Rockefeller Building, 5th Avenue and even not more than a 15-minute walk from Central Park. Thus for first-time visitors to New York City, you really couldn’t get a better location.

Having recently undergone extensive renovations, I was excited to see the new interiors and wander around the hotel to explore all of its grandeur. Sure enough, the hotel is quite literally sparkling with new marble, chandeliers, an incredible gin parlour and beautifully appointed rooms.

Taking a walk around the hotel’s public spaces, I could soon see why this hotel is a popular choice for visitors looking for that ultimate Midtown experience. Gloved doormen, swanky elevators and an impressive in-room dining menu are just the beginning. The only downside is that you’ll want to spend so much time in the hotel before heading off to explore New York! 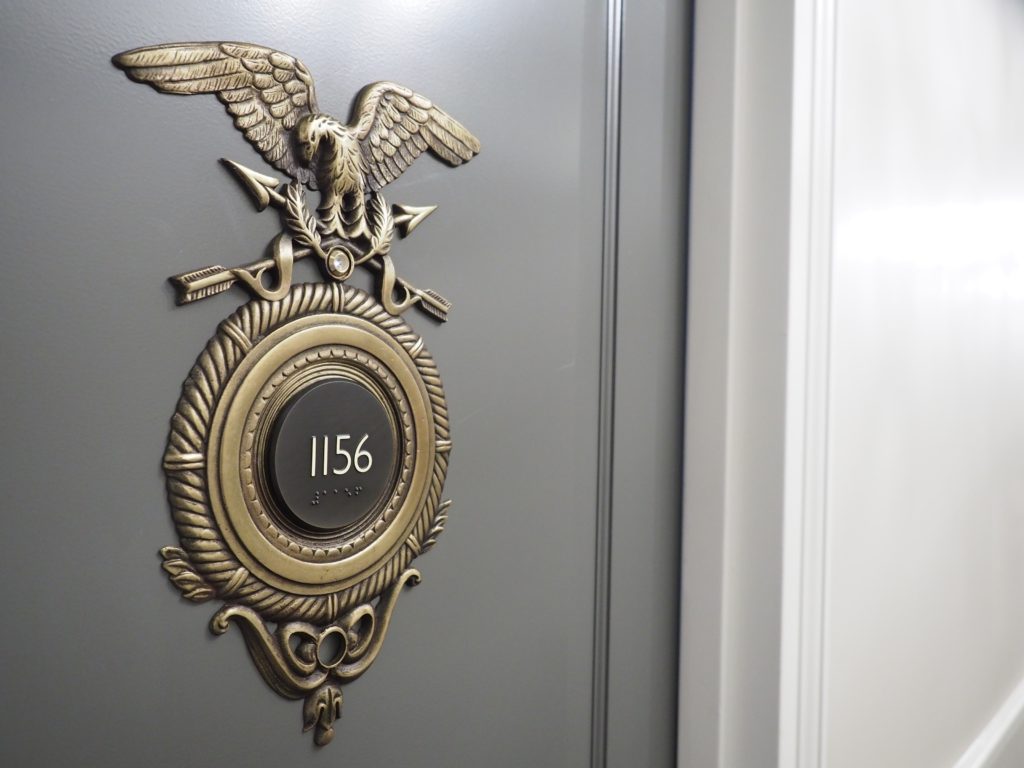 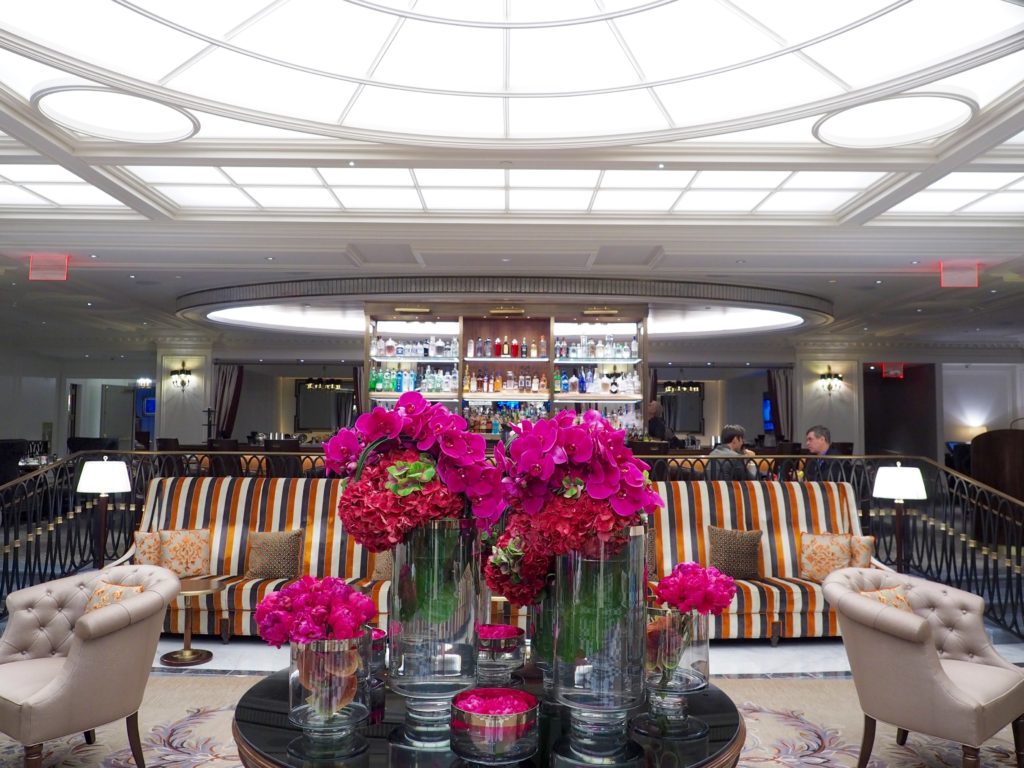 Inside the Room at the Intercontinental New York

During my stay, I visited both a standard room and a corner room suite, and I’m sure it comes as no surprise that the latter was much more enjoyable! My first room was on the 11th floor but with so many high-rise buildings neighbouring the hotel, there wasn’t much of a view to enjoy. The standard rooms are fine for a short stay, but I’d certainly recommend considering the Suite option if you’ve got a little budget to spare.

The suites offer a separate living room from the bedroom, with a large couch to cosy up on for those nights in. One of my nights I decided to go and grab takeout from Shake Shack nearby at Grand Central, which was a great way to unwind on my last night in New York! 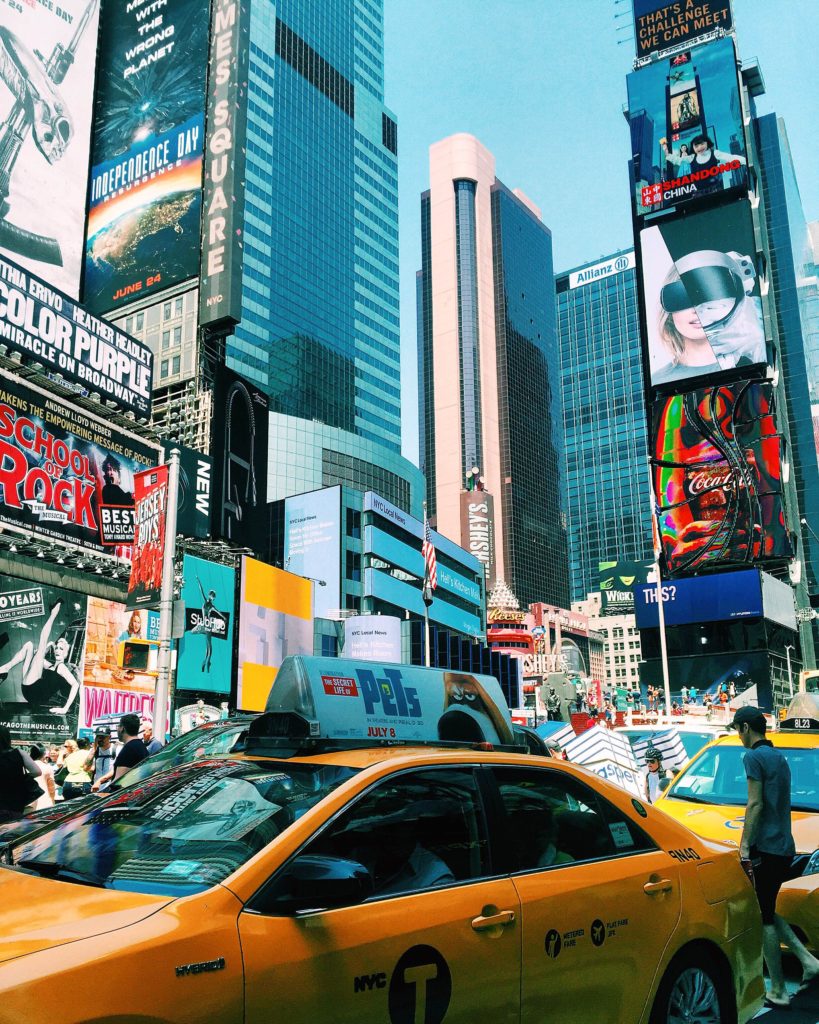 What to Do Nearby the Intercontinental New York

My absolute favourite aspect of the hotel is the close proximity to all of New York’s hot spots. In just a few minutes you’ll find yourself at most of the attractions in town.

Rockefeller Center – You can’t come to New York and not make your way to the Top of the Rock, which has unquestionably the best view of the city from above.

Times Square – Yes it is touristy and yes, it is chaos! But you just can’t come to the city without seeing Times Square at least once. I’d suggest seeing it once during the day and once at night, or even booking a Broadway show (my favourite thing to do for a night out in New York!)

5th Avenue – Perhaps the most renowned shopping street in the entire world (thanks largely to pop culture), 5th Avenue is a must-see (even if you can’t afford to shop at the fancy high-end stores!)

Central Park – In about a 15-minute walk from the hotel you will reach the base of Central Park – an absolute must-visit for that all-rounded NYC experience! 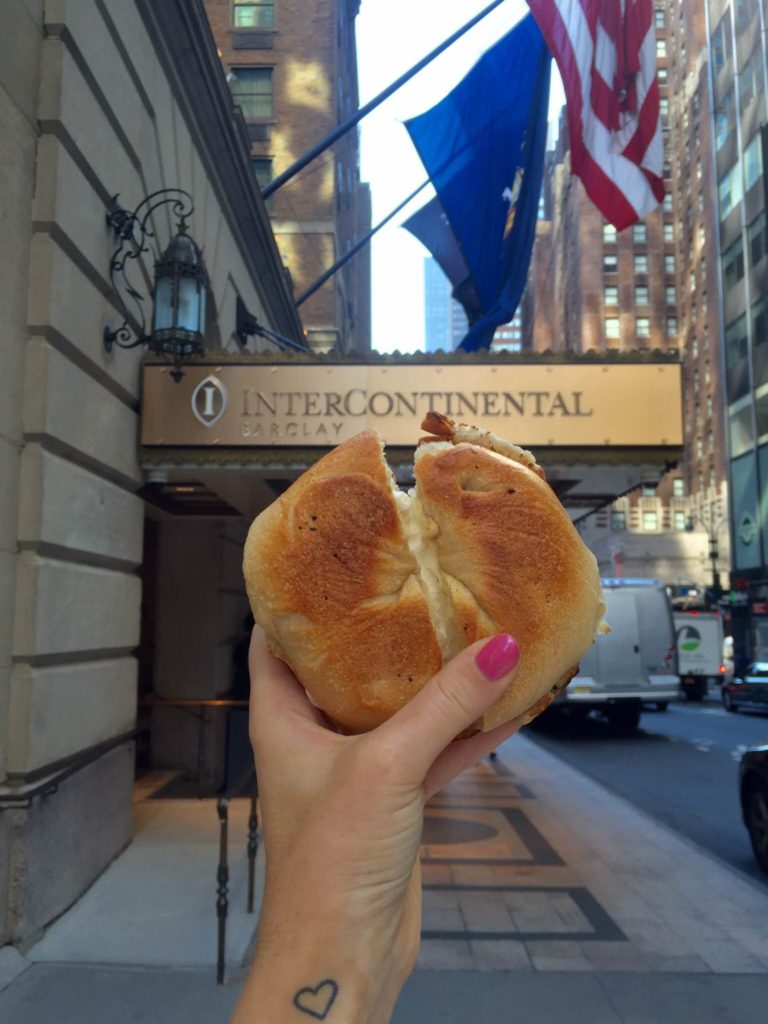 Finding the Best Food Nearby

In-Room Dining – On my last morning at the hotel I ordered room service breakfast as I had an early morning flight out to Los Angeles. Although it was pricey, it was a great way to grab a bite to eat before heading off for the day.

Gin Parlour – If you’d prefer not to leave the hotel for an evening, I can highly recommend the hotel’s very own Gin Parlour for a delicious dining experience. The menu had plenty of snack choices which accompanied a few cocktails perfectly!

Ess-a-Bagel – After asking the concierge where to get the best bagel in Midtown, I ended up at Ess-a Bagel and had the (hands down) best bagel of my life. You can grab a plain bagel with cream cheese or fancy it up a little with a “Bagel with the lot”, including egg, bacon, and all the trimmings.

Whole Foods Market – A few blocks up town you will also find a Whole Foods (upscale, healthy supermarket) should you wish to eat indoors or grab a picnic to go. You’ll find them on East 57th Street. 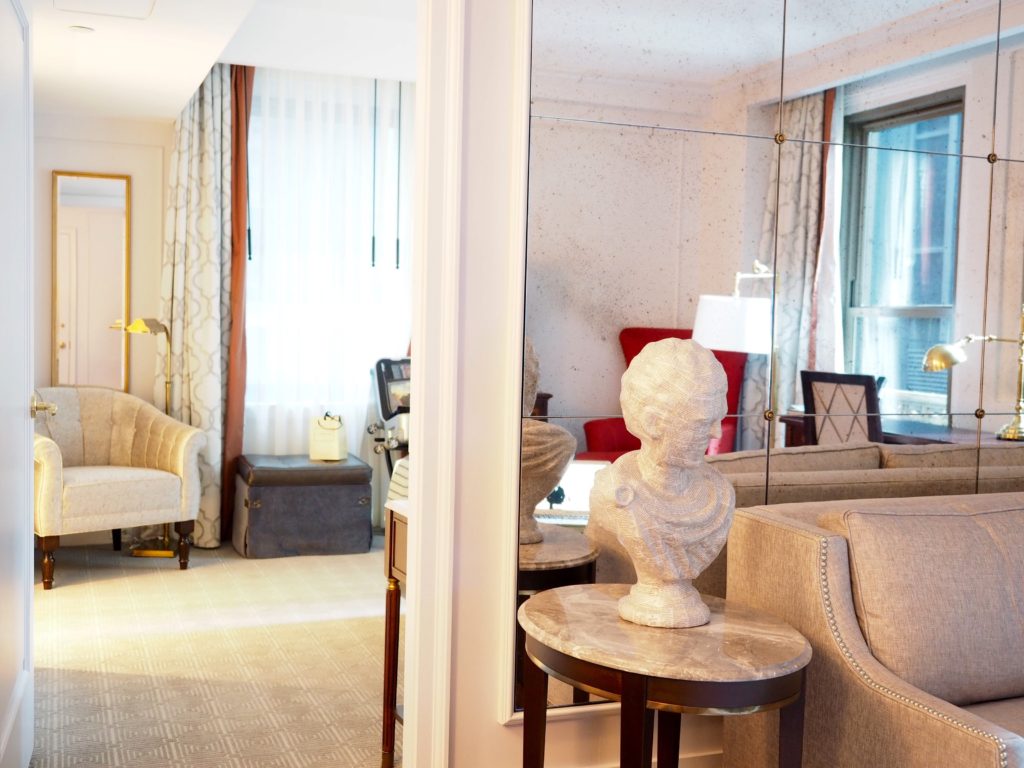 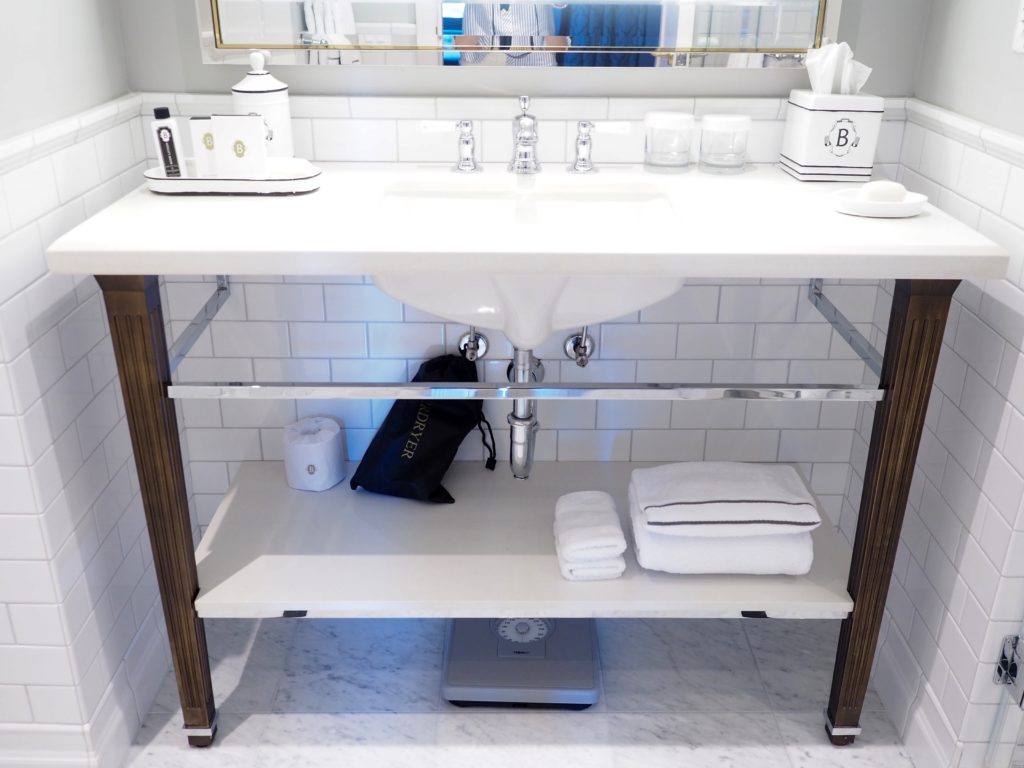 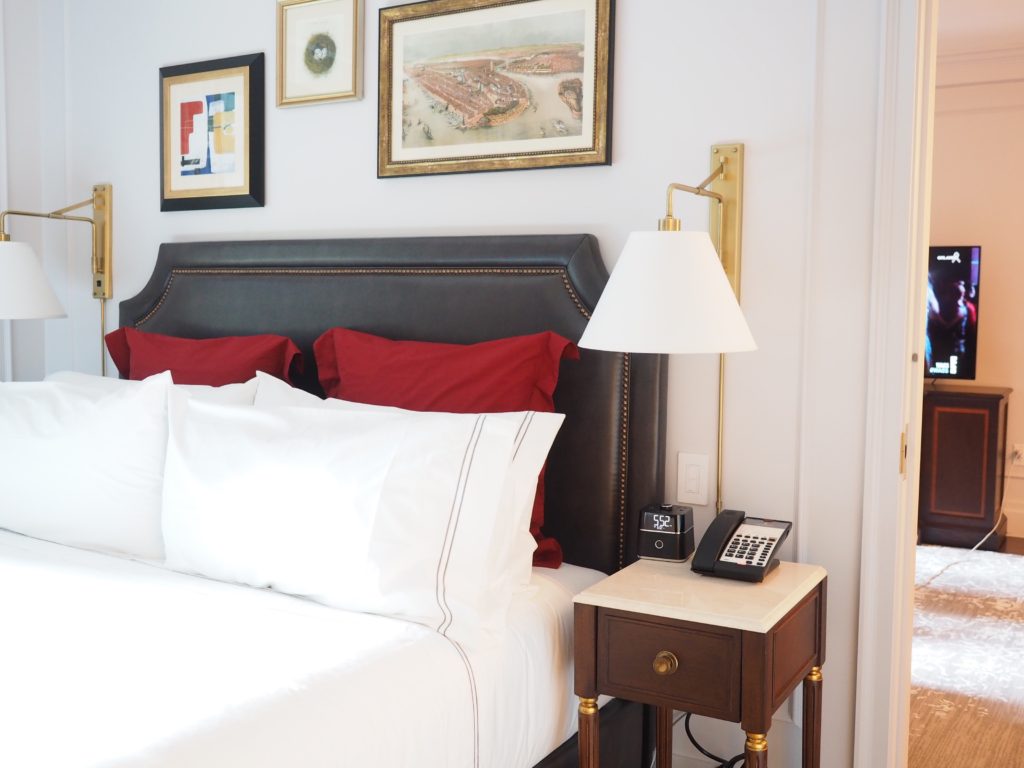 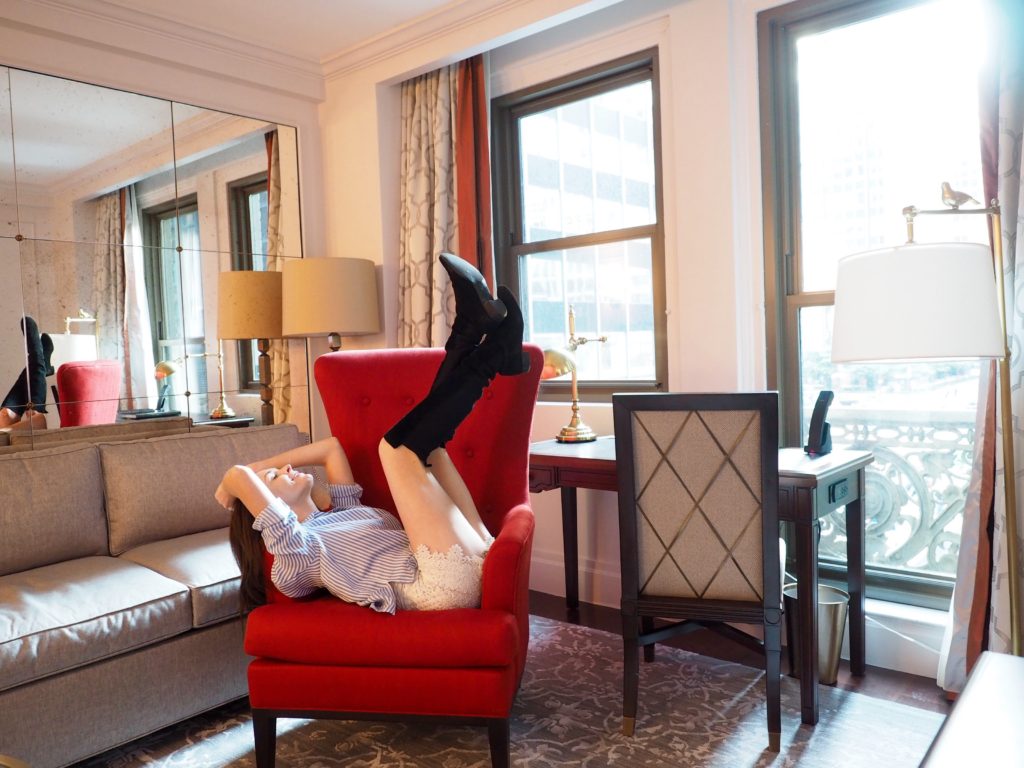