The Château de Chantilly is a fairytale castle located just outside of Paris and is a must if you want to escape the city for a little while. Here are just a few of the many reasons you should visit: 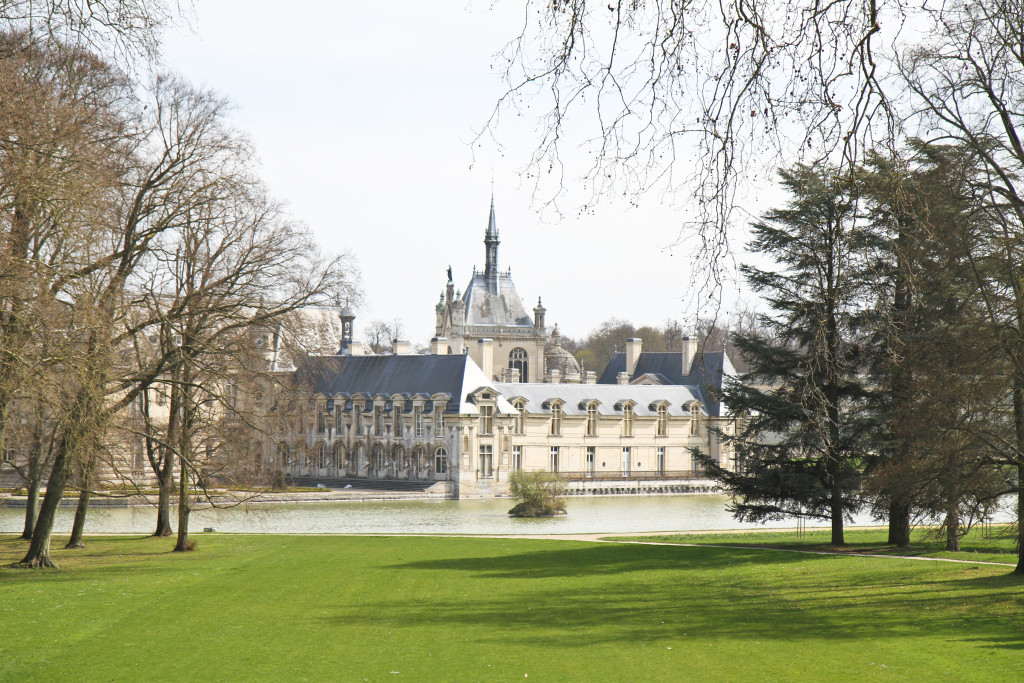 The castle looks as though it belongs in a fairytale with its magnificent French architectural design. The castle is nestled in the middle of a moat and is an emblem of French renaissance architecture. 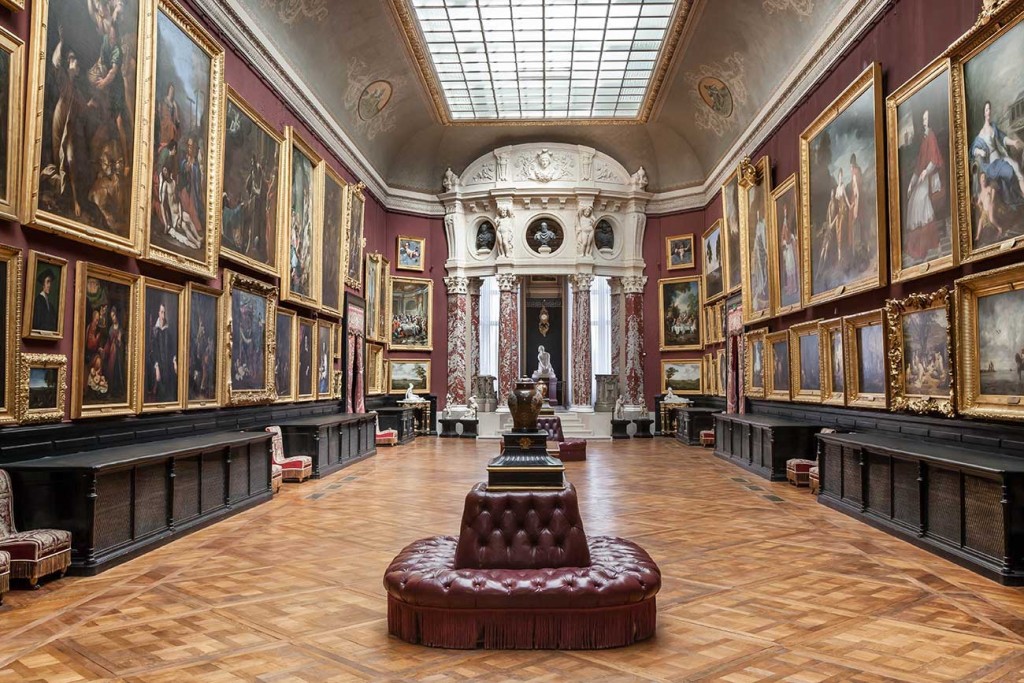 The castle is home to the Musée Condé which proudly showcases the second largest collection of renaissance art in France after the Louvre. Decorated in plush reds, the museum is a lot less crowded than the Louvre but the collection of art is no less impressive. With works by Botticelli, Raphael and Van Dyck, this museum is sure to leave a lasting impact on all art lovers. (Photo by Sophie Lloyd found on Domaine de Chantilly) 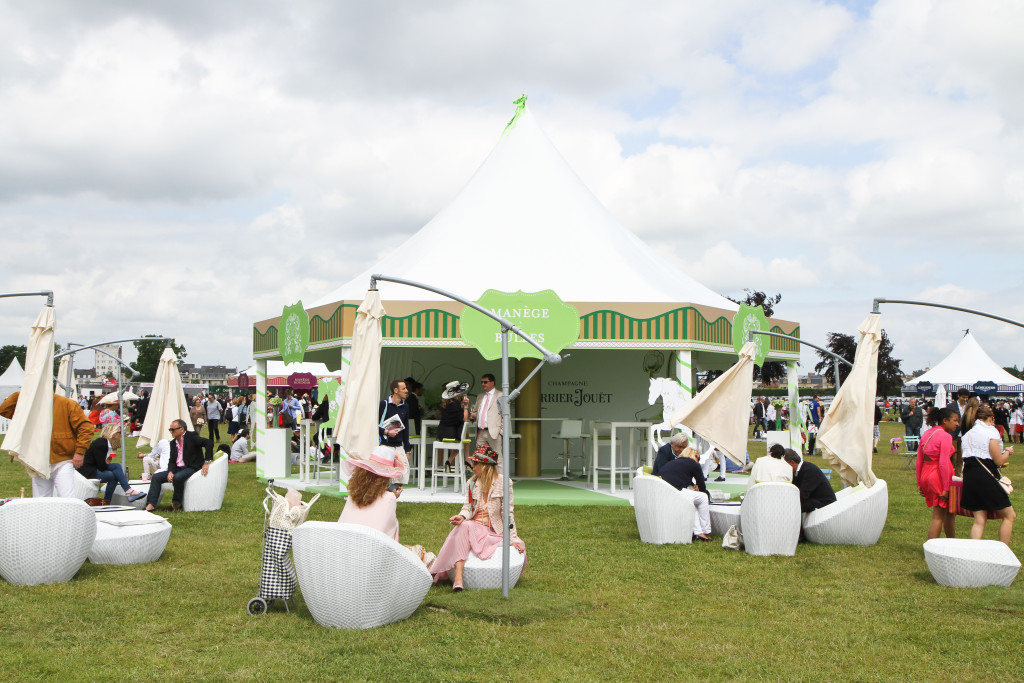 The castle has become famous for the horse racing events it hosts throughout the year. The Chantilly racecourse is located on the borders of the Chantilly forest and offers a pretty phenomenal view towards the castle in the distance. Going to the races is always a much anticipated outing but even more so when the surroundings are as idyllic as this location. 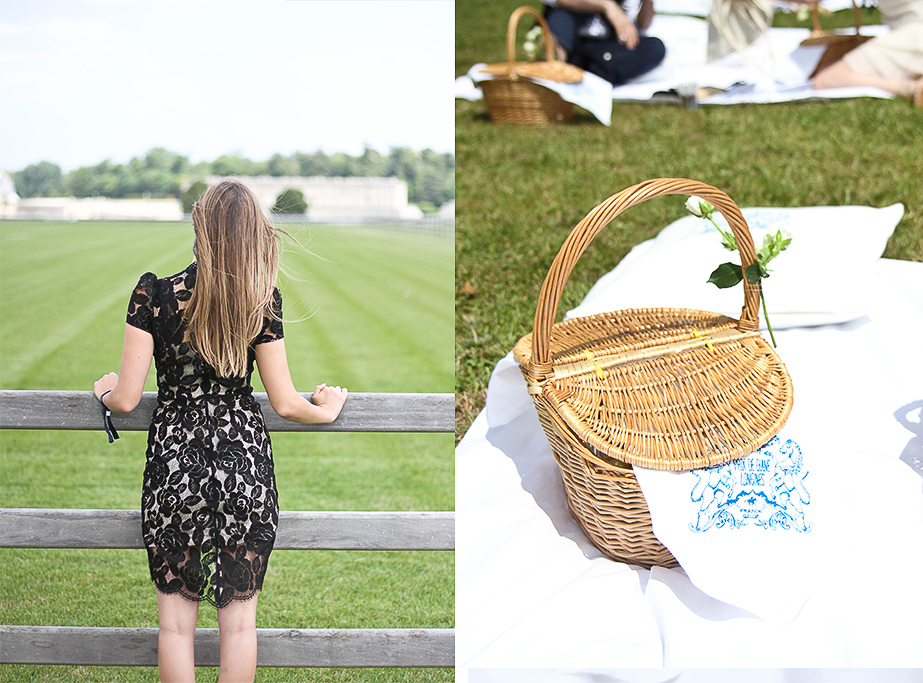 The most notable horse races are held here including the Prix de Diane and the Prix du Jockey Club. If dates coincide, I would highly recommend reserving a ticket. It will be a day that remains etched in your memory for a long time. 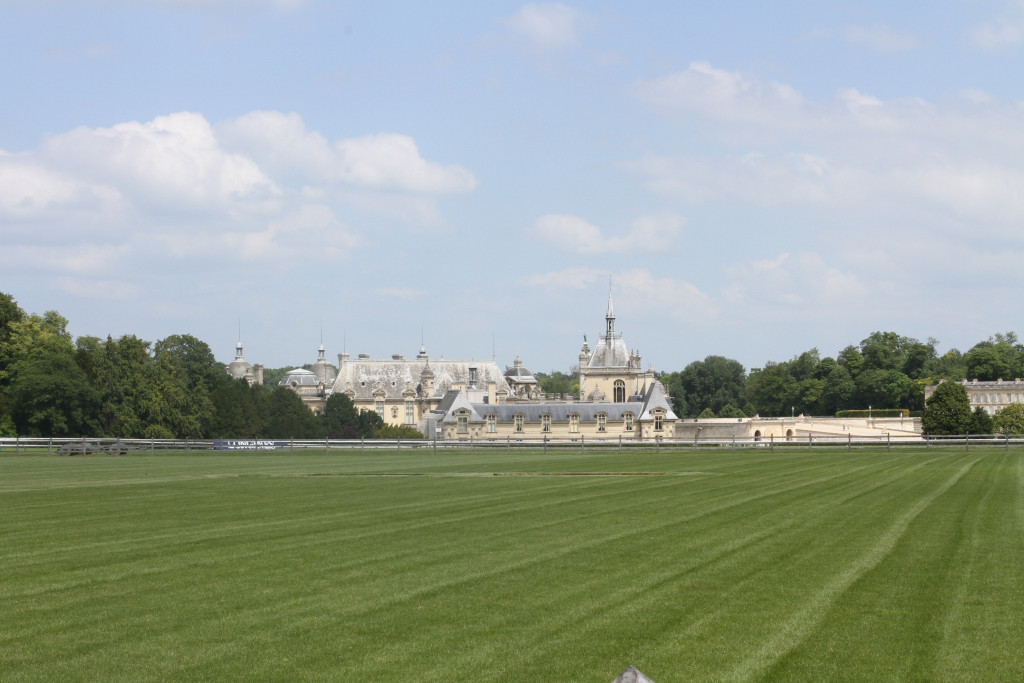 The original castle was built in 1528 for the Constable Anne de Montmorency however what stands there today is not the same castle. It was destroyed during the French Revolution along with many other of France’s buildings but it was later rebuilt by Henri d’Orléans in 1875 in an attempt to mirror its former opulence. 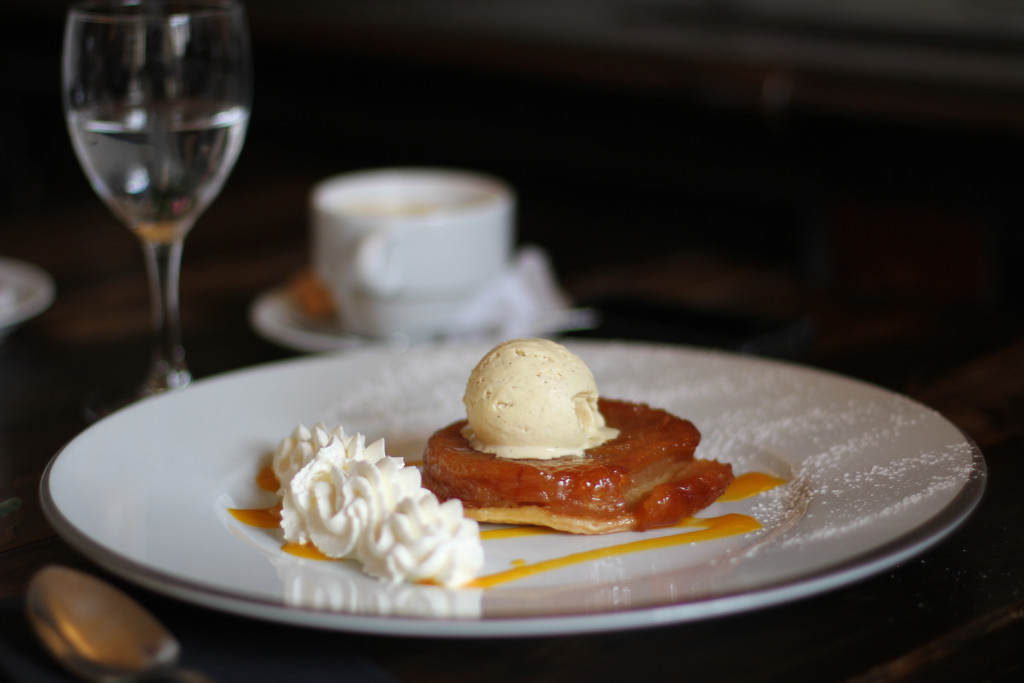 It is often said that Chantilly cream was created in the kitchens at the Chantilly castle. As the legend goes, chef Vatel was to cater for a party which lasted two days however supplies started to dwindle so in order to make the cream go further he whipped it to create larger volumes of the ingredient. Myth or not, you simply must try Chantilly cream whilst there as it is the best you’ll ever eat. It’s whipped to perfection, sweetened and flavoured with vanilla to create a delicious and extravagant cream which can be ordered as a dish on its own. 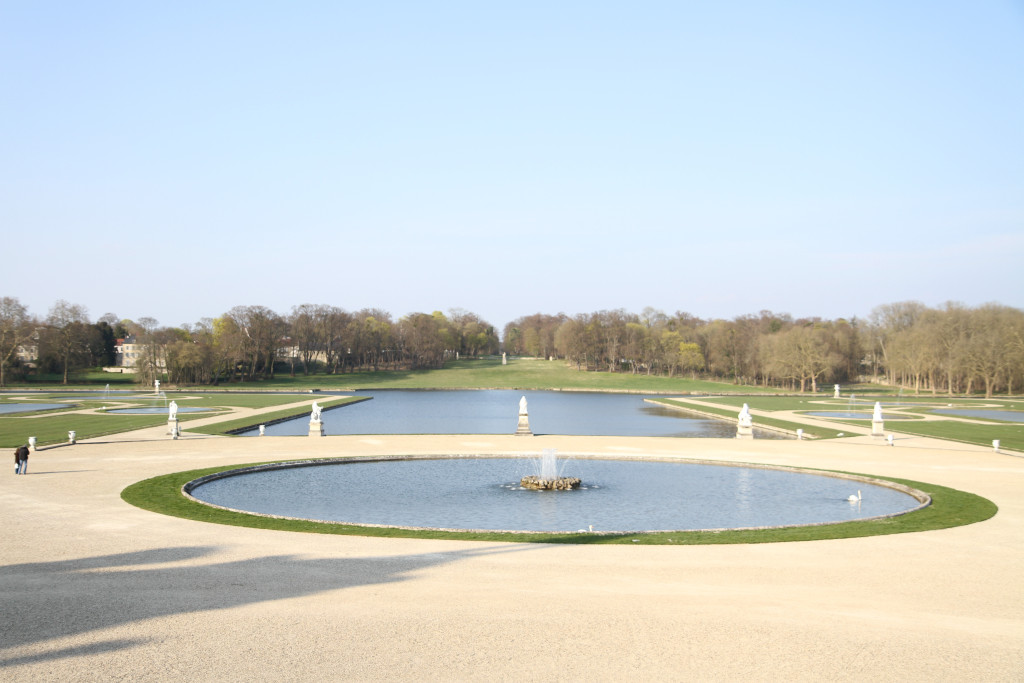 The gardens were designed by the famed landscape architect le Nôtre, better known for designing the grounds at Versailles. They are said to be le Nôtre’s favourite gardens which is no surprise after wandering these vast and beautiful grounds. Spanning 115 hectares, the grounds offer diverse styles from classical French-styled gardens to Anglo-Chinese gardens and English gardens created over three centuries. 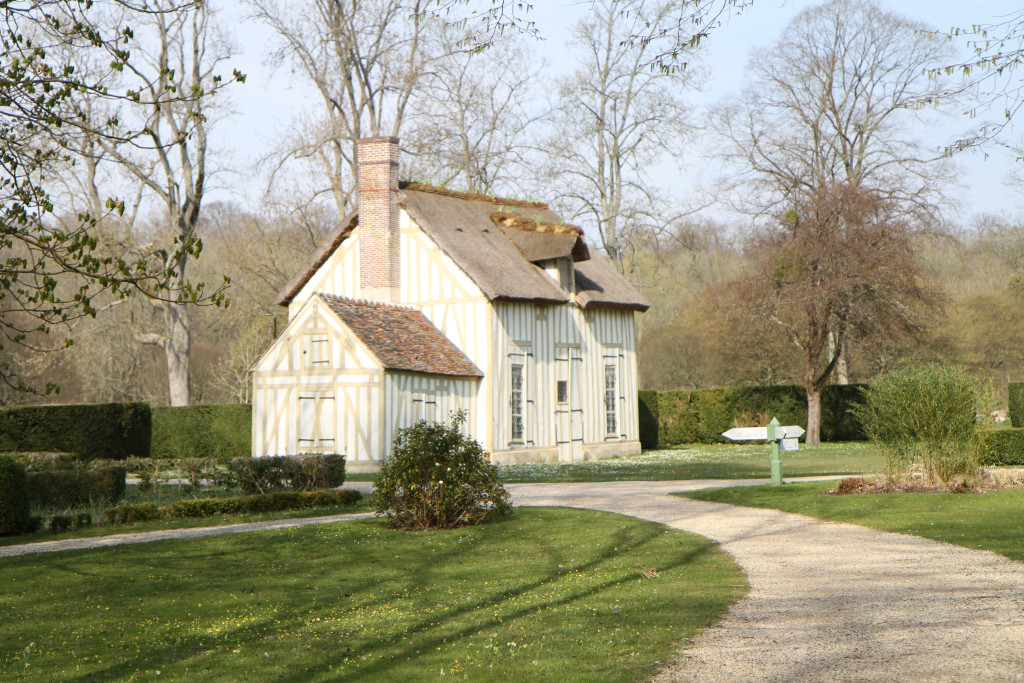 Located deeper into the gardens lies the hamlet of Chantilly which is made up of seven charming thatched cottages with modest exteriors but luxurious interiors. They were built in 1773 and were used as quiet and calm oasis to retreat after hunting and walking.