Last year I moved to Berlin to give the city a test run living as an expat. I gave myself two months to see how I liked living there and in just a few days I was convinced. I could make this my permanent city. Since then a lot has happened – I’m still travelling full time and finding it impossible to sit still. However Berlin for vegetarians and vegans is highly enjoyable, so I’m glad I made it home for a while. Here is where to eat for vegetarians and vegan in Berlin, my top picks! 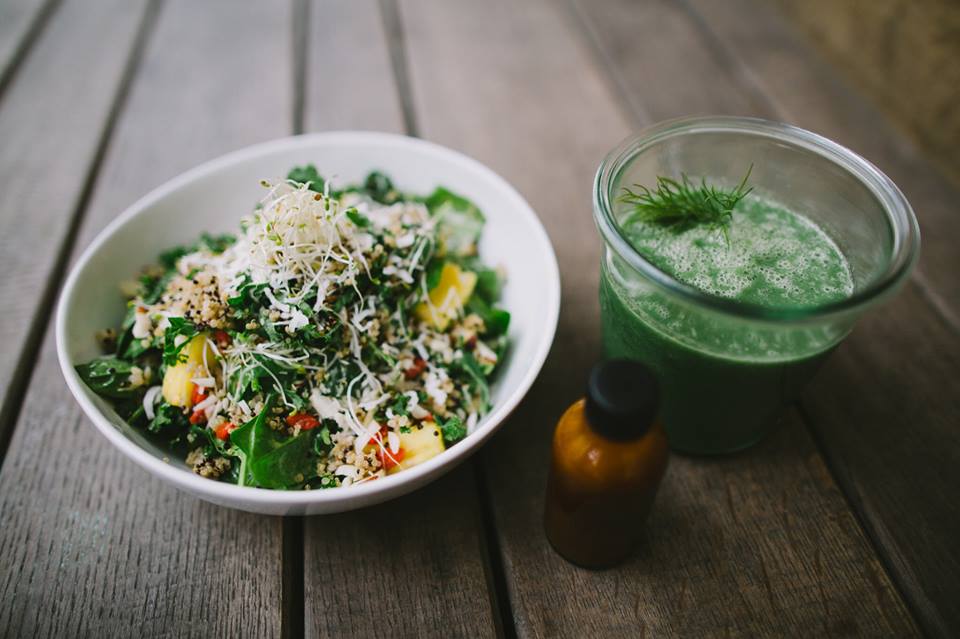 Where to Eat in Berlin for Vegetarians

I’m gonna start with my local and my all-time favourite raw vegan eatery in Berlin – Daluma. The fact that this particular eatery was located just a two minute walk from my apartment probably contributes to my love for the place, but despite my bias, I’m convinced Daluma has some of the best vegan food in the entire country, not just Berlin. I still wake up with Daluma cravings and go to bed dreaming of the days I could delight my taste buds with a warm bowl of quinoa mushroom salad. Yup, it’s that good. 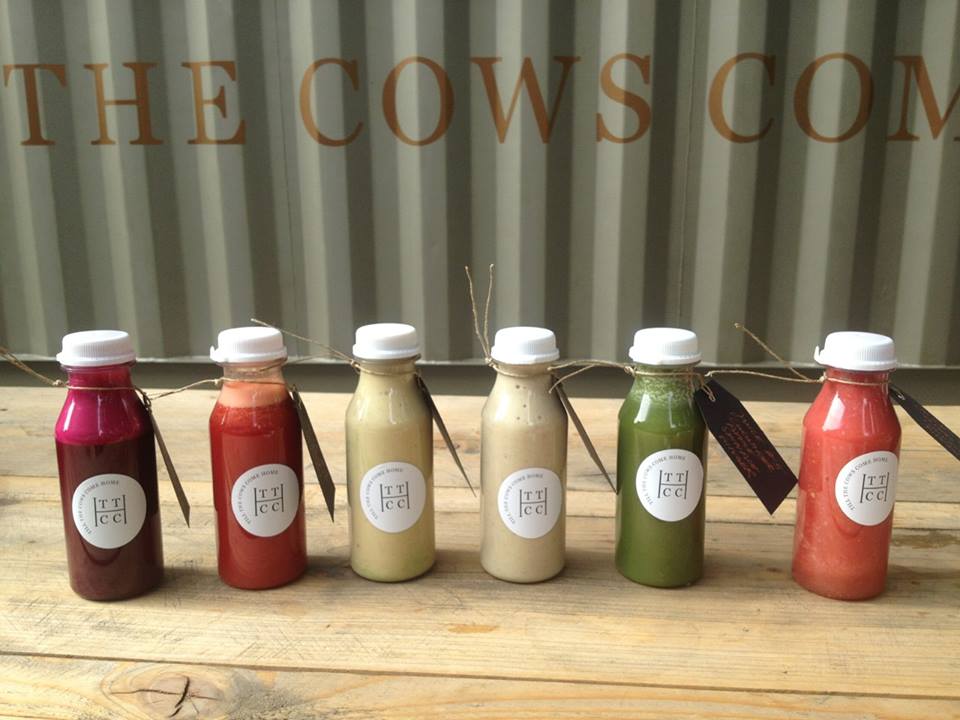 2. Til the Cows Come Home

Another yummy vegetarian meal that can be found in Mitte is at the makeshift mostly outdoors restaurant, Til The Cows Come Home. Sadly they’re not currently open as they only operate in the warmer months – but if you find yourself in Berlin in summer, be sure to look them up. They’ve probably changed locations, it’s all a bit take-it-as-it-comes… but try your luck, you might find them somewhere in Berlin in 2015!

According to ratings, this is the best vegetarian/vegan restaurant in town. While I can’t disagree the food is great, I’ll have to place it a close third on the list solely for being closed two days of the week. Sure, it could be overlooked. But eating in Berlin is cheap. So cheap that if you’re living alone it makes more sense to eat out every night. So to be off my radar for two evenings (closed Sundays and Mondays) makes it that little bit harder to obsess over. Oh, and its a little out of the way.Otherwise great food, great outdoor setting, and reasonable prices. 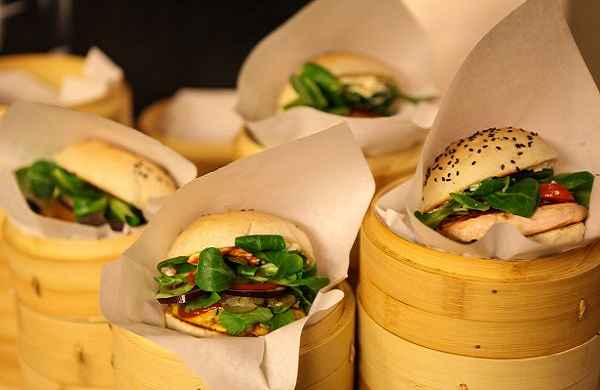 Looking for a place to take your carnivore friends that serves both you and them? Look no further. Shiso burger knows how to do a good veggie burger to accompany their predominantly meaty menu. The sweet potato fries are also killer! 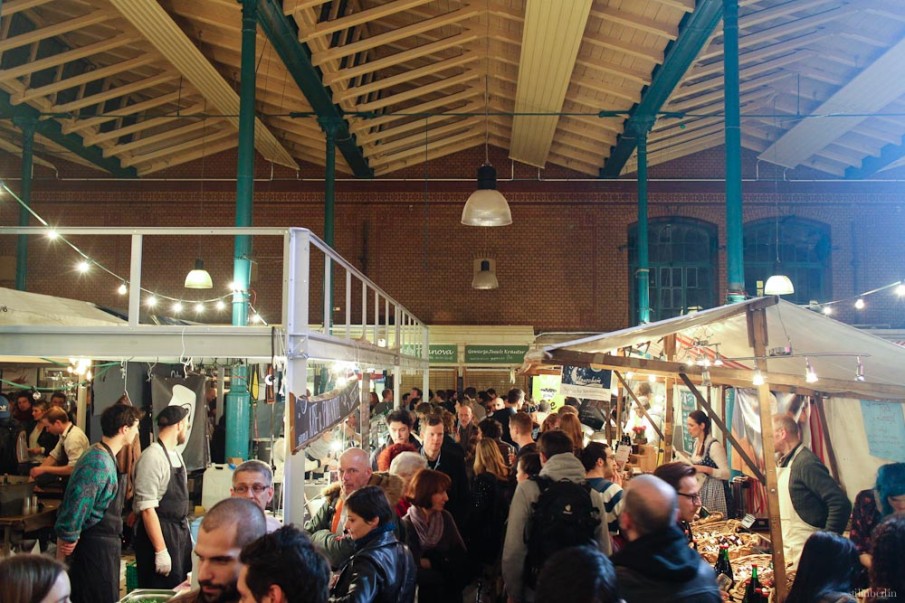 I’ll be upfront and honest and say straight away that the idea of the Street Food Market in Berlin’s Kreuzberg is way cooler in theory than in real life, but well worth a visit all the same. If you’re a vegetarian or vegan then you’ll surely find something here worth munching on, but the atmosphere can be a little lacklustre at times. Sometimes great, other times so-so. That’s partially due to the ever-changing list of vendors each week, but this is more a pro than a con.

Image courtesy of Still in Berlin.de 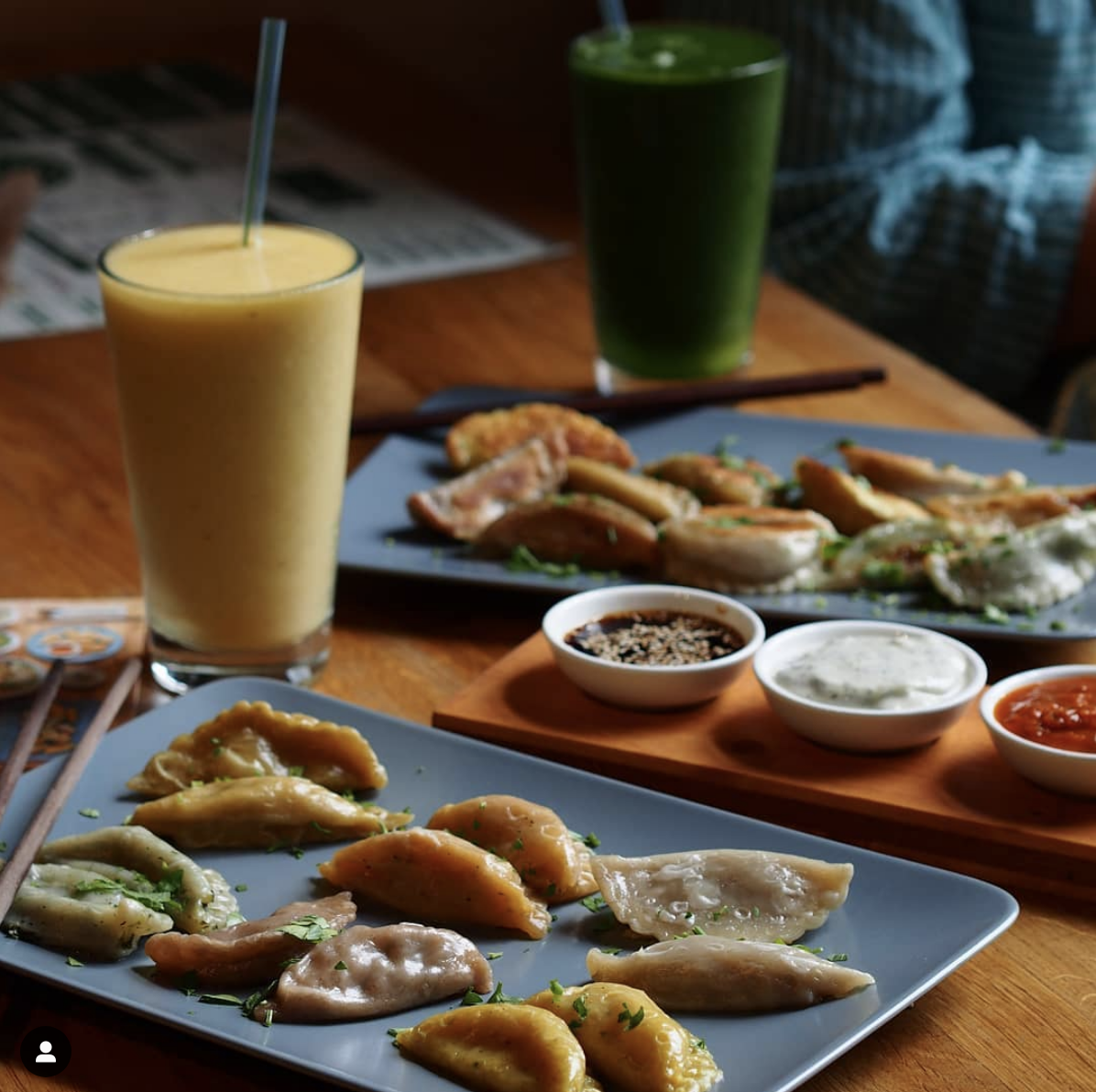 Organic vegetarian dumplings. I almost don’t want to type any more in order not to take away from those glorious three words in once sentence. Organic. Vegetarian. Dumplings. Devine! Also ridiculously affordable. Momos is certainly a haven for vegetarians in Berlin, so be sure to stop by. 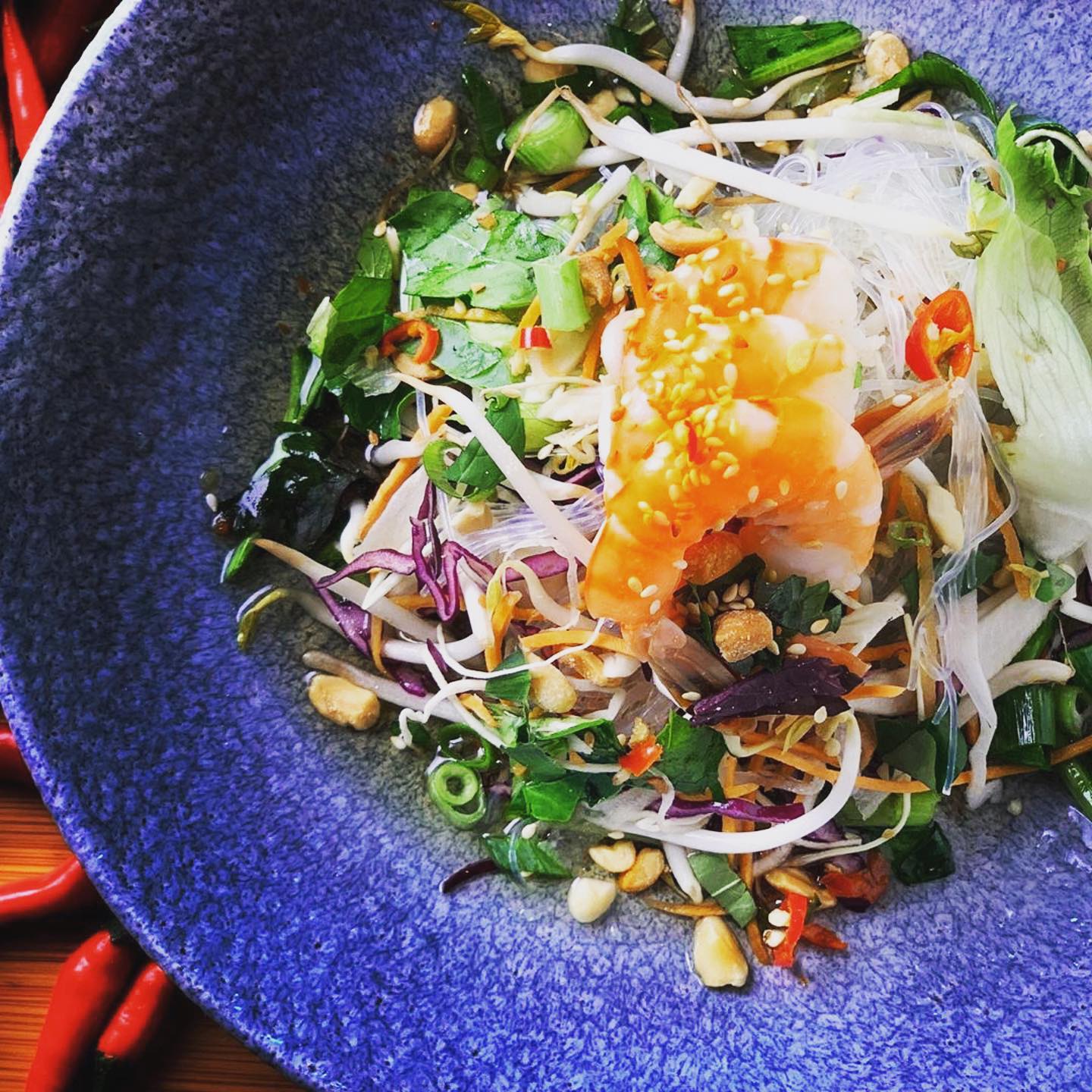 Again not entirely vegetarian and surprisingly with very limited on offer for veggos, you’re as surprised to see this on the list as I am to write it here. But I just couldn’t go without mentioning Monsieur Vuong, for they have one of the best Vietnamese warm tofu salads I have tasted in the world – even better than the food I ate in Vietnam. For around 5 euros, this is one of the cheapest oh-so-yummy-and-somehow-still-good-for-you eats in the entire city. 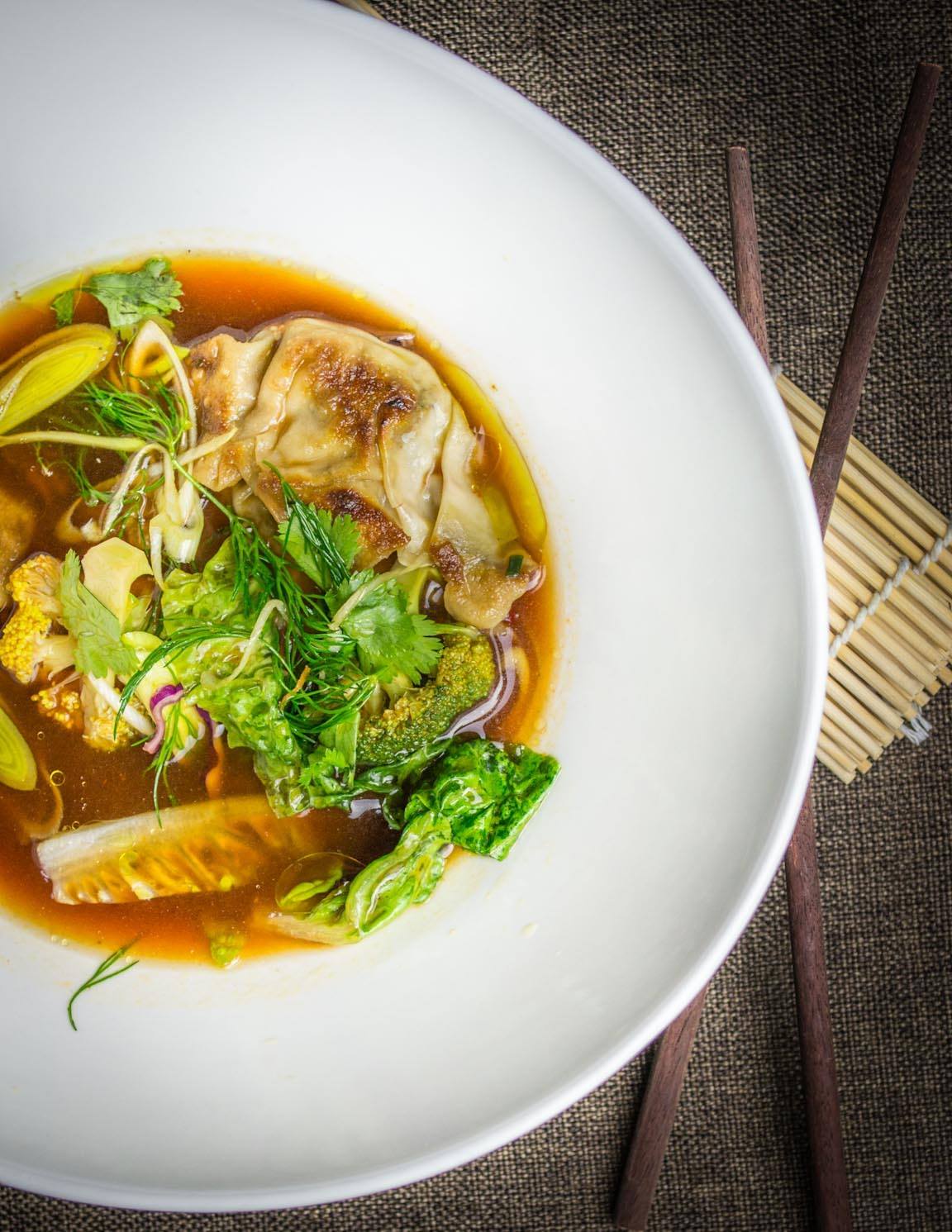 At the pricier end of the scale (I know I know, a rarity in Berlin), is the critically acclaimed Lucky Leek. According to reviewers, this is one of the best vegan fine dining options in the entire city. While I didn’t make it there during my time in Berlin, I was convinced that it simply cannot go without a place on the list thanks to personal recommendations from my veggie friends still living in Berlin. Perhaps worth a try if you’re looking for something fancy!

FOLLOW THE JOURNEY:
Feeling grateful for the last 30 years around the