Hoorah! The stars finally aligned and on my way home to Australia from Warsaw, Poland, I was granted a Business Class Upgrade from my otherwise cosy elbow-nudging seat up back.

For a long time I’ve been an avid fan of Emirates Airline. I’d even go so far as to say they are indeed my favourite airline and I choose to fly with them wherever possible – which is almost always, given their base, Dubai, is pretty much at the centre of the world.

But despite my many flights with Emirates and now being a holder of the Silver Frequent Flier card (a mere one step up from the base blue card and a far cry from the Gold or Premium members), I had to this day never been upgraded. In fact, I had never been upgraded in my life… and in 2014 alone I took a total of 99 flights. Those aren’t great odds. 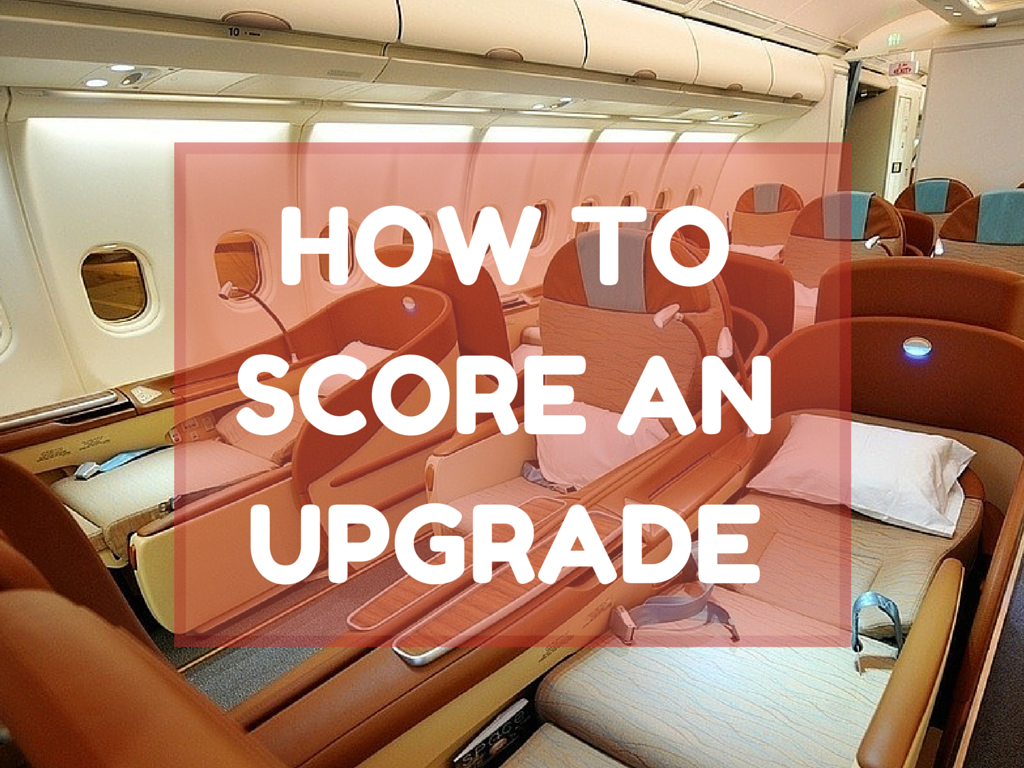 So How do you get a Business Class Upgrade?

There are many (too many) myths on online forums and blog posts about how to get a business class upgrade. I know because I’ve read them… all in an effort to score the golden ticket and sip on French champagne while the plane leaves the tarmac.

I got so impatient, in fact, that I even purchased a business class upgrade mid-way through last year. A special promotional email made its way into my inbox and for a reasonable $1,000 AUD, I was offered an upgrade to fly business class all the way from Hong Kong to Dubai, plus Dubai to Cape Town. It’s a pretty long route and the price seemed fair, so I jumped at the opportunity. It was without a doubt worth it, but I’ve struggled with flying economy ever since… it’s a trap you too may fall into.

The offer was again emailed to me for my flight from Warsaw to Dubai, the first leg of my journey back to Australia. I was heading home for Christmas and thus travelling at peak period, meaning that the one-way ticket had already cost more than I would have spent living in Poland for a month, however it was a special occasion given I had been away travelling for now 12 months.

I didn’t jump at the chance this time, despite the offer having the same $1,000 price tag. It was only a 5-hour flight through to Dubai, however if the offer included the entire journey back to Australia (24 hours in length mind you!) then I probably would have taken it.

But alas, I didn’t. Lucky I scored a free upgrade at the airport on arrival.

I know what you’re thinking: How?

There were a few factors that contributed to my lucky day – none of which are conclusive because, at the end of the day, there are various reasons why you will score an upgrade to business class – each varying depending on airline, travel circumstances, and your personal situation.

It wasn’t because I didn’t have a special meal request. I did. Myth #1 busted. Despite having a special vegetarian meal requested in economy class, I still got the upgrade. I had read online that this would hinder my chances of scoring an upgrade because airlines couldn’t serve food from a lower class and would thus not be able to cater to me in case of an upgrade. Wrong again. I quite enjoyed my vegetarian lasagne from economy class, however it was slightly more tasty served on fine china with silver cutlery.

It was because the plane was full. Airlines don’t throw around upgrades to anyone and everyone who will take them. Upgrades, especially free ones, are a rare occurrence. I have now flown business class a few times and despite the plane being at high occupancy, there have always been oodles of available seats in business class. Put simply, airlines won’t upgrade unless they have to. On my lucky day the economy class was full and I had received the email in my inbox some days earlier as a chance to upgrade and for the airline to make a little extra cash. I’m glad I didn’t cave to creature comforts. Almost anything is better when its free.

It wasn’t because I was dressed nicely. Although I wasn’t looking too shabby, I hope. When I checked in for the flight it was clear to me that I had already been flagged for an upgrade. The Polish man behind the counter entered my passport details into the computer and his facial expression said it all. He then uttered some words to his colleague in Polish and looked back at me with a grin. He handed over the boarding pass and charmingly stated “I hope you enjoy the upgrade to business class”.

It was because I was travelling solo. This is perhaps your greatest chance for scoring an upgrade. That being said, it took me just shy of 100 flights last year to score a free last minute upgrade. However you are most likely to be upgraded last minute if the airline has overbooked the flight and needs to bump one or two people up a class.

It was because I was a member of Emirates Skywards. Finally, the icing on the cake. I only received the special invite to upgrade last minute at a discounted fee because I was a member of the Emirates Skywards (frequent flier) program. Why I was upgraded instead of another traveller was purely due to brand loyalty – something Emirates obviously values which you can see even in the separate check-in line for holders of Gold or Premium cards, despite their travel class. If you want to score a free upgrade, sign up to the airline FF programs and aim to stay loyal to one or two airlines when you travel. Once you start accumulating points you will move up through the tier system and even be able to purchase upgrades with your points. Last minute upgrades at check-in or once on board are also heavily subsidised, so be sure to ask if you’re feeling spontaneous.

Have you ever been upgraded? Was it better because it was free? Would you pay for a business class upgrade at a discount or use the money to book future travels?