I recently took a 3 day trip over to Marrakech, to follow this up it seemed appropriate to tell you all what to expect before you visit. I hadn’t visited Marrakech before this trip so I didn’t really know what to expect and look out for but sometimes it’s quite nice arriving without expectations beyond a few basic tips. Marrakech and Morocco in general is becoming an even more popular destination this year so it seemed appropriate to share tips from one traveller to another. Here are our top 11 tips when visiting Marrakech!

Marrakech in the summer reaches desert-like temperatures, the heat is increased by the pink walled buildings and narrow alleyways. Definitely be prepared for this, keep hydrated, stay cool with thin loose clothing and in summer time (May-August) try to get all your exploring down in the morning or late afternoon! 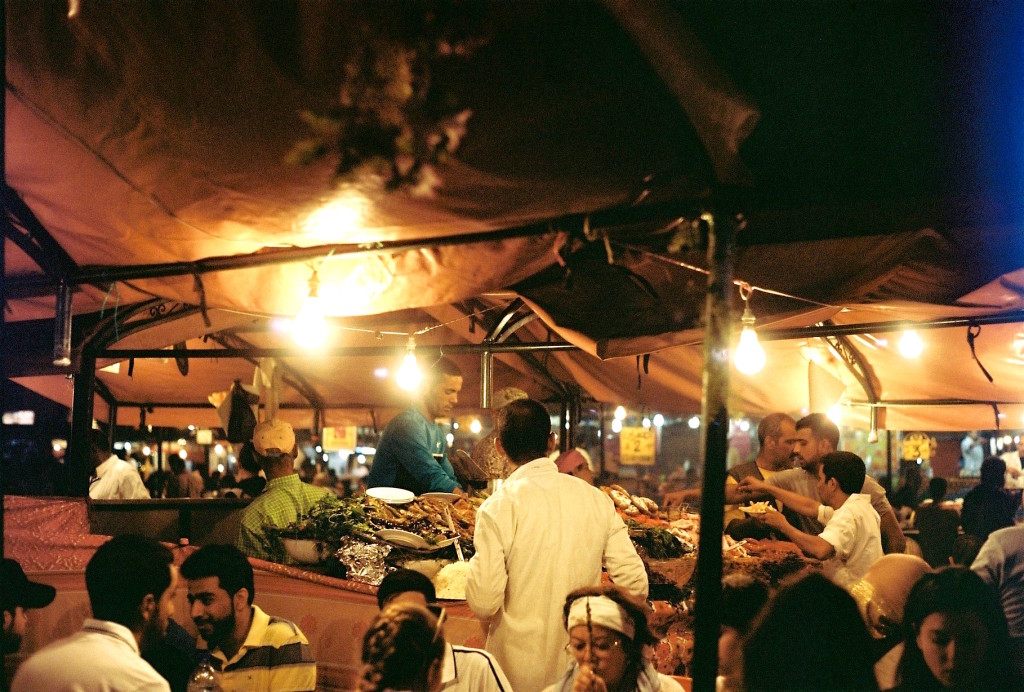 2. You will be hassled

The best way to explain this is to say that you will essentially be walking dollar bills to many of the shop owners in the souks, all of them are keen to get you to purchase goods from their stores. Whether that be Moroccan shoes, carpets, spices, tea or foreign animals they’ll be keen to flog it all to you. After the first trip to the souks you’ll have got the hang of the polite ignore but sometimes it’s quite fun just to go along with it and learn about the products they’re selling, be careful though we spent a little time trying on Moroccan slippers and when we decided they didn’t look nearly as good on the shop owner got a little bit aggressive. Walk through the souks open to a little exploration, expect to be hassled but be firm with declining if you’re not interested. Don’t be put off by the locals from this however, the majority are incredibly friendly and willing to help wherever they can!

You may experience a man sidling up next to you as you leave your hotel and after you’ve dismissed his salesman advances of offering to show you a new market or good quality stall, he’ll do a little chuckle and say “don’t worry I work for the hotel!” We had a man claim he delivered the flowers to our hotel, me being incredibly gullible willingly followed him along whilst my boyfriend was a little more dubious, as the walk to this special market continued the validity of his claim to work for the hotel began to wane until we decided that it definitely wasn’t true and made a speedy getaway. Apparently this is quite a common tactic to get tourists to stalls so be careful and politely decline unless you really want to see what they’re offering! 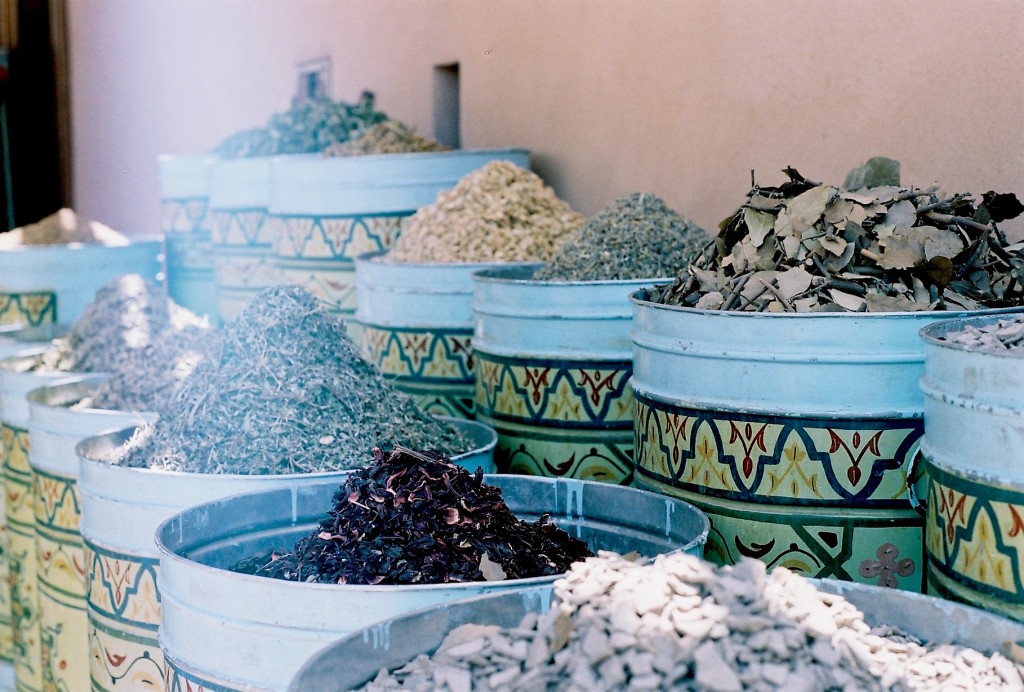 As aforementioned you will essentially be walking money so prices will most definitely be put up when you ask. Say no and go in with a very low price that you’re prepared to budge up a little if they say no and have a maximum that you will walk away from if they don’t agree to it. The walking away tactic works very well because often as soon as they see that you’re leaving they’ll often agree to your offer. The likelihood is that they’re getting a very large profit on the item or items anyway so don’t worry if you think you’re being rude, it’s all part of the experience and more than expected by the salesmen! 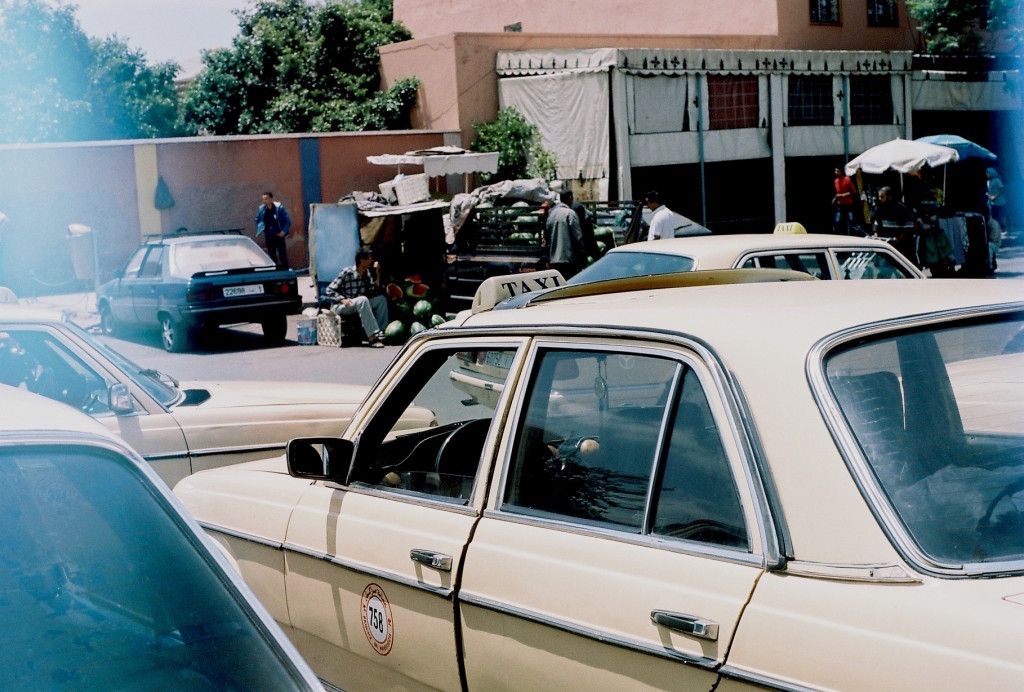 One tip that was invaluable to our stay here was to agree with your cab driver the amount you’ll be paying before the journey begins. Also if you’re staying in a hotel make sure you ask the amount they advise a cab journey to be and then pitch it to the cab driver when you get in, usually they happily agree to it after sometimes trying to haggle a little. Try not to get into taxis that are lined up outside tourist sights such as the Majorelle Gardens, 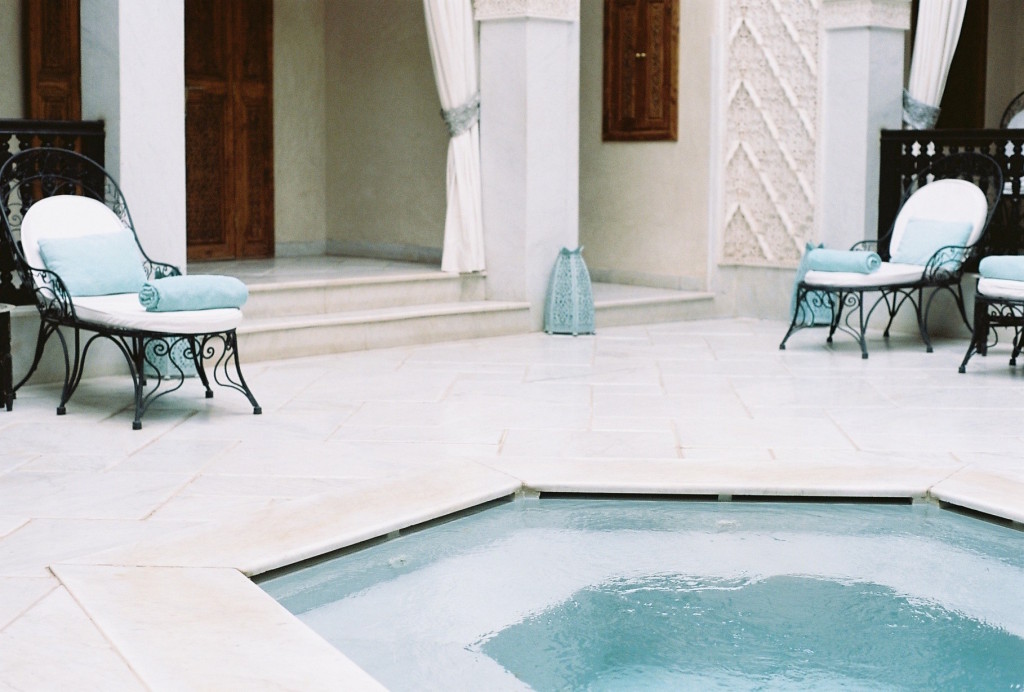 There’s hundreds of riads throughout the Medina and they’re the best place to stay to have a true Marrakech experience, they range from basic to the luxurious. You can find many on Airbnb or luxury hotels such as La Sultana or El Fenn are hotel composed from a number of converted riads, maintaining an authentic feel whilst also providing a comfortable and luxurious stay. Whilst there are a number of more swanky hotels in the new city, if you want to be in the heart of the city with your own little sanctuary away from the craziness then a riad is definitely your best bet!

Whilst Marrakech isn’t as conservative as visiting many Arabian countries, it is still a predominantly Muslim country and you should respect that culture. So whilst it’s very hot try to veer away from skimpy outfits, ladies that means no mini skirts and men try not to wear tank tops. Marrakech is full of tourists so locals are more  accustomed to the odd scantily clad visitor but if you don’t want to draw unwanted attention to yourself then dress appropriately. It’s just as easy to keep cool by dressing in floaty clothing that covers more than walking around in beach wear, it’s always important to respect and research the culture you’re visiting, you’re going to be in the minority so be aware and respect that! The streets are also often uneven or cobbled so bring sensible and comfortable shoes for all the walking you’ll be doing. 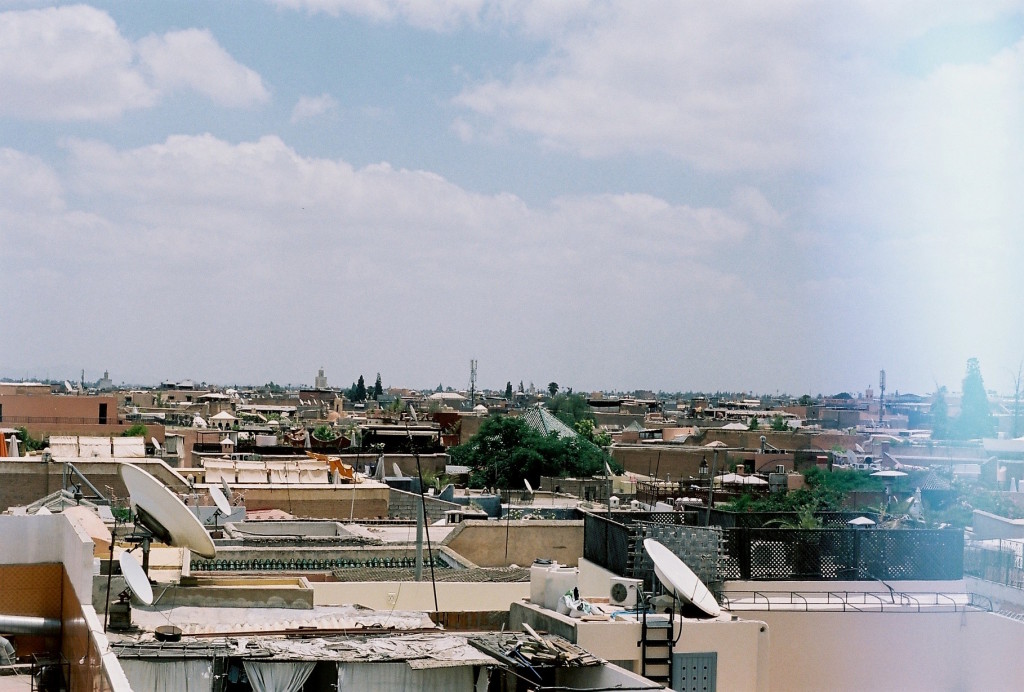 It’s always helpful to have a little knowledge of some key words when visiting a country, Marrakech has two predominant languages, Arabic and French, but many also speak a little English too. So here are 3 Arabic words that will be useful for your trip. If you know a little French using that goes a long way too!

Thank you = “Choukran” and “La Choukran” = “No Thank you”, pronounced “shokran”.

“Hello” = “Salam Alikome”, this also means ‘peace be with you’ and is used as a greeting. 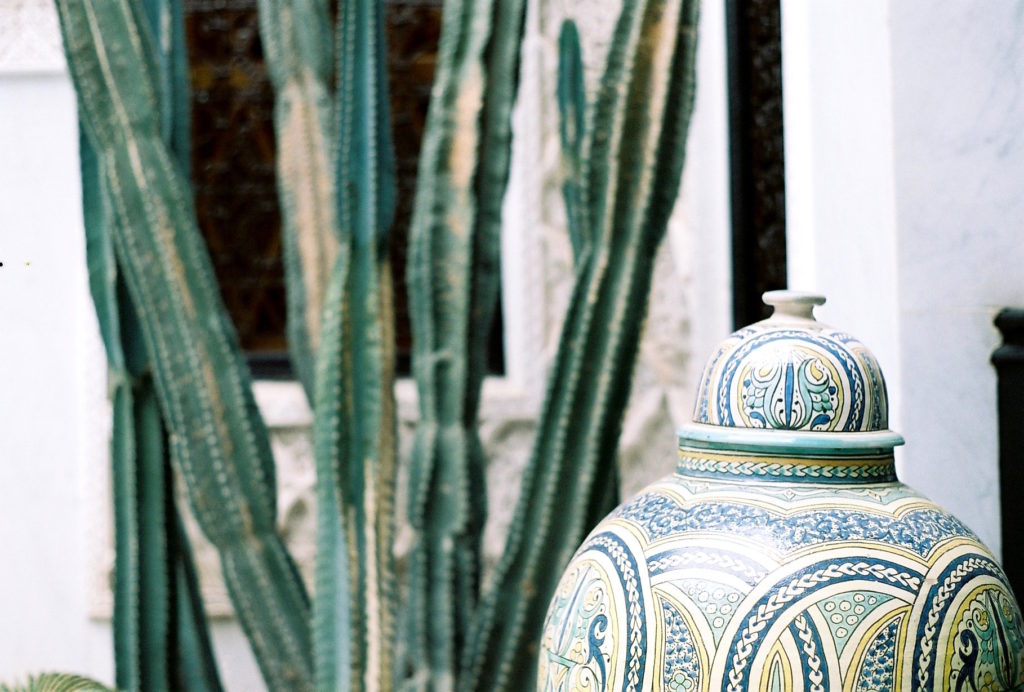 It’s best to convert enough money in the airport and bring some extra of your currency (GBP, USD, AUD etc) to change at bureaus in the city centre. This is because we found it quite challenging to find cash points that actually worked without walking in the complete opposite direction. There’s a number of Exchange Bureaus when you arrive at Marrakech Menara airport or convert some before you head over there. Don’t carry all your money around with you for obvious safety reasons but you’ll get quite a lot for your money with the Moroccan Dirham’s and if you’re eating out at simple restuarants in the city the food is relatively cheap so don’t carry around more than you need! 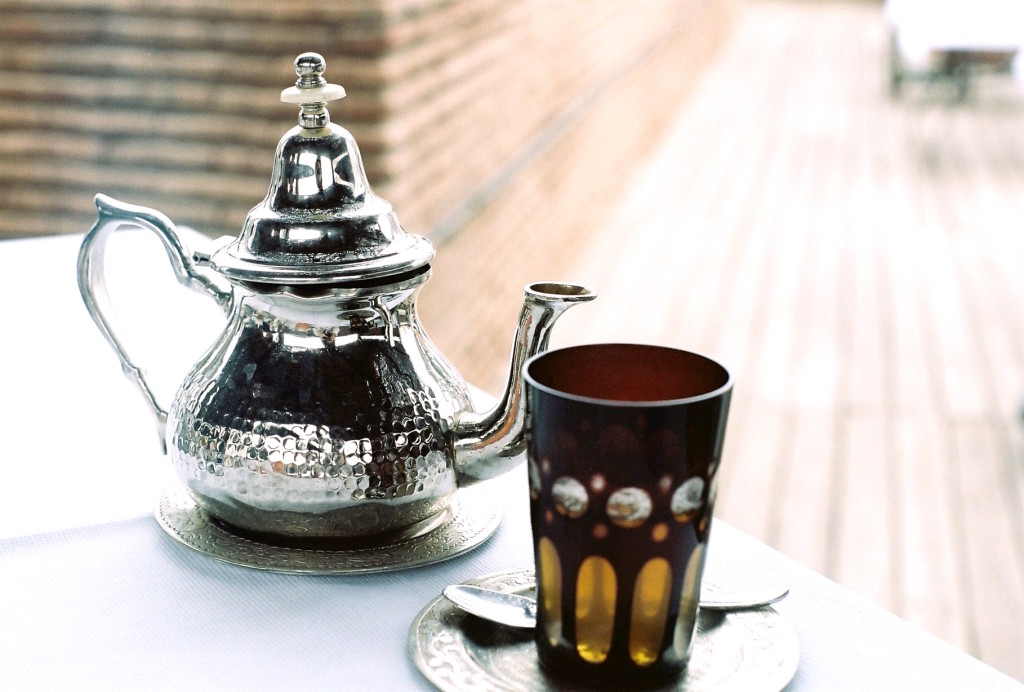 It’s best to drink bottled water whilst you’re here to avoid any unwanted contamination. The food as long as it’s hot and freshly cooked is usually fine to eat anywhere. Definitely try and eat local cuisine as it’s always going to be better and is likely to be the most fresh items on the menu. Try the food at the night market and also at the cafes overlooking the main square, they’re all delicious and much cheaper than eating at the more upmarket restaurants that are predominantly located in the new town or at the luxury hotels. You must also try the mint tea here, it’s exquisite and deliciously sugary!