Before visiting Japan for the first time I will admit, I had a very tunnelled vision of what this experience would be about. I had pictured sushi trains and peace signs, along with epic mountain ranges and busy cities. While much of this is true, Japan is so (so, so, so) much more than that. Sure, you can flick the television over to kitsch Japanese game shows and sure, you can eat sushi at almost every turn (though sushi ‘trains’ aren’t really a thing in Japan)… but the real Japan experience lies in the deeply engrained culture, history, and traditions. 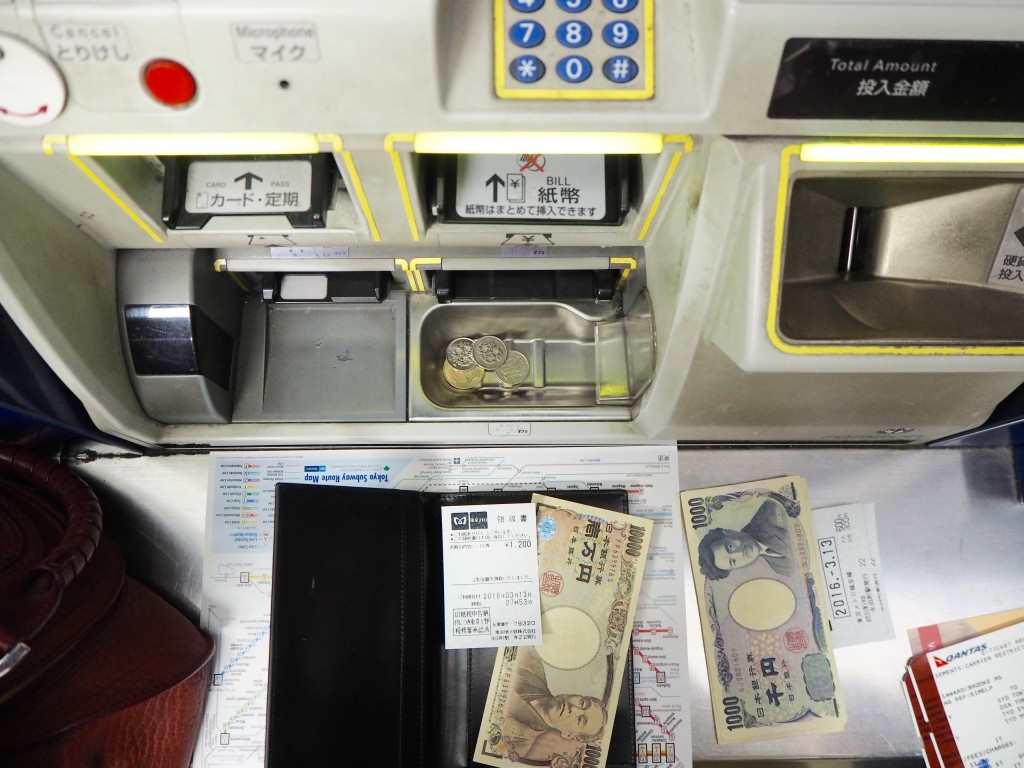 Visiting Japan for the First Time

Japan is not that expensive

First and foremost let me begin by saying that Japan is nowhere near expensive as it once was, especially given the falling yen and the currently strong US dollar. Bigger cities like Tokyo are still expensive in terms of accommodation, but once there it is entirely possible to eat on the cheap, as well as making use of the many free activities on offer (starting with the public parks, Shibuya crossing and Meiji Shrine just to name a few).

Before coming to Japan I didn’t have a clue where to travel beyond Tokyo. After way too much self conducted online research, I decided to book a tour for my dad and I to enjoy the country as a whole, making it an easy way to see the highlights of Japan whilst getting an insightful explanation of the culture, history and traditions. Though if you would prefer to go it alone, the best way to see the country is certainly by train (after all, Japan has the famous bullet train which travels at speeds of up to 320 kilometres per hour!) It is also reasonably priced and makes travel tmie much less so you have more time to enjoy in each destination.

When riding the subway, be sure to stay aware at all times for signs that might be applicable to you (don’t worry, they will almost always be translated in to english for foreigners). “Ladies Only” carriages operate on some trains and some routes, but all you have to do is look out for a sign when boarding the train. To give some indication, we saw these carriages only twice over 11 days of travel.

After accumulating a mass of rubbish on my first day in Japan, I soon realised that rubbish bins simply aren’t a thing here. Being a prevalent snacker, I found myself always on the lookout for a rubbish bin and very seldom would I find one outside of restaurants and our hotel room. The reason was explained to me as a local custom, whereby Japanese find it rude to eat on the go and thus do not encourage doing so by having rubbish bins readily available in public. Thus be sure to take a handbag or backpack with you each day to ensure you have somewhere to put your trash (and don’t go hungry!) 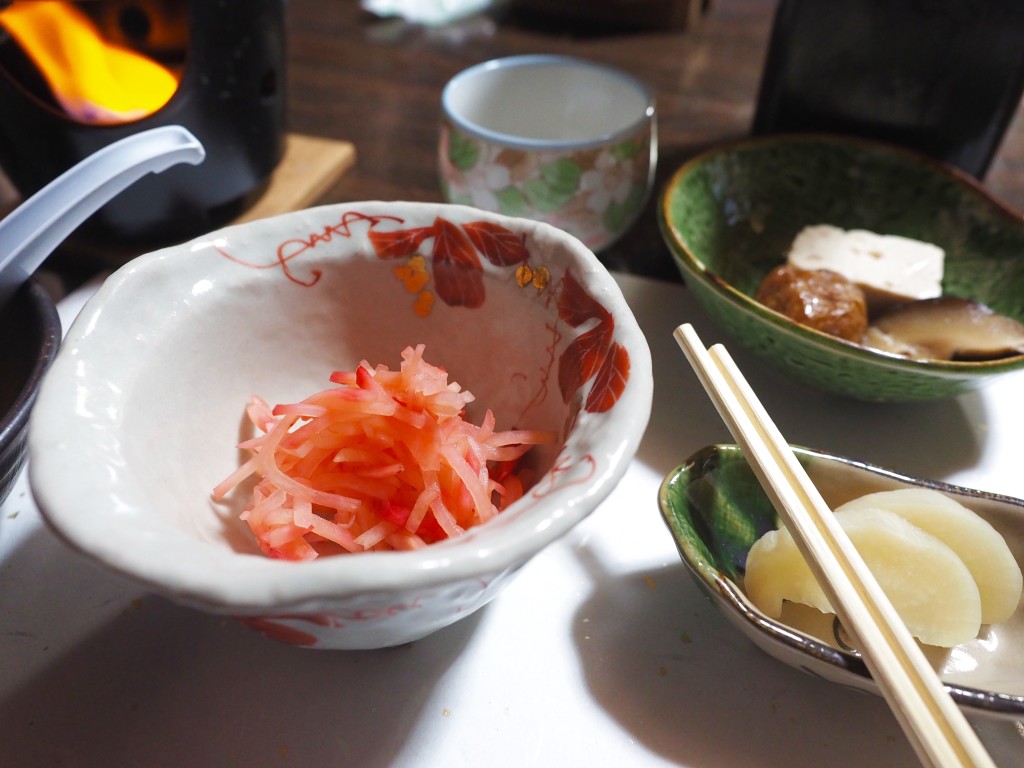 One of the best things I learned on this trip was how to correctly conduct myself when eating chopsticks. Although I already knew the “way” to use chopsticks after years of re-visiting Hong Kong, I had never been fully aware of how many different uses of chopsticks were considered taboo.

Here’s what NOT to do: Do not stick your chopsticks upwards in a bowl of rice, do not stab your food with the chopsticks, do not pass food between two sets of chopsticks and do not use two unmatched paris of chopsticks. These are all considered to be taboo.

Tipping is not required or expected

When in restaurants especially, be sure to refrain from tipping as this is not customary and will actually insult or confuse your waiter. Don’t be surprised if you find yourself being chased half way down the street by a waiter trying to return your loose change – that is just how uncommon it is for people to tip at restaurants!

Shoes on, Shoes off

After just a couple of days in Japan you should become quite used to taking off and putting back on your shoes. In houses, many religious sites and historical castles, taking your shoes off is required before you enter. However a few things should be noted. Make sure you wear shoes that require socks or at least have a pair of socks handy to use, as going barefoot will be found insulting. Also be sure to step directly from the point of entrance into the house or building without letting your socks touch the dirty floor, as you will be considered quite rude for entering with dirty socks.

One thing I will never forget about Japan is the Toto toilets. In hotel rooms and restaurants you can expect all sorts of gadgets as you jump on board your toilet for the trip of a lifetime (I kid, I kid… but really!) Warmed seats are common, as are automatic flushes… but there are a range of buttons to play with including water sounds, rinses and even scents. They really are a laugh!

When eating in local Japanese restaurants, you will soon notice a few things are different to home. For example it is not uncommon for food to arrive when it is ready to be served, instead of everyone’s food arriving at the same time. It is not rude to start before your dinner companions are served and it would actually be considered more rude to leave the dish on the table to become cold and spoiled. Also when the bill arrives, do not wait for the waiter to return to take your payment – as this is almost always done at the check-out as you leave the restaurant. Thus you must take your bill with you as you pay on the way out. And again – do not tip! 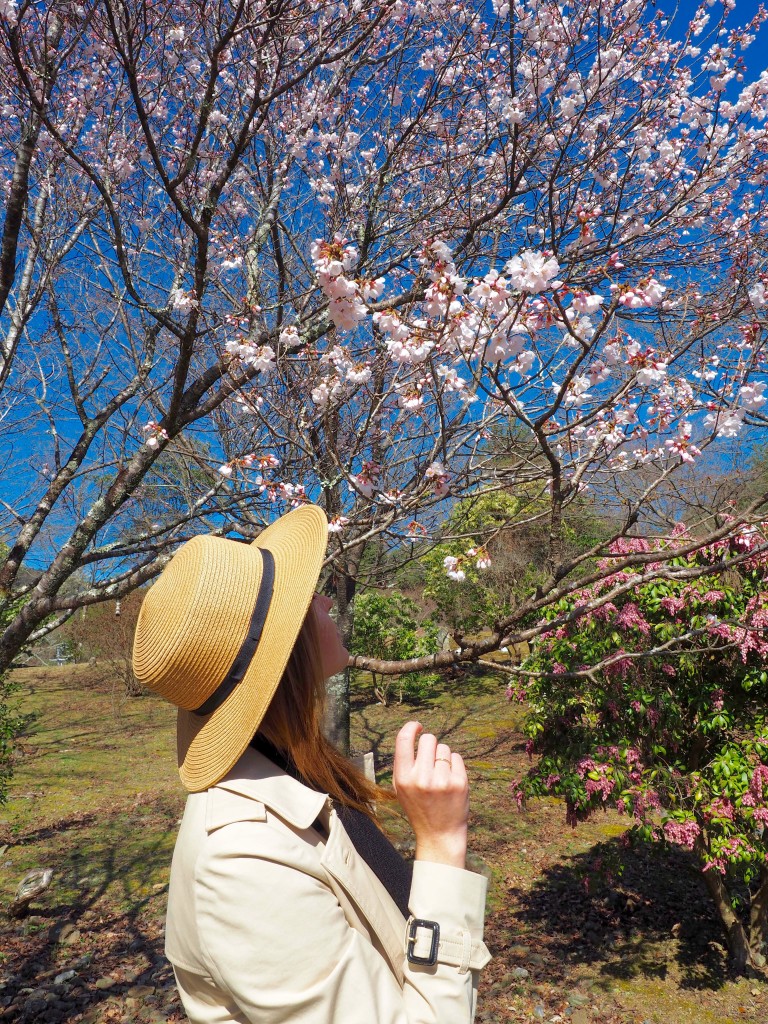 Before coming to Japan for the first time I had had my heart set on visiting during the Spring for cherry blossom season, though I soon learned this is (understandably) Japan’s busiest season and thus most expensive. With that in mind I decided to visit ahead of cherry blossom season in mid-March, which meant that we saw a few blooms (especially in the South in Kyoto), but not many. If you expect to see the blossoms on your visit to Japan, it is worth mentioning that the season lasts only two weeks – typically around late March – mid April, though the season is slightly different depending on the location within Japan.

Before you arrive in Japan it is important to know that not all stores accept credit cards like in Western countries and not all Japanese ATMs will accept foreign cards to withdraw cash. Thus it is best to arrive with a little cash to get by or remember to make a withdrawal when you land at the airport. To ensure you never go hungry or cannot pay for your bill, it is recommended to always carry a little cash with you.

One thing I found very interesting in Japan is that no matter where you are – in small towns or big cities, very few people speak English or are too shy to practice their responses with you. Usually they will understand you if you use simple phrases like “Shijo station” and point in the direction you intend to go, but more often than not the response will be no more than a head nod or shake, point in the right direction or a simple “yes”. This is not the Japanese being unhelpful or unwilling to help you, in fact they will always go out of their way to assist you if they can!

Ahhhh, the subway. The inevitable mode of transport that you might love or hate, but either way, it is an unbeatable way of getting around a city. One thing to note about Japan is that different cities stand on different sides (i.e. in Tokyo you stick to the left but in Osaka you stick to the right). The best idea is to see what the locals do and go along with that. Another important difference in Japan is that it is considered rude to talk on your phone on the subway. Texting is fine, but answering a call is impolite unless the call lasts for less than 5 seconds. Similarly, talking loud is considered rude on the subway.

And perhaps my favourite thing to share with others before they visit Japan is to try Green Tea (Matcha) everything! From green tea ice cream to parfaits, lattes, frappes, sweets, cold drinks… everything. Embrace it and try it all.

Happy travels in Japan! We hope you enjoyed our guide for everything you need to know before you visit Japan for the first time.