Moscow is a beautiful city which is bound to thrill. With its fascinating history, iconic sights and enviable shopping scene, you’ll never run out of things to do. For those seeking an exciting break in a city that never sleeps, look no further than Moscow. This extensive guide features the best places to eat, play and stay in Moscow! 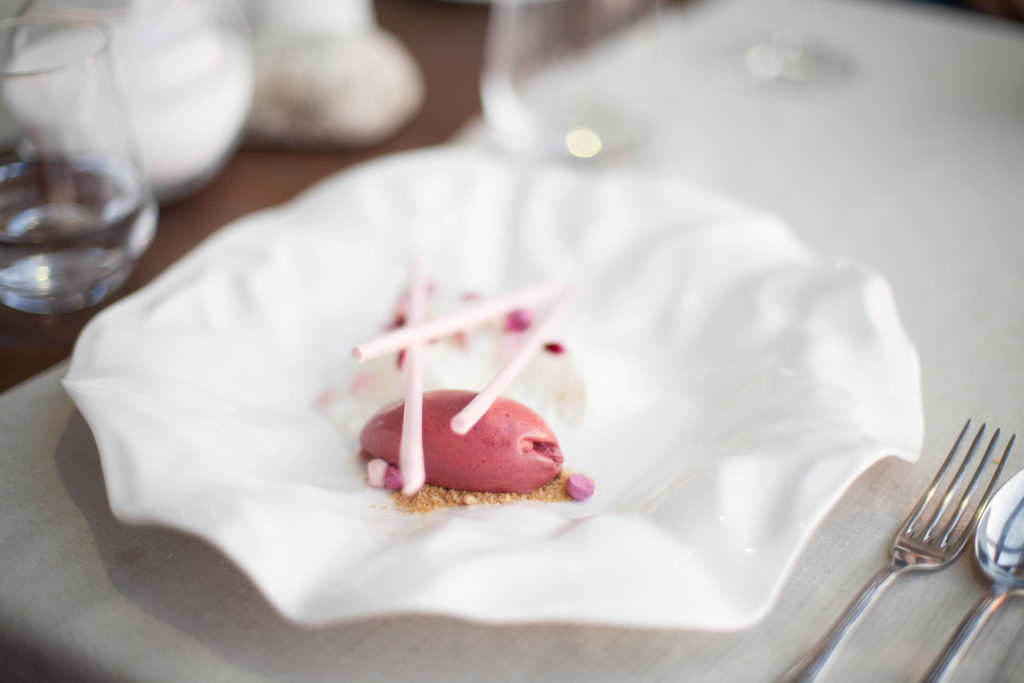 Where to Eat: The White Rabbit

The White Rabbit features as number 18 on the list of The World’s 50 Best Restaurants. The dishes served inside are exquisite, the cocktail list is imaginative and the views over the Moscow skyline are hard to beat. Inspired by Alice in Wonderland, with playing cards on the tables, a human-sized pepper grinder used to garnish your food and rabbits decorating the interior. Just like the rabbit hole, once you descend into the magical world of the White Rabbit you won’t ever want to return to normality. 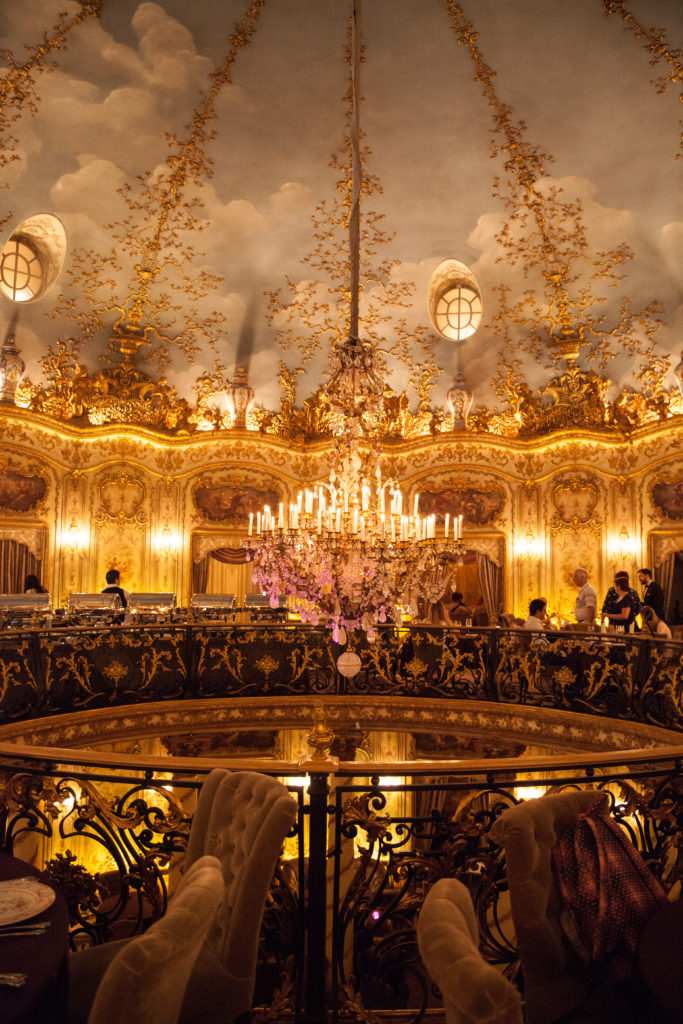 This is Moscow at its most extravagant. Spread over 14 rooms, it includes homages to Louis XVI, the Ming Dynasty and imperial Russia, the interior of this ornate restaurant would look more fitting as an extension of the Louvre. Inside the Chinese and Japanese menu of Dim Sum and sashimi surprise and please diners. 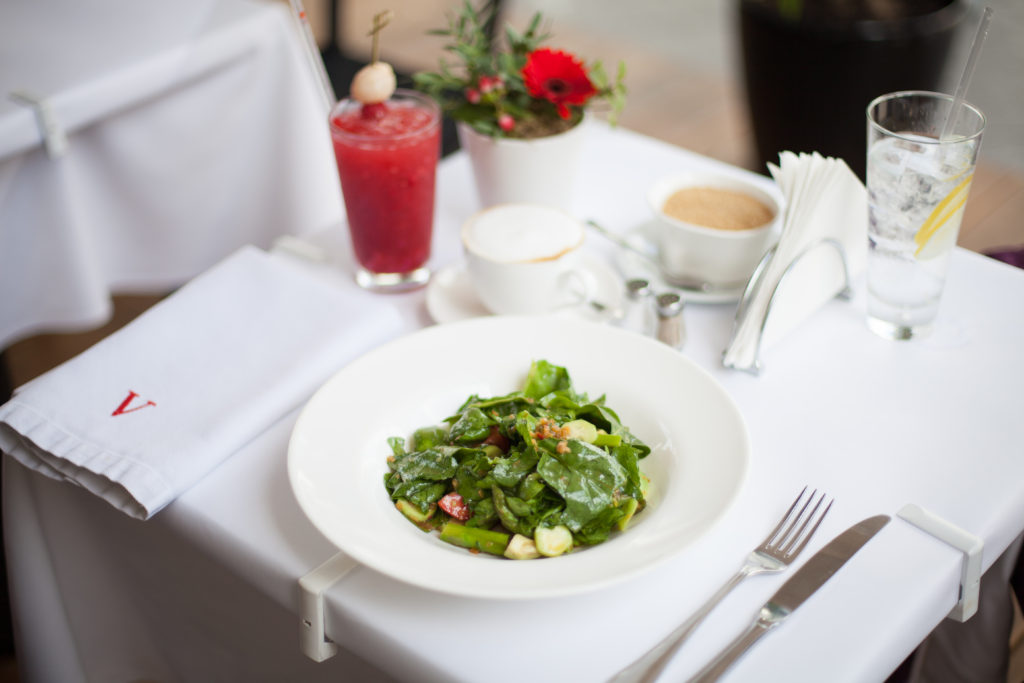 Vogue café is perfectly situated in the heart of Moscow’s shopping area attracting a string of fashionable Muscovites who come to lunch and socialize in between shopping. The menu is expansive serving everything from light salads to delicious cakes. 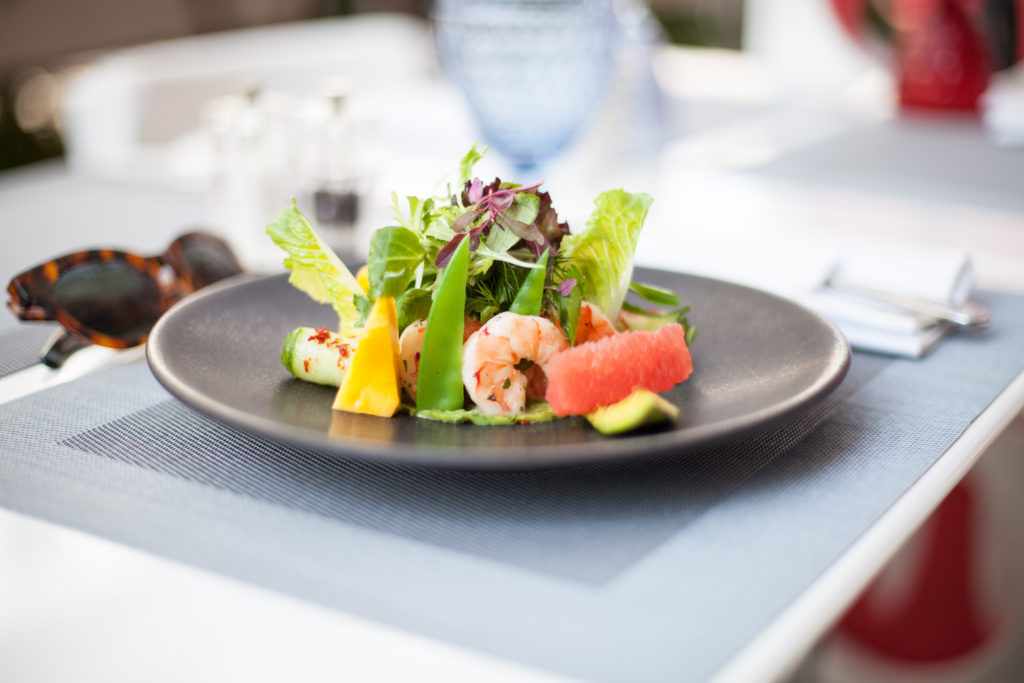 Bridge Brasserie is one of the trendiest places to grab a coffee in Moscow. Whether you choose to sip your coffee on the sunny terrace or in the elaborate interior you won’t be disappointed. In the daytime it functions as a café but come the evening the basement turns into a chic bar and nightclub, attracting Moscow’s most fashionable crowd. 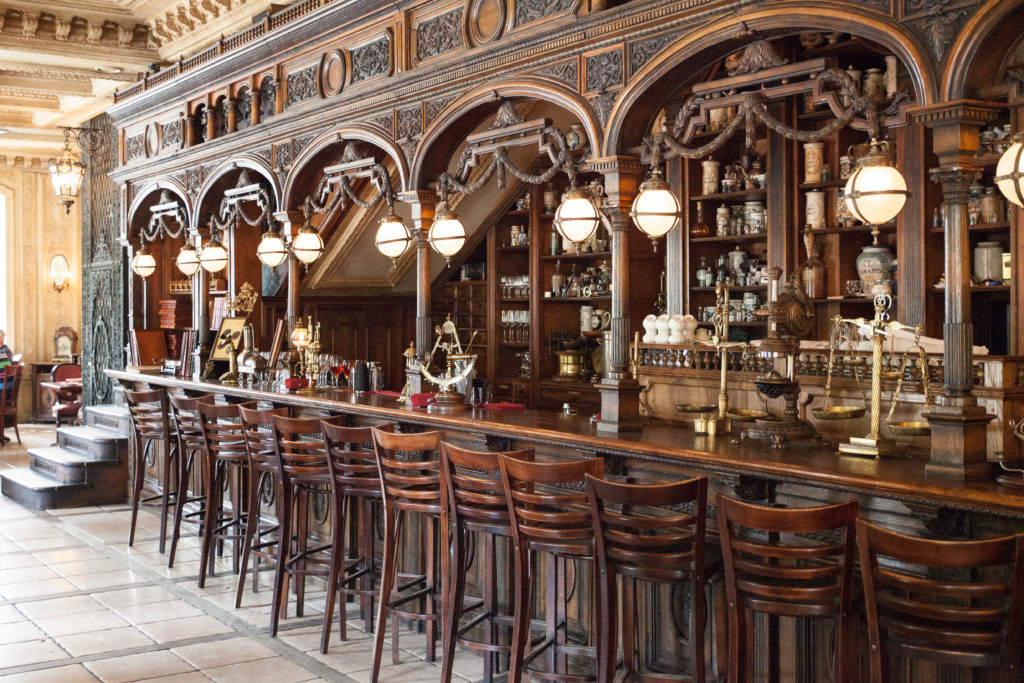 Cafe Pushkin is a favourite among locals who return time after time for the menu of Russian classics served by suited waiters. Named after the famous Russian poet Alexander Pushkin, this book-lined café has become somewhat of an institute in Moscow. 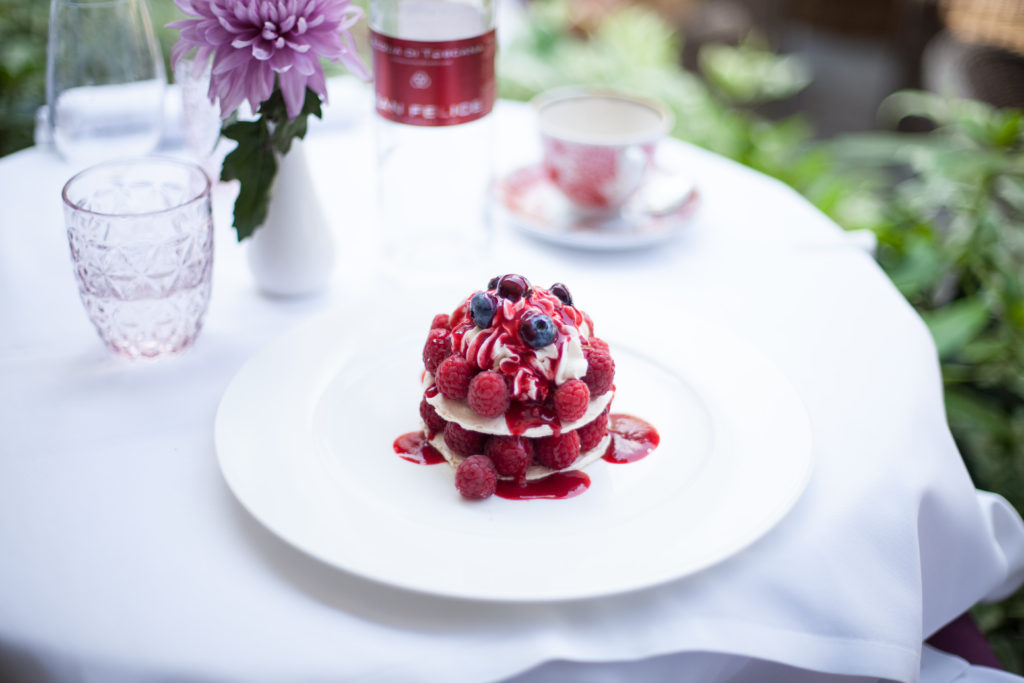 A couple of minutes away from the prestigious Bolshoi theatre you’ll find this wonderful restaurant. Everything on the menu is delicious, but the desserts in particular are things of beauty. If you need a pitstop among sightseeing in the area, this restaurant comes highly recommended. 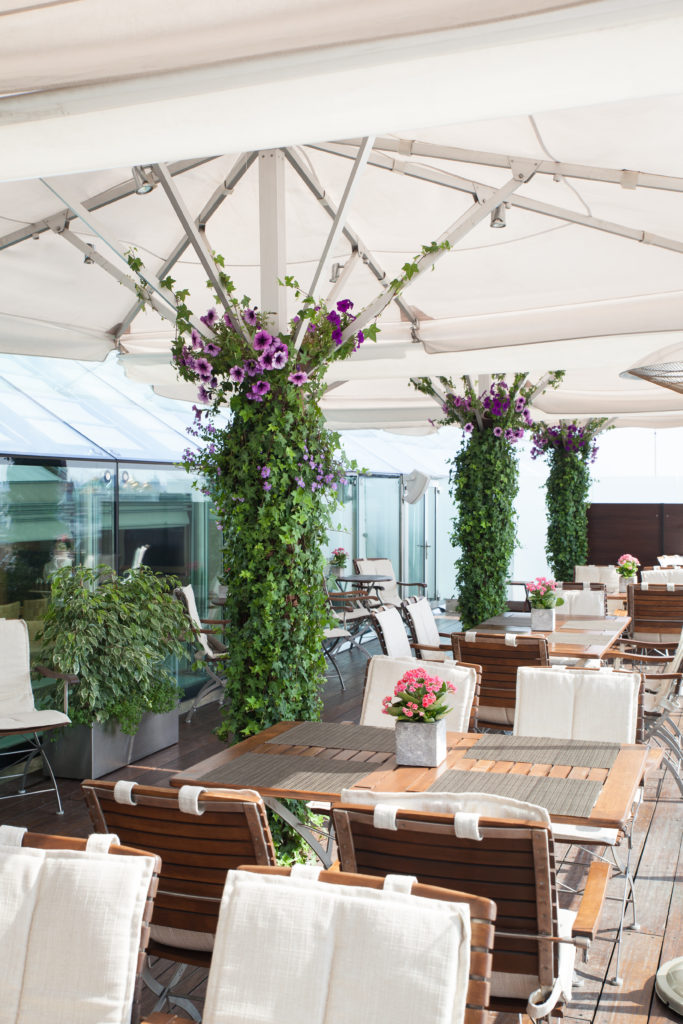 If rooftop bars are your thing, then this one should be at the top of your Moscow list. The chic outdoor terrace has terrific views over the Bolshoi and Red Square and has become the trendiest spot in town for fashionable Muscovites who come early to ensure a seat and stay well into the night. 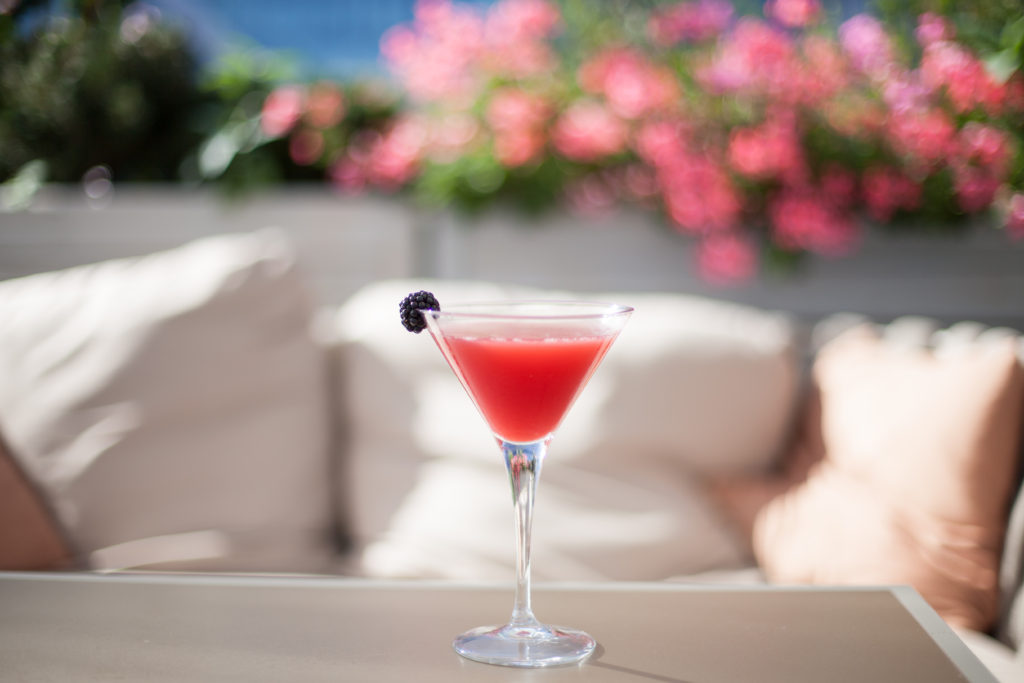 This is the place to come for the most quintessential Russian experience with a menu of over 400 different types of vodka and unbeatable views over the Kremlin. The rooftop terrace at the Ritz is spans the whole of the top floor and features a vast outdoor area, a glass-domed interior and Moet & Chandon sun loungers. 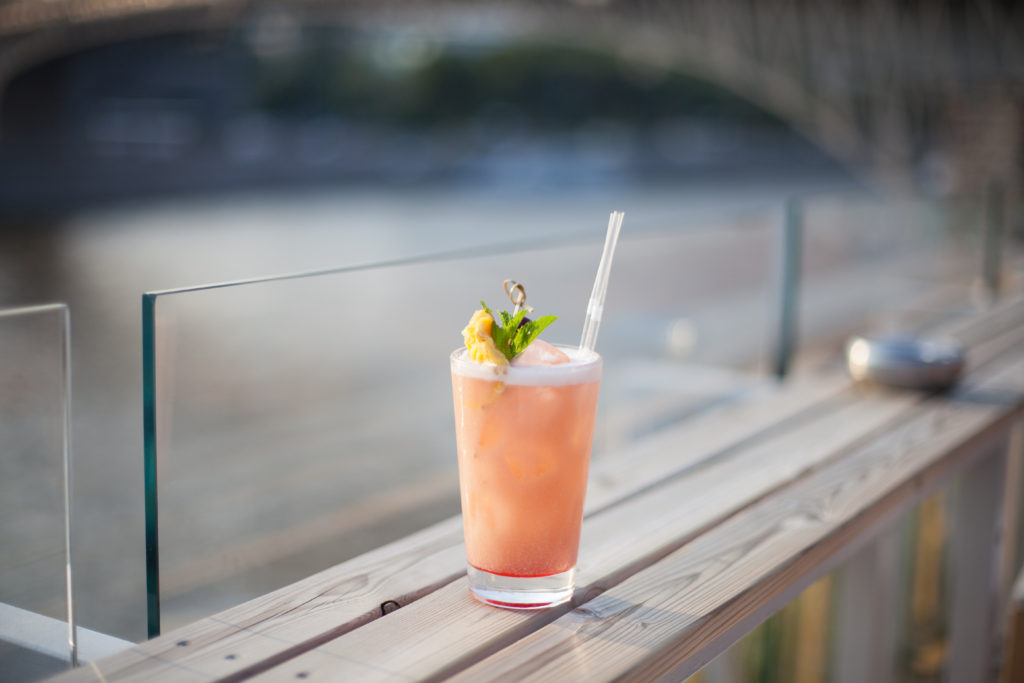 Strelka is Moscow’s hippest bar with a terrace overlooking the Moscvo river, an incredible drinks menu with lots of trendy concoctions and live DJs at the nightclub below. This is where the young and trendy locals come to party. 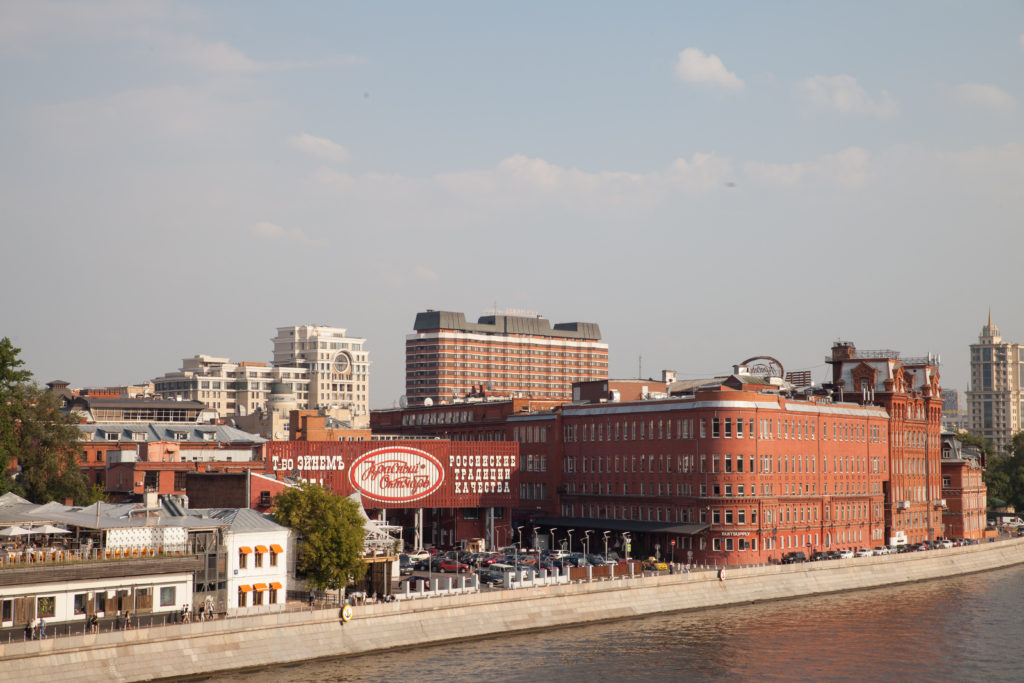 This was once a chocolate factory creating Red October chocolates for chocolate lovers in Moscow, now it’s an art space with multiple bars, clubs, coffee shops and exhibition spaces all within the grounds of the former chocolate factory. Extremely popular with young hipsters, this place comes to life on evenings and weekends. 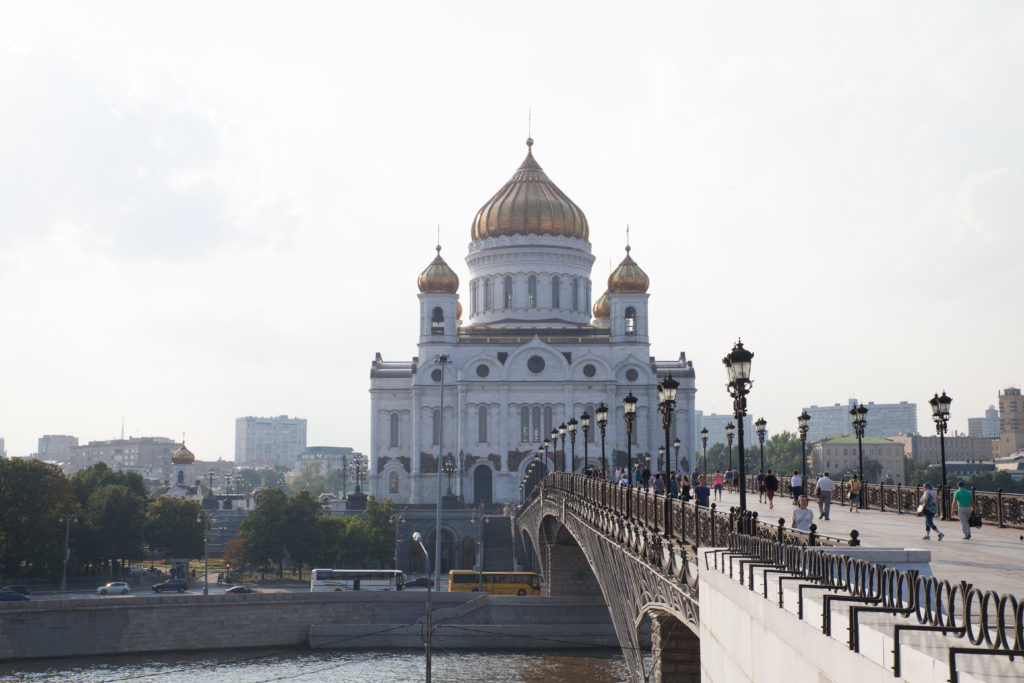 The Moskva River runs all the way through central Moscow and is a beautiful place to stroll in the city. Walking along the river banks you’ll pass the Kremlin, the Cathedral of Christ the Saviour as well as a couple of beautiful bridges. The views from the river are sure to delight especially under the amber sunset glow. 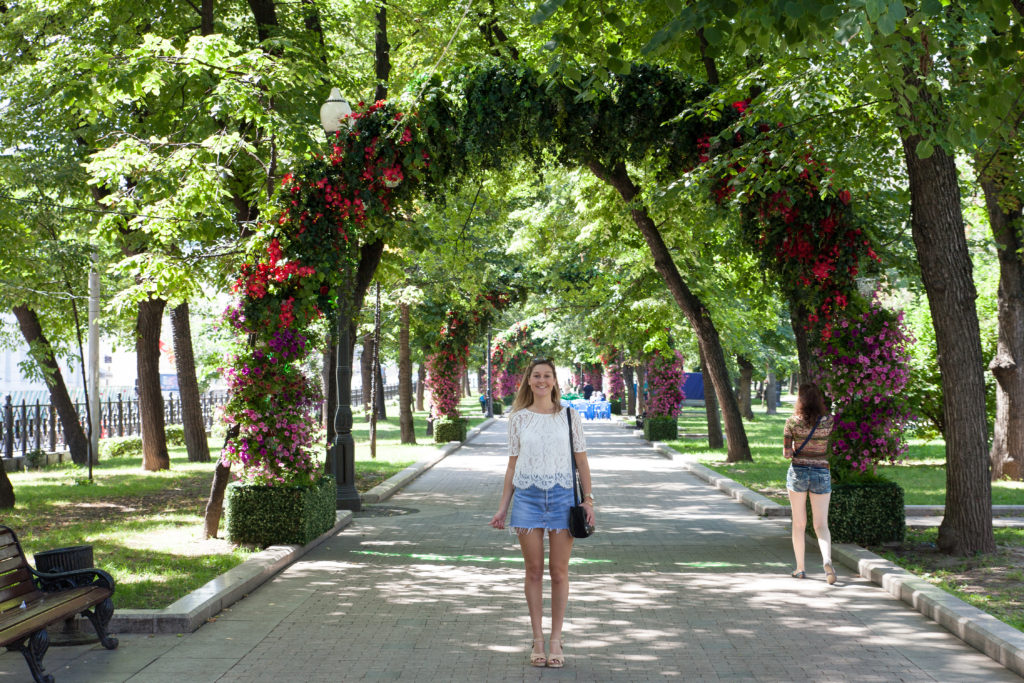 Contrary to what people might think, Moscow is a very green city with tree-lined avenues and big parks. Many of the gardens are centrally located such as Alexandrovsky Park and Gorky Park. Others are further out but still worth the trek, especially the Arkhangelskoe State Museum-Estate, which houses formal gardens and a grand estate. 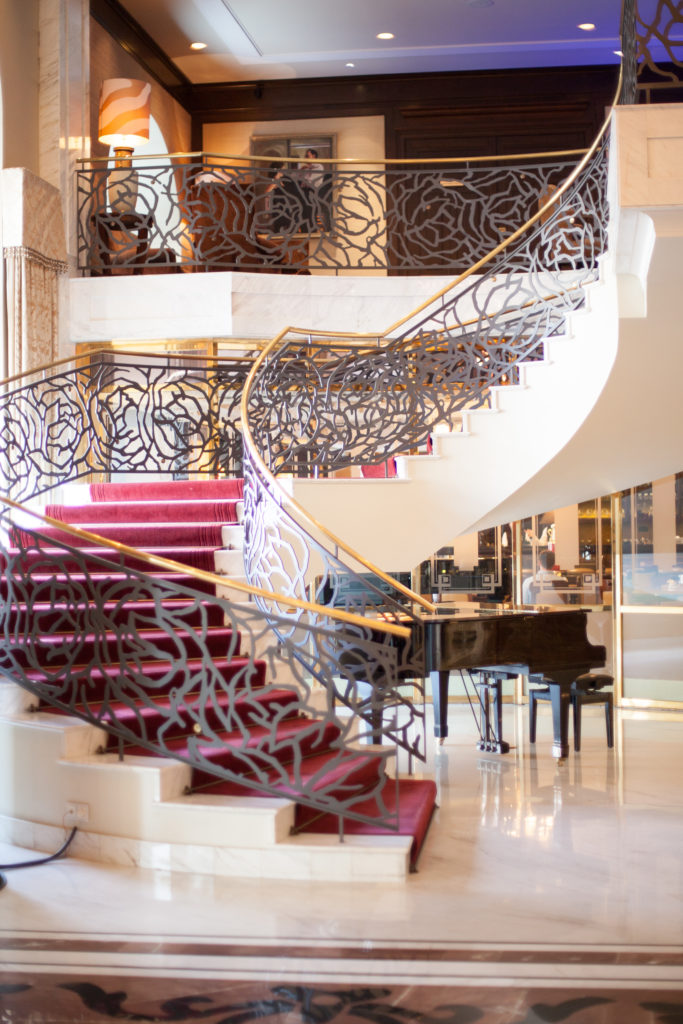 Where to Stay: Hotel Baltschug Kempinski

Many of the rooms at the Baltschug Kempinski have breathtaking views over St Basil’s cathedral and Red Square, which are only a stone’s throw away from the hotel. Baltschug Kempinski is an elegant hotel with beautiful interiors and flawless service. The best thing about it? You can enjoy a romantic dinner on the summer terrace whilst the sun sets over St Basil’s cathedral in the not so far distance. 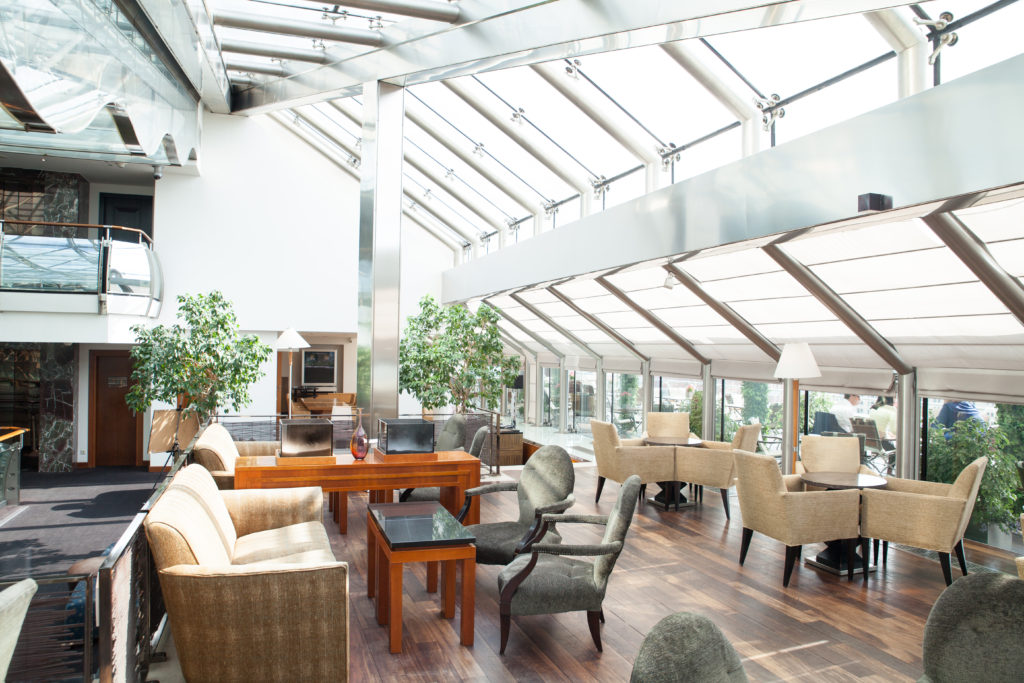 The Ararat Park Hyatt is a slick and modern hotel in the center of Moscow. It is a mere few minutes from the Bolshoi and the most prestigious shopping areas GUM & TSUM. Inspired by the Armenian restaurant that once stood in its place, it features an Armenian fine dining, as well as a Japanese restaurant. The rooftop terrace is famous throughout the city for its killer views and cocktail menu.