Berlin is a city that is heavy with history and rich in beautiful architecture, making it one of the most intriguing cities to visit in Western Europe. At the core of many of the most significant events in the 20th Century — from WWI, the infamous period of Nazi rule leading up to WWII, to the Cold War — Berlin has been at the epicentre of it all. If you only have a few days to explore the city, don’t worry. WOW has put together a definitive list of the best attractions in Berlin to help you best plan your visit. 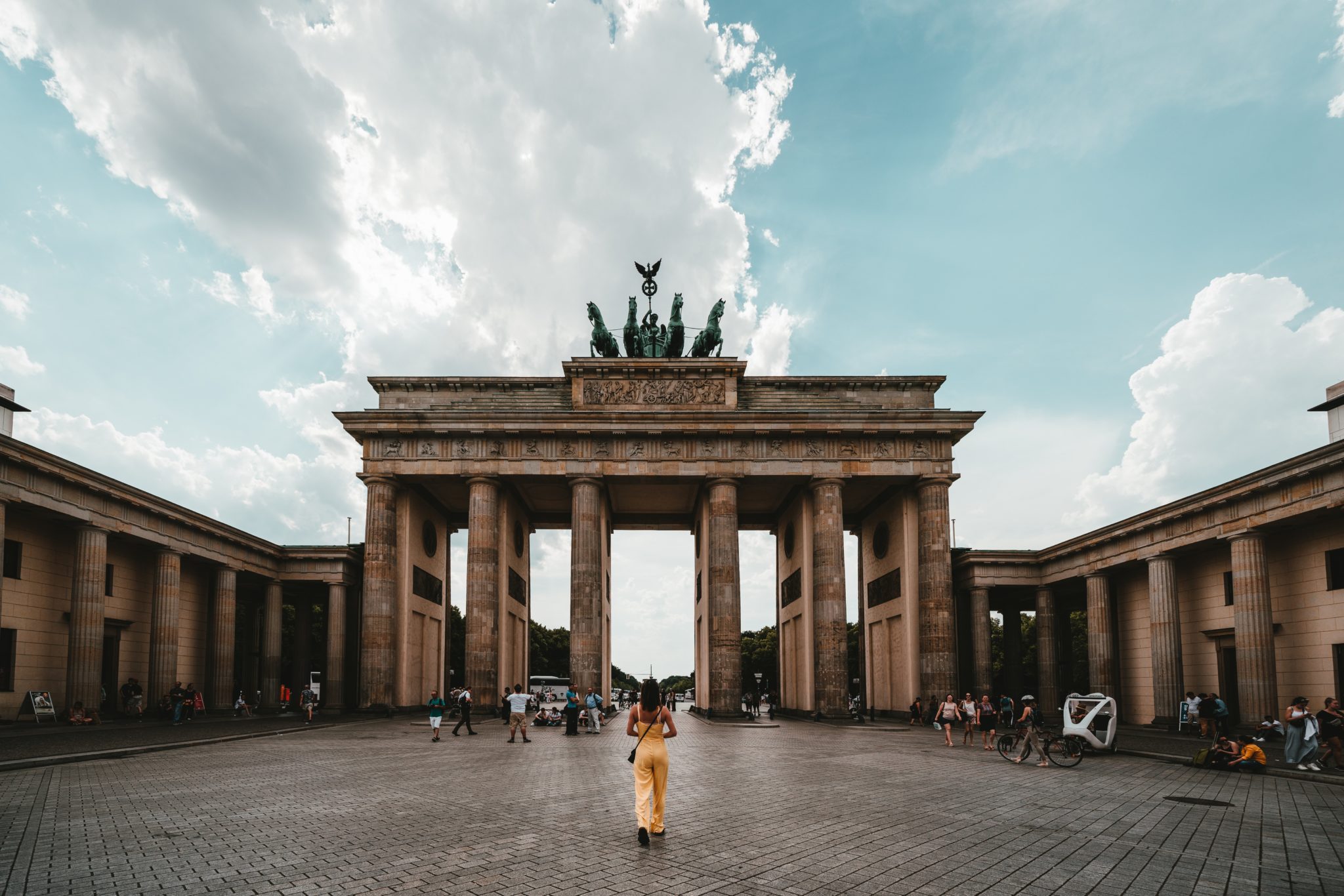 One of the finest examples of German classicism, the Brandenburg Gate is one of the most striking symbols of Berlin. Built in the 1700s, the Brandenburg Gate was used as one of the Berlin Wall crossings, a site of protest during the period of division and also a site of celebration when the wall fell. Today, one of the biggest NYE parties in Europe is held here, with over one million people gathering to bring in the New Year at one of Berlin’s most iconic sites.

The colourful East Side Gallery is the largest open-air gallery in the world and features a series of striking artworks on a stretch of the former Berlin Wall. Stretching for over 1.3 kilometres, the East Side Gallery is the longest single segment of the Berlin Wall still remaining. Right after the wall fell in 1989, 118 artists from 21 different countries painted this section of the wall. The artworks make a political commentary on events during the time as well as spread messages of love and peace.

Undeniably the most famous landmark in Berlin, the Reichstag is the seat of the German parliament. It has had a turbulent history, beginning with the Reichstag fire of 1933, which served as a pretext for the persecution of political opponents in the period that followed. It experienced much damage during WWII and was not fully restored until after the fall of the Berlin Wall. Book an appointment online to register a visit to the top of the glass dome for extraordinary views over Berlin.

Yes, Berlin does in fact have its own island filled with museums! Situated on this small island on the river Spree sits five world-renowned museums: the Pergamonmuseum, the Bode-Museum, the Neus Museum, the Alte Nationalgalerie and the Altes Museum. They were nearly destroyed during the war but have been beautifully restored and the island is now a UNESCO World Heritage site.

The Berlin Cathedral is the most famous and largest church in the city and leaving without visiting this opulent structure would be regretful. With its striking, green dome, the Berlin Cathedral is one of the most popular and most beautiful attractions in the city. In the warmer weather, take a picnic and lounge on the grass in front of the cathedral. For a small entrance fee, you can also enter the cathedral and climb the 270 steps up to the top of the dome for beautiful views over Museum Island. 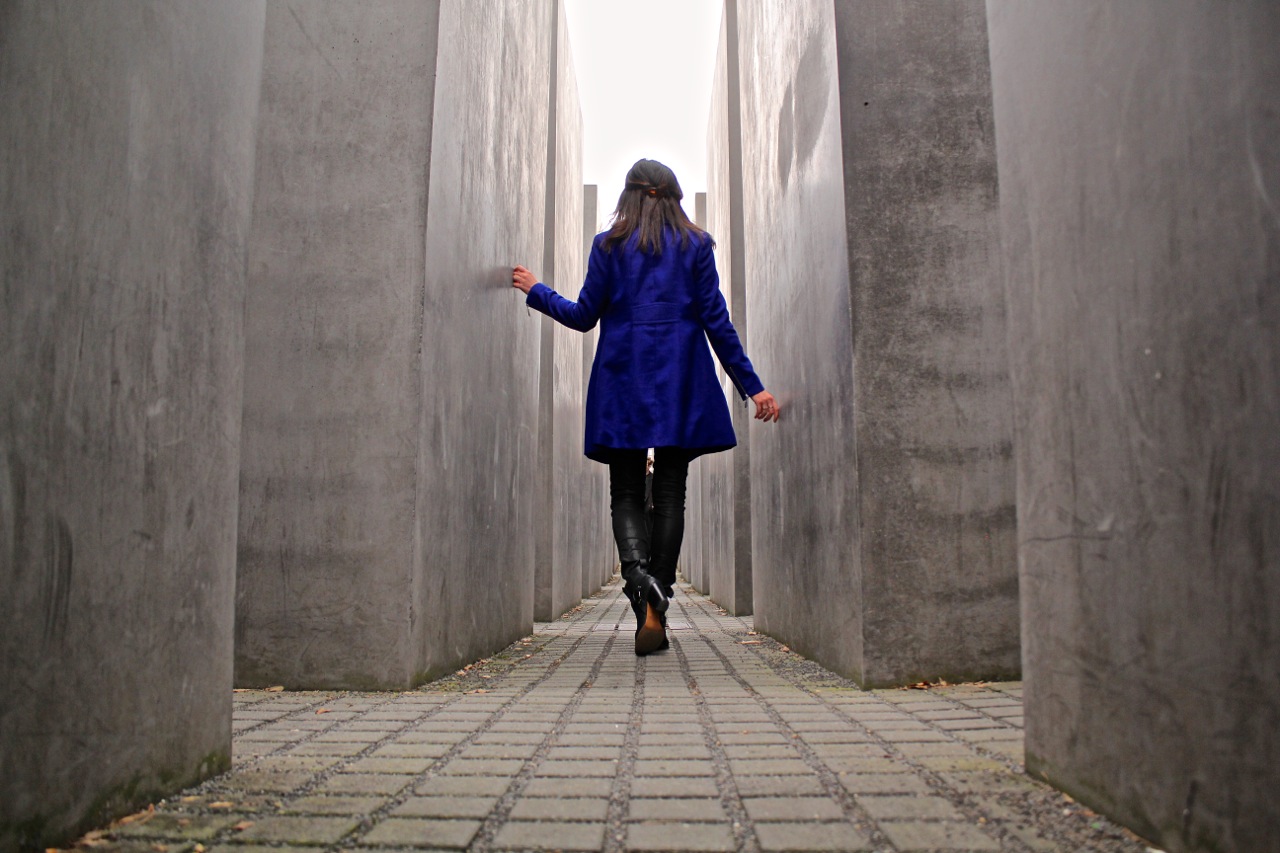 6. Memorial to the Murdered Jews of Europe

Very close to the Brandenburg Gate is the Memorial to the Murdered Jews of Europe. Spanning a total area of approximately 19,000 square metres, 2,711 concrete slabs are arranged in a wave-like pattern. The terrain is unevenly inclined and the pillars are of varying heights. The design is extraordinary and the memorial is a powerful tribute to the Jews that lost their lives as a result of the Holocaust. There is no set direction that visitors should walk through the memorial and as you get lost among the narrow alleys, an eerie claustrophobia sets in. There is also an information centre under the site where visitors can learn more about the victims of the Holocaust.

Known affectionately as the ‘Eiffel Tower of Berlin’, you’re hard-pressed to find a spot in the city that is out of view of the tower. The TV Tower is Berlin’s most iconic landmark and, with over 1.2 million visitors per year, it is also one of the city’s most popular attractions. For the best view of Berlin, take the elevator to the observation deck 203m up in the sky for an unparalleled vista.

A lot more informative than the East Side Gallery, it’s here that you’ll learn about the history of the Berlin Wall. The original fortifications that once split the city in two still stand along this 1.4-kilometre stretch as well as an original watchtower and the infamous ‘death strip’. Learn about the wall through interactive displays situated at various points along the site.

Translating to ‘Wall Park’ in English, this park has been forged out of a section of the Cold War-era death strip. If you’re in Berlin on a Sunday, this is the place to be. The flea market here is the most famous in all of Berlin. For some free, fun entertainment, grab a seat at the Bearpit Karaoke in the warmer weather, which locals and tourists alike love.

This former airport was one of the iconic European airports in the early 20th Century and is famous for its Nazi and Cold War history. This was the site from which the Allies famously delivered supplies to Berliners during the Berlin Airlift of 1948 – 1949. Today, Tempelhof is a much loved, green, communal area where Berliners flock to cycle, skate, and fly kites down the old runways.

The most famous border crossing point between East and West Berlin when the wall divided the city, Checkpoint Charlie is now a popular, attraction to tourists. The signage above the checkpoint reads ominously, ‘You are now leaving the American Sector’, which up until 1989, signified the border between capitalism and communism, freedom and confinement. This was the site of a few tense stand-offs during the days of the Cold War, most notoriously in 1961 when American and Soviet tanks faced off against one another.

The Jewish Museum is celebrated as being one of the most impressive contemporary architectural structures in Berlin. Architect Daniel Libeskind designed the building, which represents, from the exterior, a shattered Star of David. In addition to the exhibition rooms in the interior that track Jewish history in a coherent and detailed fashion, additional architectural elements give this museum even greater significance. The Garden of Exile, for example, reflects the isolation and disorientation those in exile feel and this feeling is replicated in a series of pillars set upon sloping ground, creating a feeling of unease and confusion.

This 18th Century baroque palace was built as a summer residence for Prussian rulers and is located in Berlin’s west in Charlottenburg. Be sure to visit the garden behind the palace, which is one of the most beautiful in all of Berlin.

Tiergarten is to Berliners what Central Park is to New Yorkers or Hyde Park is to Londoners; a revered sprawl of greenery in the middle of the city. Once the hunting grounds for the Kaiser, Tiergarten is one of the largest urban gardens in Germany. In the middle of the park stands the gleaming Victory Column, commemorating a Prussian victory. On the edge of Tiergarten is the Schloss Bellelvue, a beautiful, ornate palace and the official residence of the President of Germany.

Many Berliners believe that Gendarmenmarkt is the most beautiful place in Germany, if not all of Europe. This graceful square was built at the end of the 17th Century and is enclosed by three magnificent buildings: the Franzözischer Dom (French Cathedral), the Deutscher Dom (German Cathedra, and the Konzerthaus (Concert House). One of Berlin’s most magical Christmas markets is set up at Gendarmenmarkt during the festive season.

Built in the late 19th century by Kaiser Willhelm II, this church suffered significant damage when an Allied bomb hit it during WWII. After the war, a new church was constructed over the remains of the original one, retaining the damaged spire. The church is now a memorial to peace and reconciliation. A photo of the Kaiser Willhelm Memorial Church will be one of your most impressive in Berlin!

What was everyday life really like in East Berlin under communist rule? A trip to the DDR Museum will give you a real hands-on experience. With a replica of a high-rise tower block, visitors are encouraged to explore the way that people lived during this difficult period. This is no ordinary, passive museum experience; it is very much interactive and sensory.

How could you visit Berlin without a spot of shopping at Europe’s largest department store? KaDeWe (Kaufhaus des Westens) is a shopping paradise in west Berlin. Encompassing an area the equivalent of nine football fields, this is the largest and most legendary department store on the continent.

On the site of the former SS Gestapo headquarters, which has been destroyed, lies the Topography of Terror museum. The exhibition documents the history of the institutions that terrorised the population between 1933 and 1945 as a consequence of the Nazi regime. Attracting over 800,000 visitors per year, the Topography of Terror exhibition is one of the most popular memorials in Berlin.

Three soviet memorials were erected in Berlin after the war by the USSR, but the most impressive is at Treptower Park. Covering a total area of 100,000 square metres, it’s the largest of its kind and also serves as a war cemetery for 5,000 Soviet soldiers. The memorial contains a number of frescoes that depict the course of WWII as well as commemorating the Red Army soldiers that were killed during the conquest of Berlin. This structure is also the largest anti-fascist memorial in Western Europe; evidently an important site to visit.

Have you been to Berlin? What attractions would you recommend to visitors?