The Taj Mahal is one of the most iconic buildings in the world. It was built by the Mughal emperor Shah Jahan as a mausoleum for his wife after she died during childbirth. There’s a reason it’s one of the Seven Wonders of the World – it’s absolutely exquisite.

I was a little dubious before visiting because I’d heard mixed reviews about what visiting it is like. Some people had told me that it’s no longer that great whereas others had been completely blown away. I was definitely more in agreement with the latter, I thought it was incredible. I’m very snap happy anyway but as soon as you see it, it’s photograph overload and you just can’t stop, every aspect is so beautiful.

So I thought I’d compile my tips for photographing the Taj Mahal and making sure you don’t miss out on anything. All the photos in this post were shot on my iPhone 6. I’ve been finding that it often takes better photos than my camera, so don’t underestimate the quality it can provide! 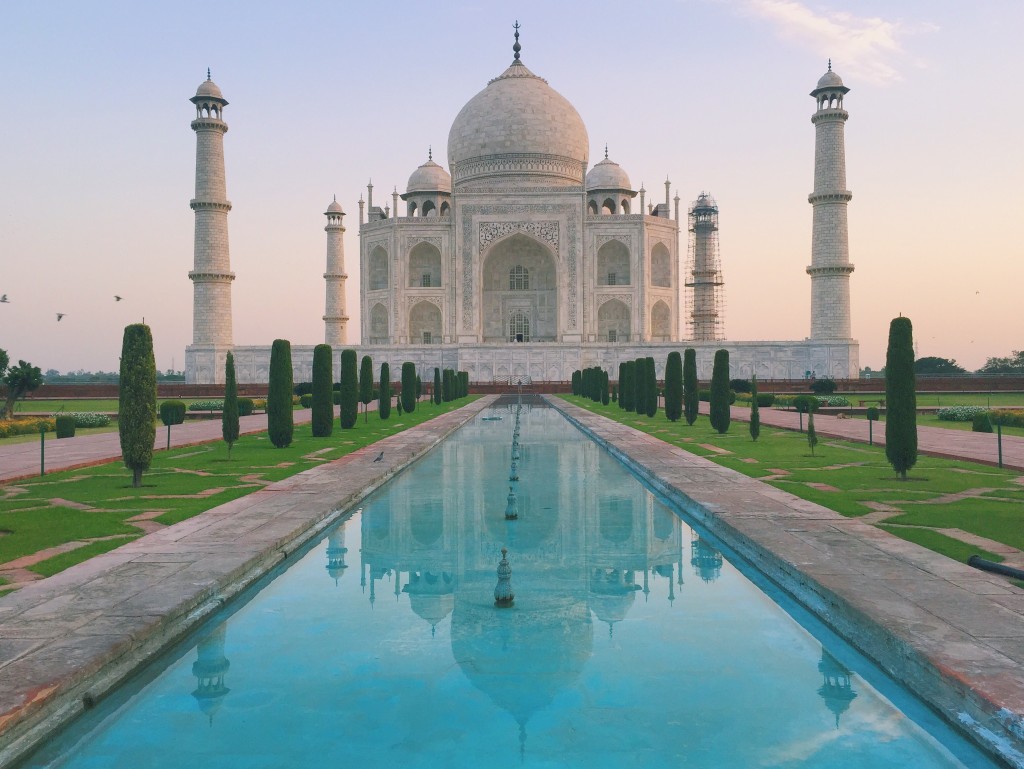 I cannot stress this enough! If you want a picture with no other visitors in then you’ve gotta be up there in the front of the queue! We arrived at 5.15am, forty-five minutes before they open. And yes, we were at the very front. But don’t you reckon a photo like the one above is totally worth the early morning? You may only be there once in your life so why not make the most of it and view this beautiful piece of architecture with as few people as possible! Sunrise is also the most beautiful time of day because the colours and light are exquisite. 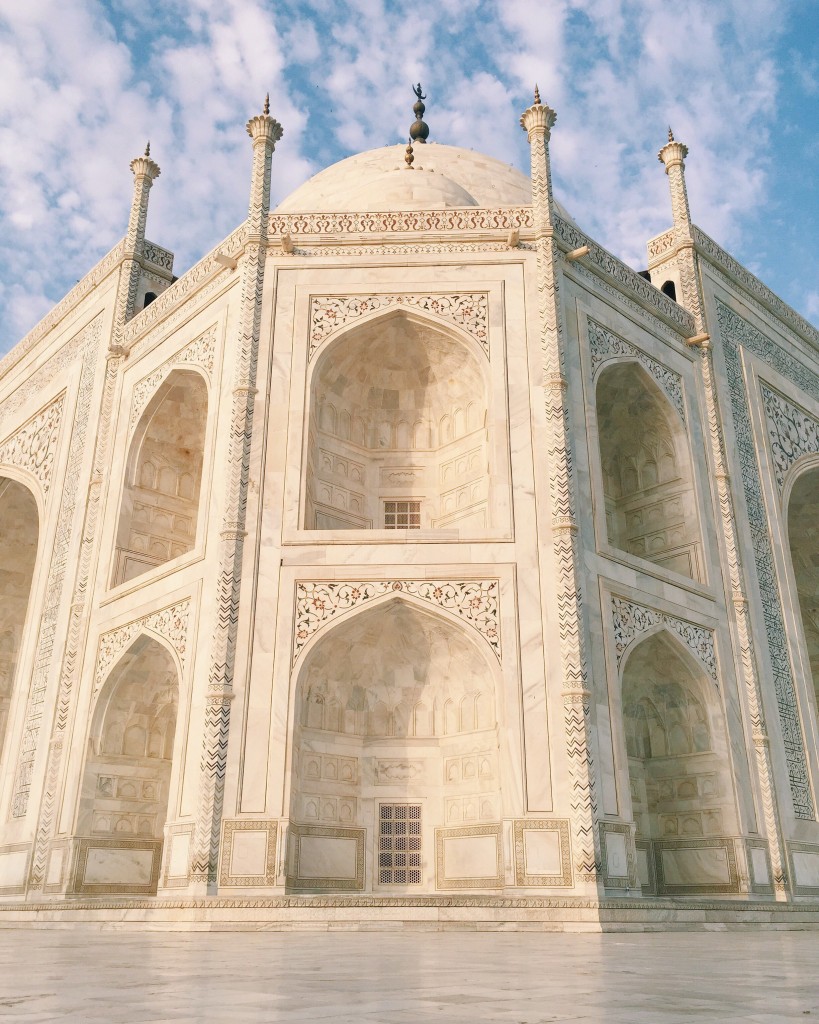 2. Lie on the ground

You may be thinking, um what? But seriously, you’ll get such great perspectives and images from down there. And yes, I’m fairly sure many of the other visitors thought I had lost the plot. But did they get a photo like this? I think not. Just make sure you bring some hand sanitiser for afterwards and prepared to get a couple of weird looks. 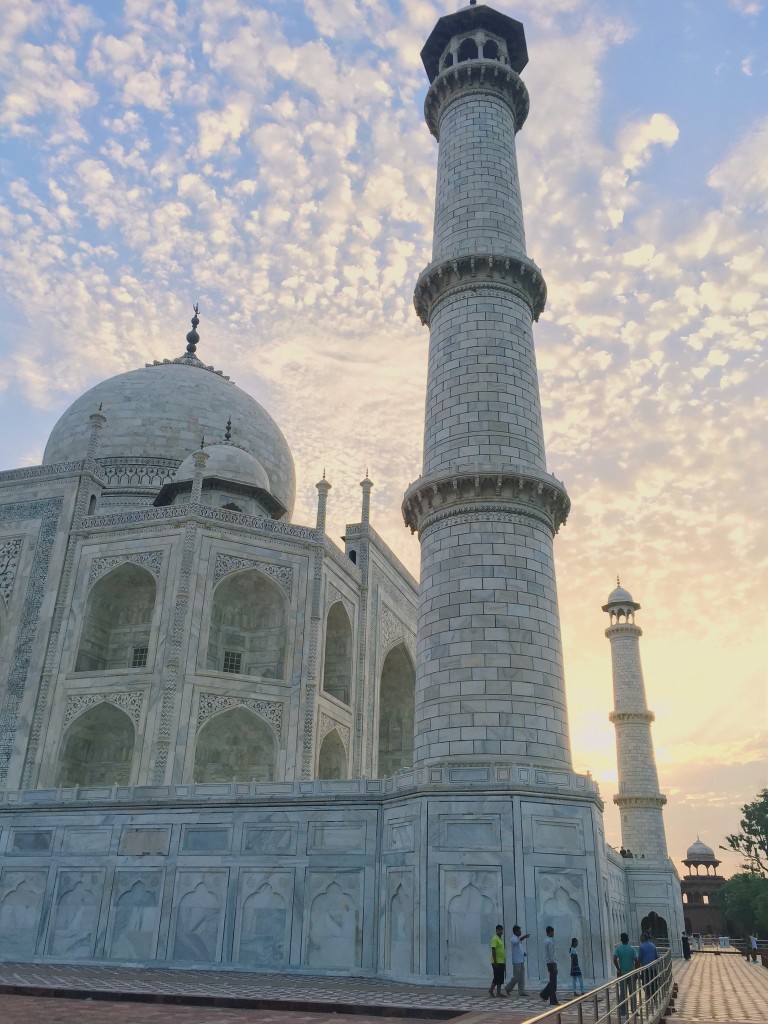 While some of the most stunning images are shot of the whole mausoleum from afar, some of my favourite photos from the trip there are of the building from different closer perspectives. Don’t just restrict yourself to the whole building, take time to appreciate the way the light reflects off of all the different sides and the ornate details that are so intricate it’ll make you question how long it took someone to do that. 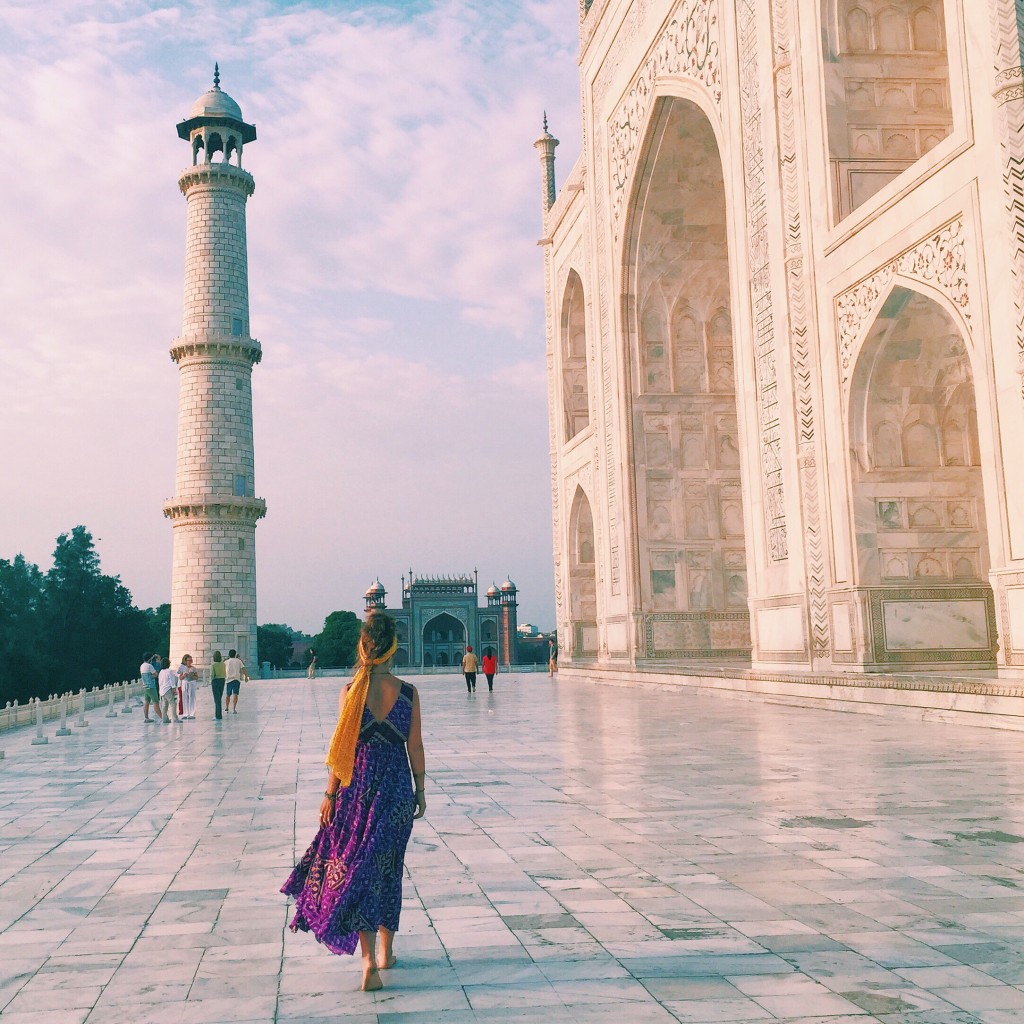 If you want some really stand out photos then you definitely need to think about that outfit. I’m not usually someone that thinks in that greater detail about this kind of thing but I thought for the Taj Mahal it would definitely be worth it! By the time we visited we had already purchased some beautiful silky dresses so I decided to wear the brightest one I could find, which is the vivid purple you can see. The mausoleum is so white so the bright colours stand out even more and colour also adds a new focal point and dimension to the picture. If only I could have got rid of all the other little people around… 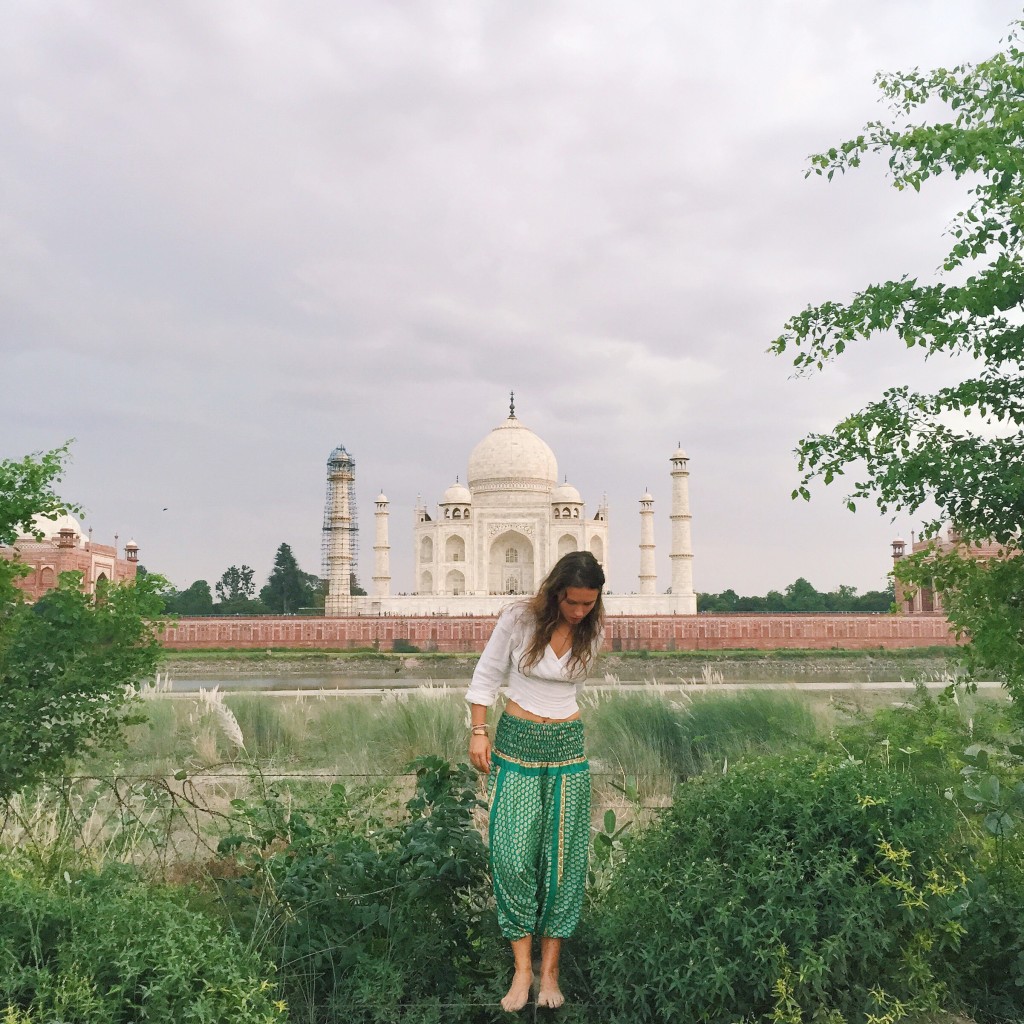 5. The back door view

There’s a sneaky (or not so sneaky now that I’ve told you!) place to view the Taj in all it’s glory from an entirely different perspective. If you ask your tuk tuk driver to take you to Mehtab Bagh then you’ll not only have a very pretty walk through the Mughal Garden but you’ll also get to see the Taj Mahal from a slightly different perspective. I loved seeing it from here because you’re standing in a more rural setting which makes the mausoleum appear even more exquisite in comparison.